Migration of bat in Canada, and to Canada by bat group member 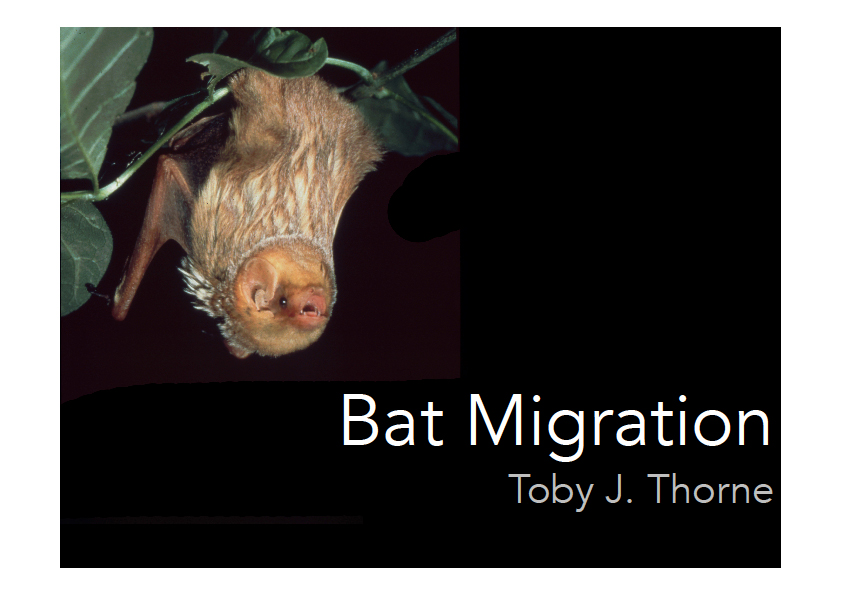 Toby Thorne first got involved with the bat group when he was 15. He has always been keen on bats and helped out on a lot of surveys and took some brilliant photos, even when he was at Oxford. He played and even more active role in the North Bucks Bat Group.

Two years ago he headed to Canada to do a Masters degree with Brock Fenton, a very eminent bat biologist.

Toby has recently obtained his masters and has come back to England for a bit.

He very kindly (foolishly) offered to do a talk on his work for the Bat Group and last night gave an interesting and witty talk to us. He has had a lot of practice at public speaking and dealt with  “heckles” very well. (We do good heckling)

It was good to meet up again and as we would expect he had some nice photos to show us.

His research involved using static bat detectors and analysing some 3 million calls. He was quick to point out he did not do this by hand, but used automatic software, but as with all automatic bat ID, the software was only about 20% accurate for some species. ( Toby checked 5% manually and the  results from these species had to be discarded). There was enough material to begin to get an idea of migration over Lake Eyrie and Lake Ontario

As always with bat research the research raised lots of questions, which will give another student work to do

This entry was posted in Uncategorized and tagged canada bat mibration. Bookmark the permalink.