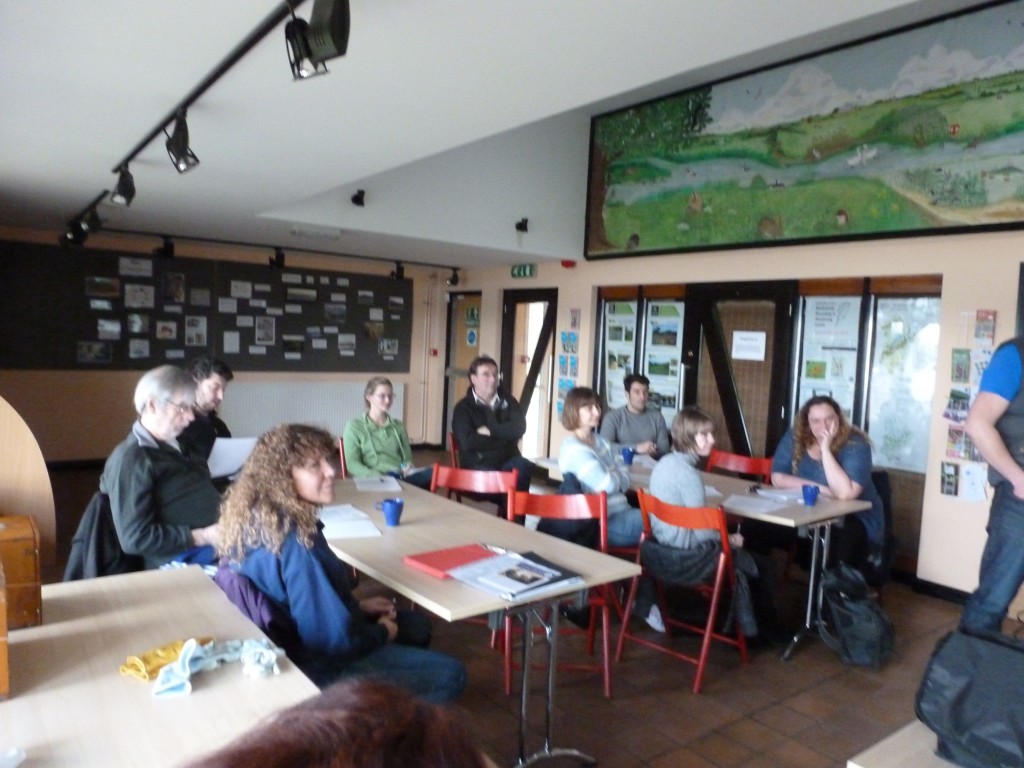 Simon dropped by first thing to pick up coffee making stuff and the screen and projector for this morning’s Roost Visitors’ course. Not long after there was a plaintive call. Simon has a very modern laptop which doesn’t have a port to add a computer projector, so Bob and Jude shot up to Priory with Jude’s somewhat older laptop.

Once we established that (a) it worked and (b) Claara , Martin  and Soggy were in attendance and so there was no need to stay and heckle, we were about to set off when Danny popped in – on his way to check the Priory Bat Boxes, and he and Bob spent a few minutes discussing the analysis of stats for the Priory Box Project

We left them too it with Simon leading the session, Martin doing a session on bats and the law and Soggy with her captive bats.

Three of those attending wanted to go ahead and train as roost visitors and were told to contact Natural England to register and Danny to get a letter asking their GP to vaccinate them against Lyssavirus.

Those interested in getting as scientific licence were told to liaise with Bob. (This is a practical based licence and needs time spend in the field).

This entry was posted in Uncategorized and tagged Natutal Enland, Roost visitor training. Bookmark the permalink.