Over the years we have had a lot of support from Sam Bedford at Bedfordshire Wildlife Rescue, who has always been generous in giving the group advice – especially in the early days of bat care.

We used to meet up at events and several times she offered (jokingly) to take the captive Noctule off her hands – though we always refused and made sure it did not get slipped into a pocket.

Bedfordshire Wildlife Rescue looks after lots of different types of animal, including bats. 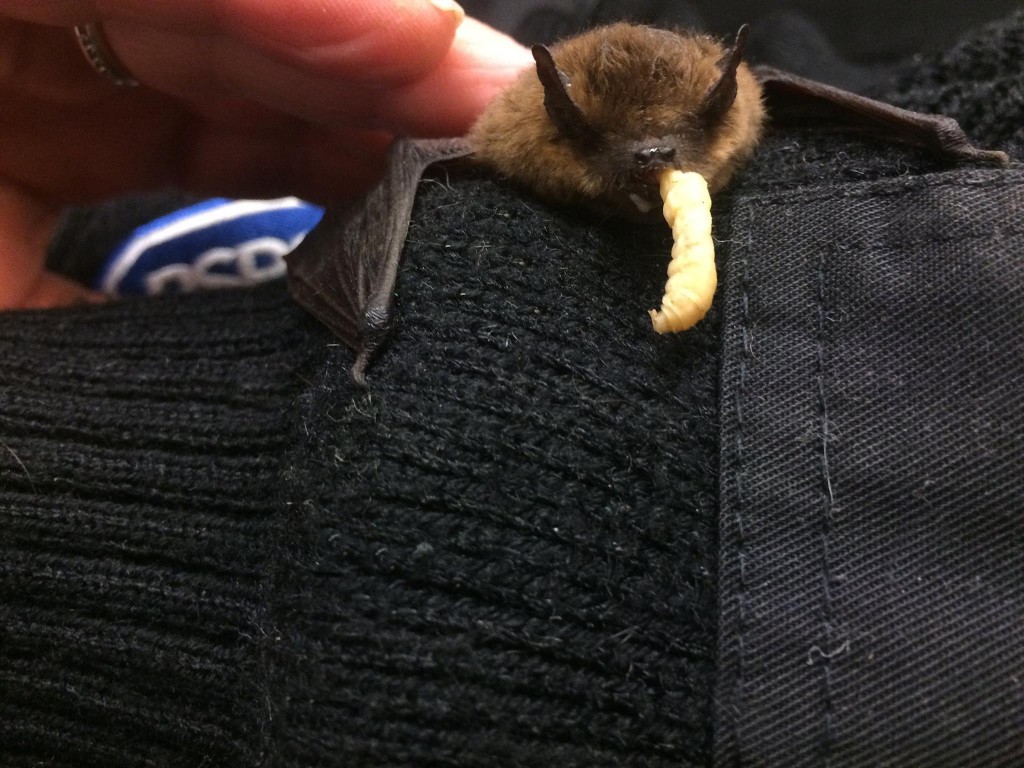 “This little Pipistrelle Bat came in this afternoon from the RSPCA! He has woken up from hibernation with some sort of hair or fibres around one wing which meant that he couldn’t stretch the wing out. As a result, he couldn’t fly and ended up on the ground where he got very cold. The fibres have now been removed, he’s been warmed up and is enjoying a snack. As its going to be very cold tonight, we’re going to feed him up, let him rest and release him tomorrow evening. He is a really feisty little guy”.

I do wonder whether he had got tangled in some breathable roof membrane that I mentioned yesterday, and wish his a successful release

Bedfordshire Wildlife Rescue is a small and very busy organisation, and most of their work is focused on birds. They are well worth checking out and supporting

This entry was posted in Uncategorized and tagged bat care, Bedfordhire Wildlife Rescue. Bookmark the permalink.