A surprise find at the first Stockgrove survey of the year 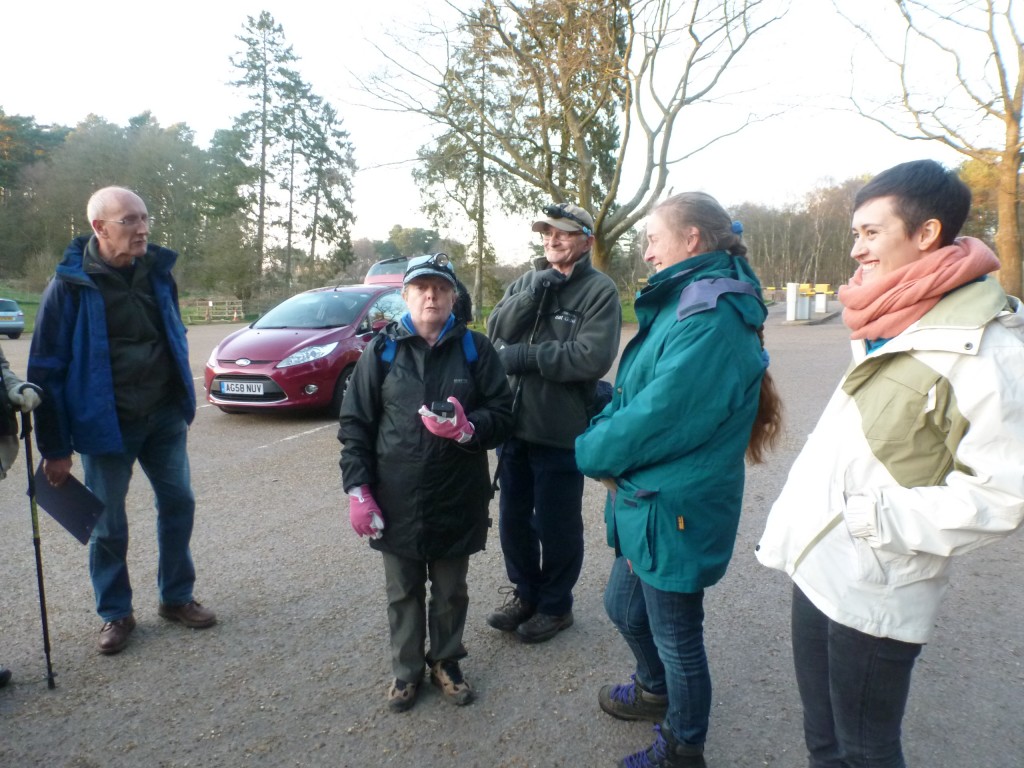 The rest of the group were hiding at the time. I took this,Getting everyone in the same place was as impossible as herding cats Photo Jude Hirstwood

Eleven of us turned out for the first Stockgrove survey and Dick and Geraldine took delight in returning Angie, whose knee has now recovered, back the reins

The man group split into two in order to check the newly installed boxes as well as the older ones. We were not expecting to find any boxes occupied this early, but one of the older boxes had four brown long eareds in, which we were able to count out

Flying bat activity was low, which is usual for this time of year, but we heard common and soprano pips, Daubenton’s and a lone Noctule.

Bob took a walk in  public part of Bakers Wood which was very quiet apart from a couple of soprano pips and a barbastelle. Dick and Geraldine thought they heard a barbastelle the end of the lake.

Jude had her first go at walking in the dark with her nordic poles and managed fine, even when we had to pick our way past masses of toads on the main path at the end of the evening – including a mating pair who were not going to move for any of us.

She spent the evening making a static recording and when we analysed it there was a single Nathusius pass; the first record for this site, despite looking for it for a couple of years. So that means we will be back trapping later in the season to see if we can catch and ring one for the National Nathusius Project. It was a beautiful clear  cold night and by the time we left we had to drive back through mist on some of the roads.

Thanks to Angie, Dick, Geraldine, Angie’s friend whose name I failed to get, Viv, Malcolm, Geraldine, Richard, Tori and new member Vicky who being very supple and fit was volunteered to hold the torch beam over the water for the Daubenton count. We counted six passes