After the excitement of the Nathusius cal at Stockgrove on Monday, Bob and Jude went back on Tuesday night to have another listen. We had no luck with Nathusius but the Noctule were making some very strange social calls.

On the way back to the car we found a courting couple on the middle of the path, perhaps assuming they had the park to themselves. Bob couldn’t  resist photographing them in flagrante. 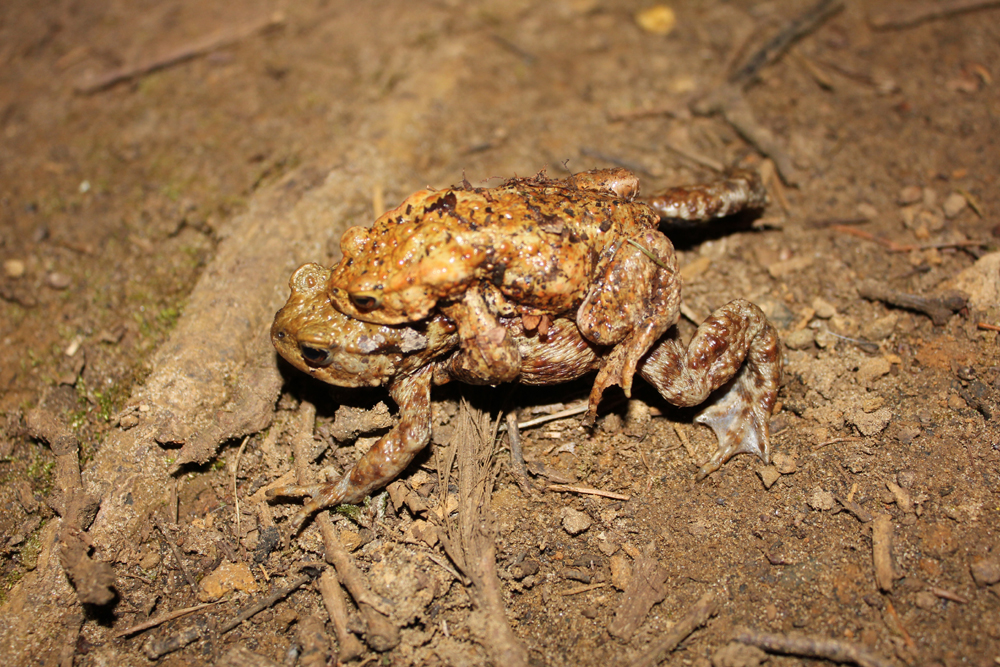 Perhaps this was the Noctules were getting so excited about

When we got home we had a look at the calls we had made. One of the softwear analysers thought we had a Bechstein’s. Highly unlikely as all attempts to get one in Bedforshire proved a dismal failure. We contacted Lia Gilmour at Bristol University who did her masters on Bechstein’s

She  and her colleagues agreed with us that it was probably a Natterer’s.We are not downhearted. We have been visiting this site for more than 25 years and have never picked up one before.

This entry was posted in Uncategorized and tagged Natterer's, Stockgrove. Bookmark the permalink.