On Monday night Soggy was able to release a brown long eared bat brought into care last week. This was thriving and seemed very keen to head off back onto familiar territory

This leaves just one bat in care, which was collected at the end of last week by Angie. 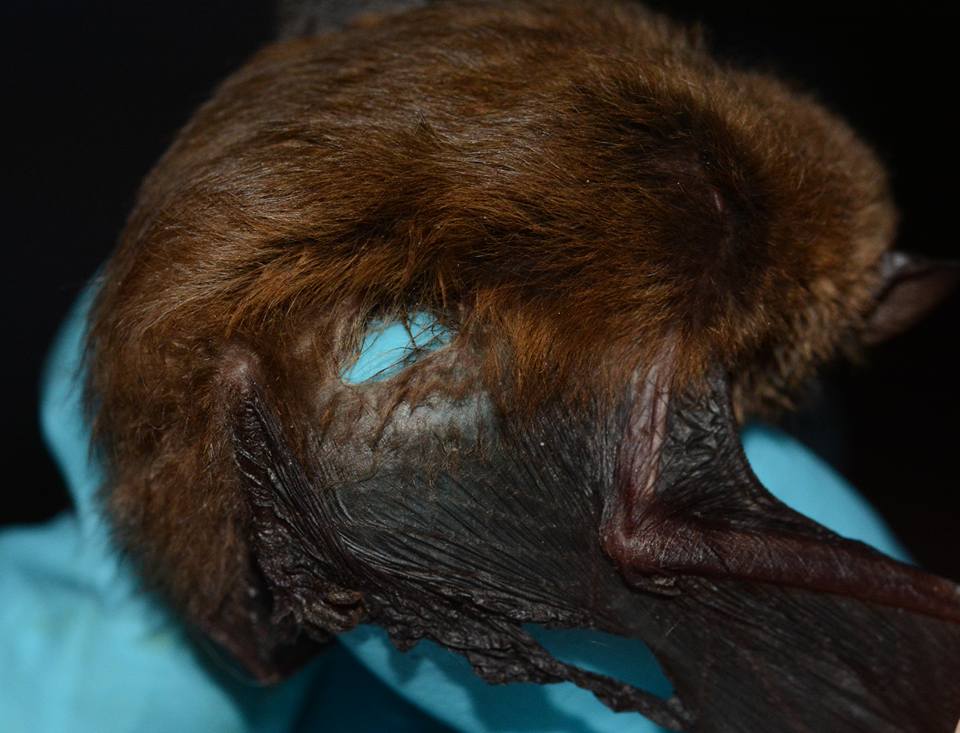 This poor thing had been mauled by a cat and the cat’s owner had rescued it. As you can see from the photo the wing has been badly torn. Fortunately bat’s wings heal quickly, but there is a danger that it will have picked up an infection from the cat’s teeth, (cat teeth are notoriousl;y bacteria laden) so antibiotics are being given. Keep your fingers crossed.

The woman who called us has gven the Bat Group a donation, for which many thanks

This entry was posted in Uncategorized and tagged bat boxes, pipistrelles. Bookmark the permalink.