A new bat for Bedfordshire

We went trapping Wednesday night and were joined by Daniel Hargreaves and his to harp traps and lures.This meant we had four of them to set up. It was a steady evening at first and we caught pipistrelles, Natterer’s and Brown Long Ears. As the night drew on we were delighted to catch a Brandt’s bat. Once we had processed it , it was not keen to fly, but was happy to scuttle up Danny’s arm and make his way onto his back, as you can see in the photo below. After a while the bat took off and flew back into the night. 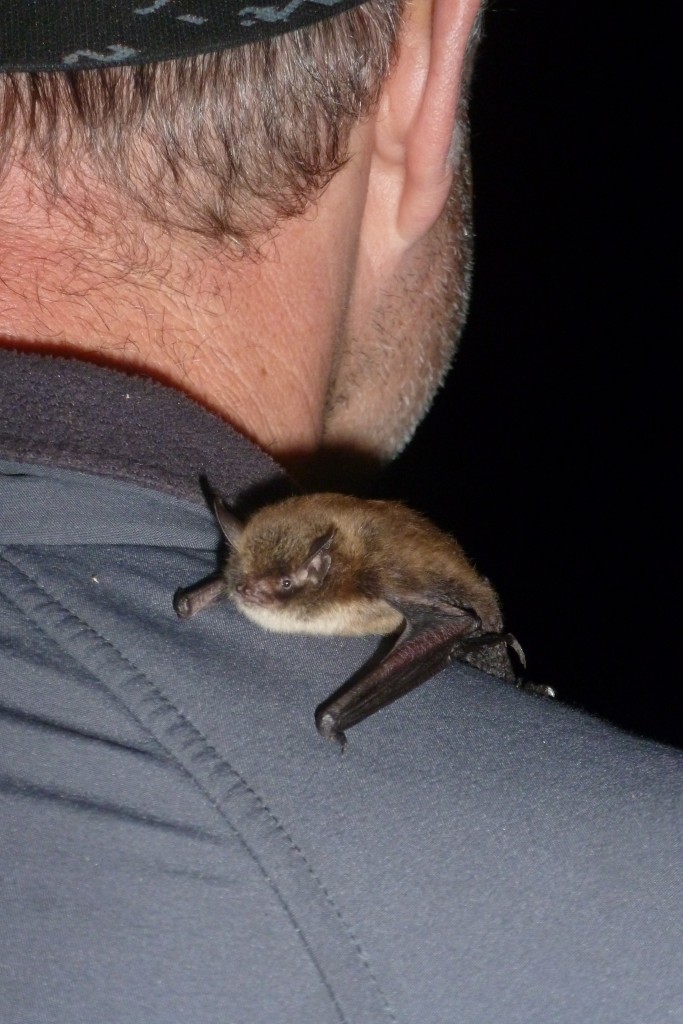 As if this were not enough, we then began to catch more bats and within the next hour or so we caught not one but four whiskered bats- the first time they have ever been caught in Bedfordshire 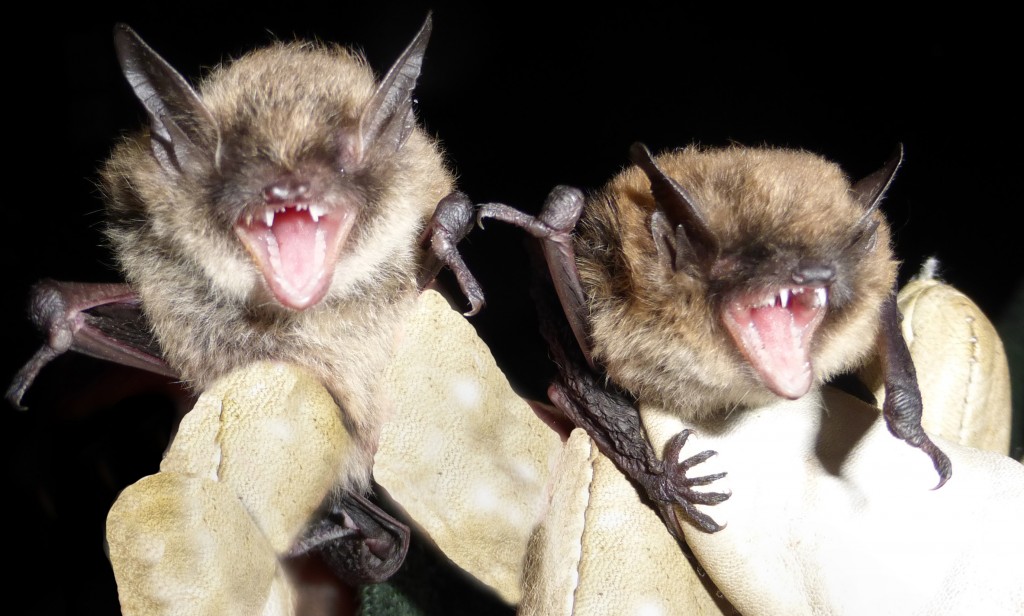 Whiskered bat is on the left, the Brandt’s is on the right. Photo Bob Cornes, tweeking of image by Hedj Dollman

Whiskered and Brandt’s are not easy to tell apart, but Daniel and Bob agreed their ID and we collected a dropping for DNA analysis.  Danny  was dead chuffed as he had never seen either bat before) It was 3 am by the time we got home.

We did not catch a barbastelle but we picked up several passes on a bat detector. A night to remember and as we explained to Brandon and Tommy , this was not a typical night’s trapping

This entry was posted in Uncategorized and tagged Brandt's bat, whiskered bat. Bookmark the permalink.