Posted on September 6, 2015 by batsinbeds

Unable to resist the lure of the lure, Bob Tony and Hazel were at Potton.Wood on Saturday and succeeded in catching two barbastelles

On Tuesday Bob checked the boxes at Center Parcs and found a couple of pips. He tried trapping that night, hoping for a Leisler’s but it was a cold night and all he caught were some sopranos. 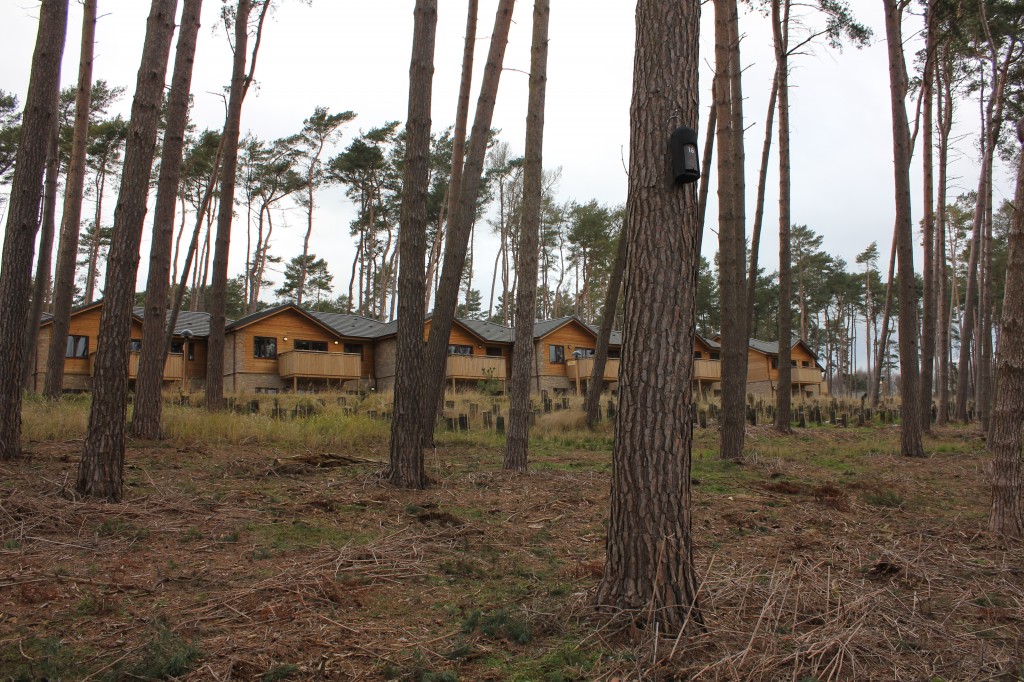 On Wednesday we were joined by another member of the Jersey bat group. Miranda arrived in time to  try trapping at Rushmere, we heard barbastelles, Myotis and pips early on. Then the rain started and all that was caught were a heap of raindrops. The bats had more sense than us and gave the rainy night up as a bat job. The pips song flight was postponed

On Thursday we took Miranda to see the Kent Boxes at Priory, were thank goodnes some of the bats were at home. Then Bob went  to Kings Wood to try looking at some of the Schwegler boxes, which co-operated by having a few pips in them, That night we headed to Lakeside. The numbers are decreasing but Miranda succeeded  in hand netting two sporanos and also took a solprano out of a net Bob set up.We had promised ourselves a bat free night on Friday, but we were joined n Wednesday yby Mickelle,who livs on the edge of Rushmere and she invited us to have a look to see if there were bats in residence ather house or the house next door. We didn’t see anything come out of the neighours house, but we heard barbastelle, comn and soprano pips, a noctule and were able to confirm that there was a brown long eared roost. The oicture of the brown eared bat below was taken earlier this year during a box check 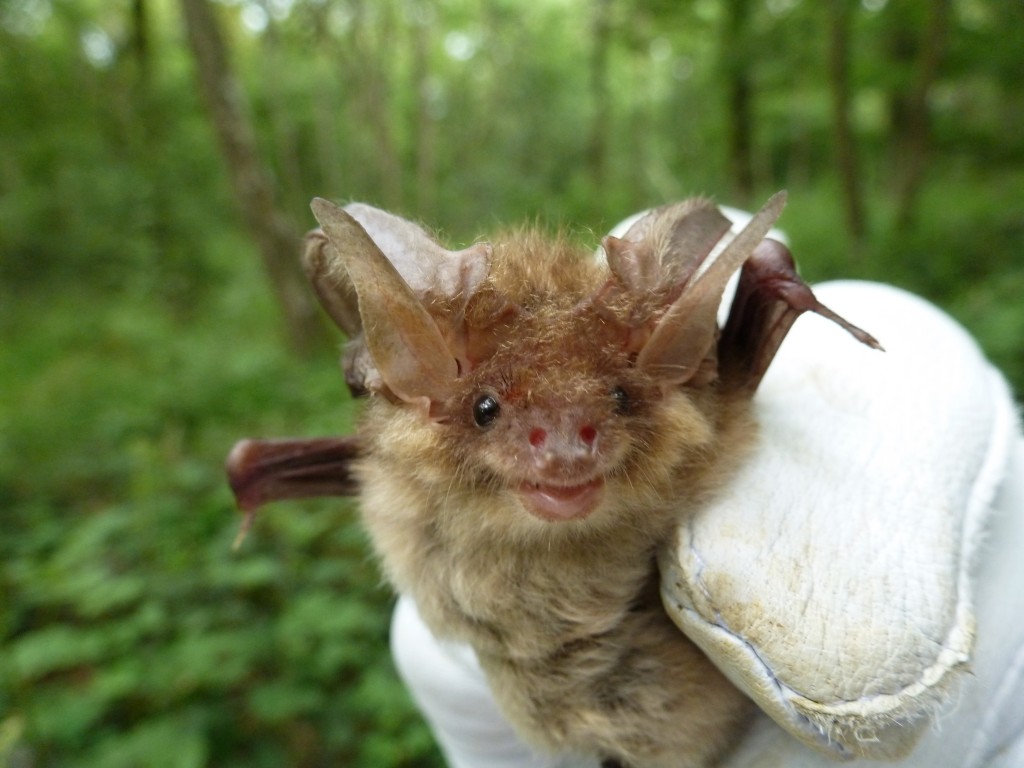 Michelle’s house. As this house is in Bucks we will be passing the records onto North Bucks,

On Friday Bob Hook organise a Wild Night at Stockgrove. As he had been so helpful when we organise the Bat Map , Bob offered to try to trap some bats. 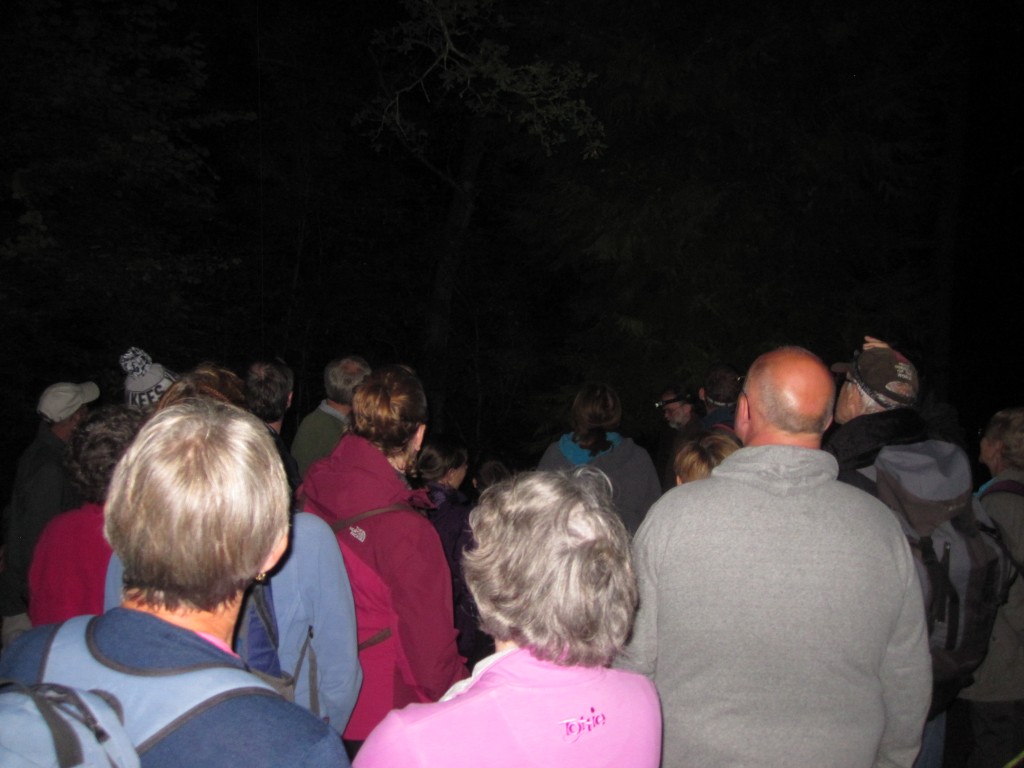 After the people had left, we caught a beautiful Noctule 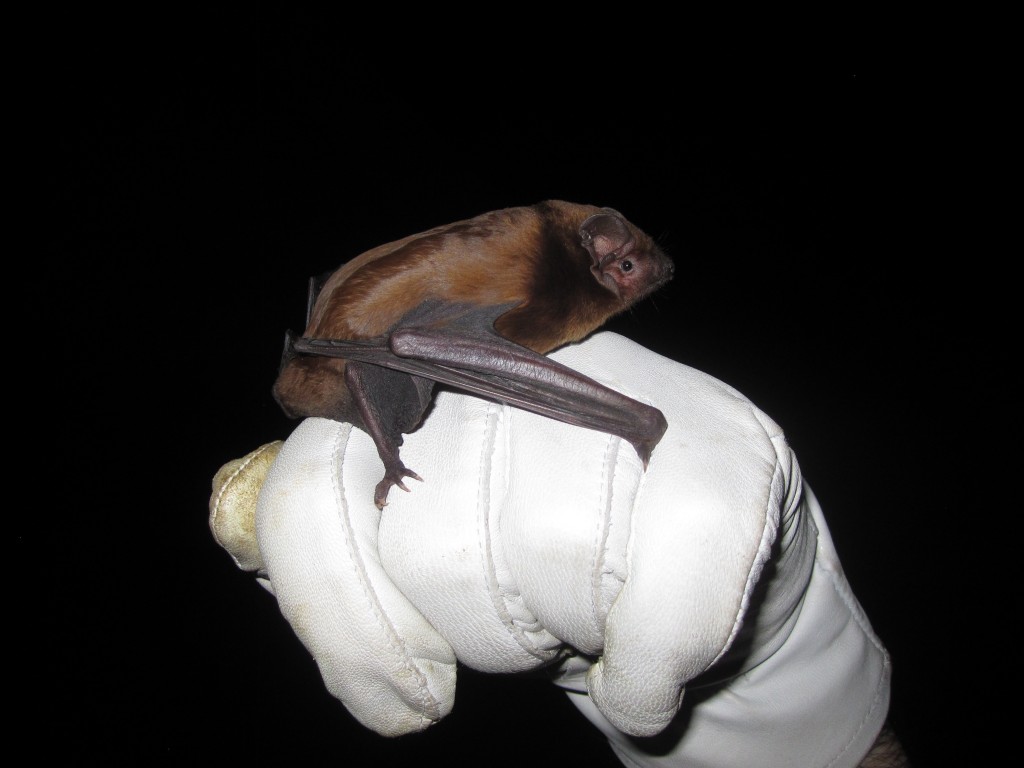 Saturday night we treated ourselves to a early night!