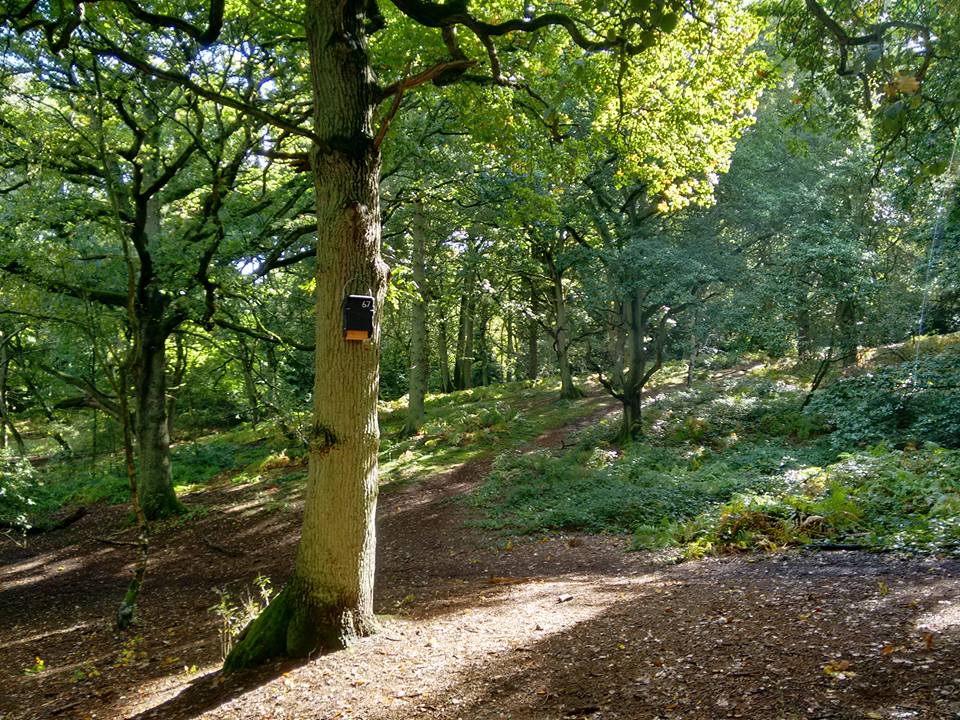 On Monday there was a record of seven bat boxes occupied at Stockgrove. Even better three of the recently installed boxes, had multiple occupancy. Bob wanted to ring them but this is an operation which takes time and several pairs of hands. He put out a plea for experienced bat extractors and so on Thursday we were joined by Keith, Danny and Nicky,

There was a degree of nervousness  on our part that all the bats had moved on, as people were giving up their days off to help and though there were fewer bats in two of the boxes,  we were kept busy with 6 in the first, 7 in the third and 16 in the second.

Despite our best efforts an additional two bats made off into the daylight. It took a long time to check if the bats were ringed and ring the ones that weren’t.We had a really efficient production line, with Jude recording data, Danny and Nicky processing bats and Keith and Bob ringing and checking rings. 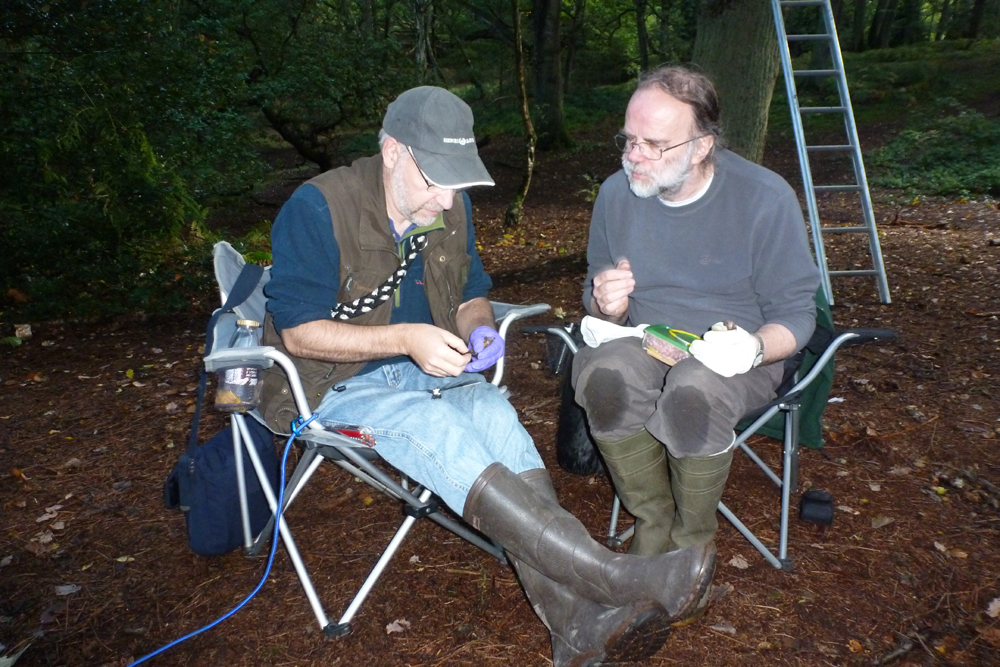 We caught one previously ringed bat, who was ringed on the Wild Night Out earlier in the month  and was found in a box near to where the original capture occurred

As the day wore on and the blood sugar fell, we went through a stage when it was really hard to concentrate  (there was a huge increase in the degree of double, nay treble checking and several games of “hunt the nipple”) so retreated to the cafe for lunch before heading off to the last box.

When we finally finished, Keith stayed behind to look for more fungi., while we headed off for a brief rest before our next adventure

An additional bonus was that Keith is a fungus freak and he was pointing out some amazing fungi to us. Though we did manage to spot some ourselves 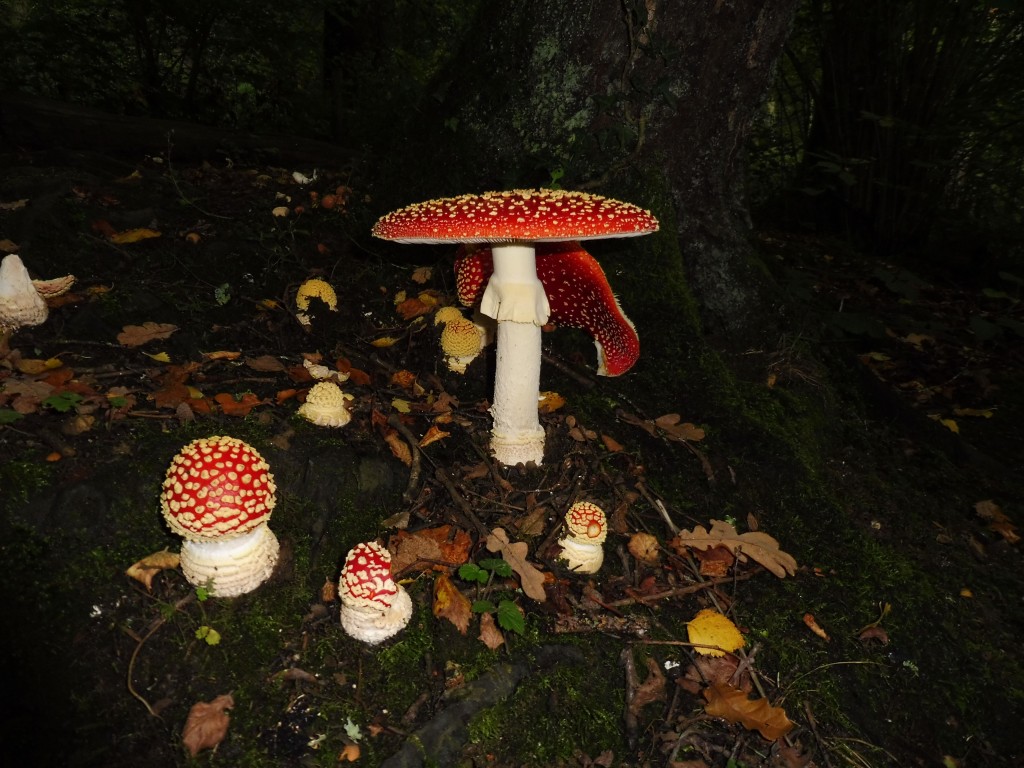