We had a very busy committee meting, once again fortified by Dick’s lovely gluten free sponges. Lisa Worledge was there from BCT to renew the Partnership agreement and we had a very full agenda, as we discussed plans for next year.

We fixed the AGM for 8th April  2016 and the talk will be about the Greater Stockgrove BatMap weekend . 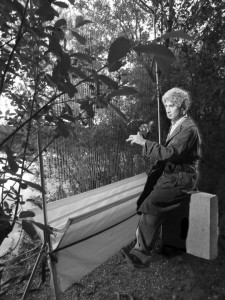 We have decided to spend the money from data searches on getting another harp trap as we have been able to borrow one of BCT’s this season, but they need it back. Using harp traps has increased our capture rate markedly as we learnt more about where to place them.

The list of possible things to investigate next year grew some more  and Viv and Malcolm agreed to take on the bat box checking in Luton and also volunteered to check the bats emerging from Whipsnade Museum.

This entry was posted in Uncategorized and tagged committee meeting. Bookmark the permalink.