Posted on November 6, 2016 by batsinbeds 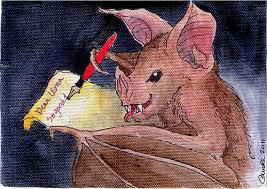 Bats and other protected species in the UK  are protected by a complex blend of legislation. UK law protects them and so does EU law. At present, all this legislation stands and there has been no change to the legal protection of bats and their roosts. When the UK formally leaves the EU, European legislation will no longer apply in the UK (although this will depend to some extent on the terms which may be negotiated for a future relationship between the UK and the EU). Most protection for bats will still apply, though, because it is covered by UK laws.

However, changes and adjustments to UK law have been made over recent years in the context of European legislation and it seems likely that future changes will be made as UK law becomes uncoupled from European law. There is a risk that such changes may, over the next few years, weaken the legal protection for bats in the UK.

As the government works on the details of the effects of leaving the EU, it is important to keep bat conservation on the agenda. The Bat Conservation Trust is calling for the legal protection for bats to remain at least as strong as at present. Partner Bat Groups have been be asked to play a part by writing to local MPs about this, and the Bat Group Committee has already agreed to do this by contacting the six MPs whose constituencies include parts of Bedfordshire – Bedford: Richard Fuller (Conservative);  Luton North: Kelvin Hopkins (Labour);  Luton South: Gavin Shuker (Labour); Mid Bedfordshire: Nadine Dorries (Conservative); North-East Bedfordshire: Alistair Burt (Conservative); South-West Bedfordshire: Andrew Selous (Conservative). You can find out the e mail address of your own MP at http://www.parliament.uk/get-involved/contact-your-mp/

If individuals, whether or not they belong to a Bat Group, want to send their own letters to their MPs, that can only add strength to the campaign. The Bat Conservation Trust has drafted some information on which to base letters.http://www.bats.org.uk/pages/writetoyourrepresentative.html  You can pick up the the suggested text of the letter here. text here. Obviously you may not belong to a bat group, but you can amend the letter accordingly.

Please do not be abusive and remember that this effects all natural species not jut bats. Whether of not you voted to leave the European Union , please support this  if you feel able

A copy of the BCT letter is posted here Letter to send to local MPs master FINA L as well as on their website.