The mysterious case of the fluorescent bat.

An American student is doing a PHD on white nose syndrome in bats. This a disease which is causing major deaths in the Unites States. It is now known to be caused by a fungus Pseudogymnoascus  destructans. This fungus is found in Europe but European bats do not seem to be affected. The researcher is looking at how widespread the fungus is. The Bat Conservtion Trust got in contact with a number of bat groups which have large hibernation sites We have one such site.

The work is being done under licence from Natural England ( the licance came too late for the Decedmber survey and one member of each of tghe bat groups involved has beeen given permisiion to take samples. The way this is done is very strictly controlled to minimise disturbance to bats.  The researcher wants swabs taken from bat forearms and muzzles, whibh is easier said than done, given our bats propensity to hide away 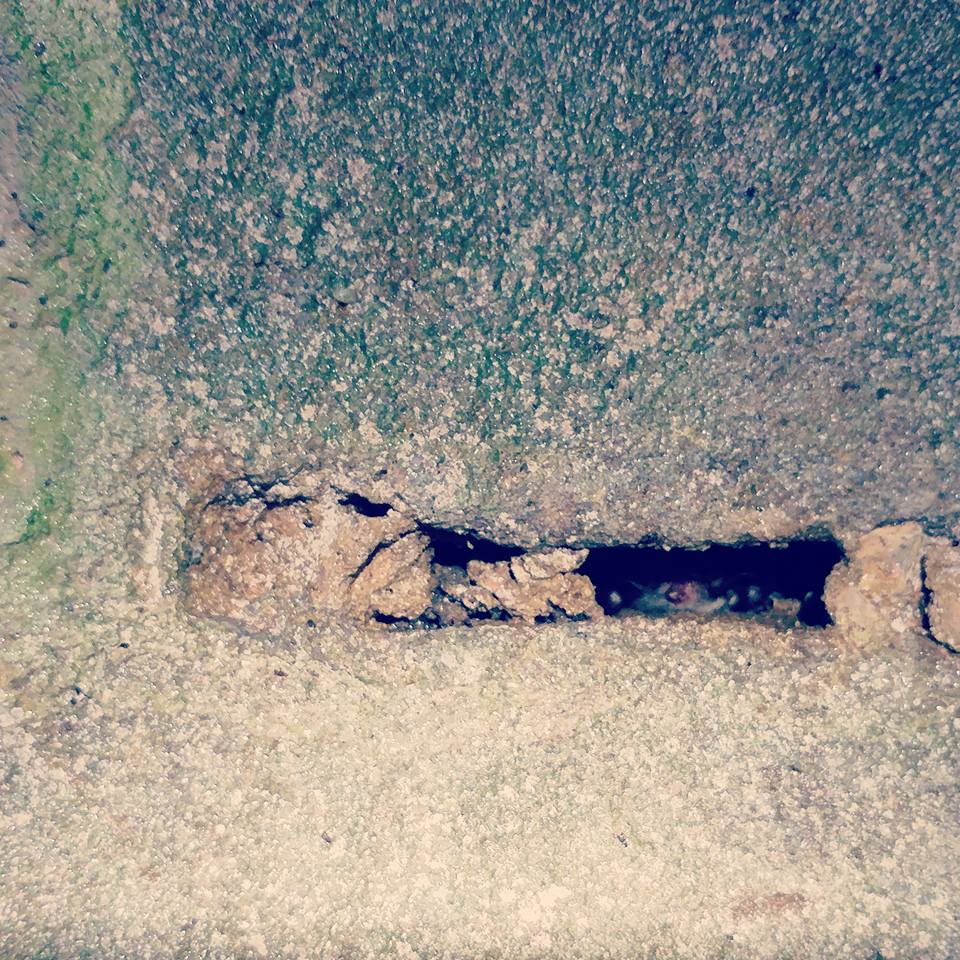 Participants are also asked to sample the substrate on which the bat is hibernating and an area nearby . Again swabs are taken. To make things simpler, they were given an ultra violet light and a snazzy infra red thermometer to get the temperature of the substrate.  (my feet in a cold room registered 15 degrees centigrade

The fungus has one useful characteristics it fluoresces orange under U.V light.We found no orange fluorescence but did observe that bats did fluoresce As thepicture below shows the ears and the forearms of some bats glowed blue. (This is not a very sharp photo because it was taken under UV light, but you get the idea). We presume it is something linked to blood flow, but are more than wiling to be corrected. 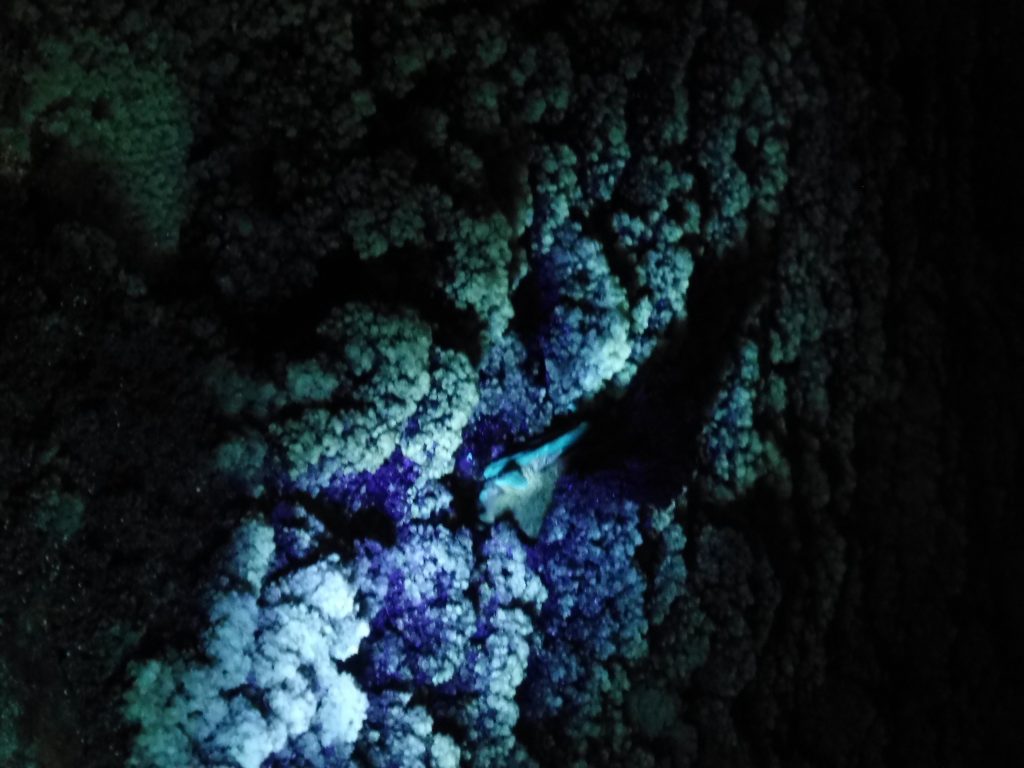 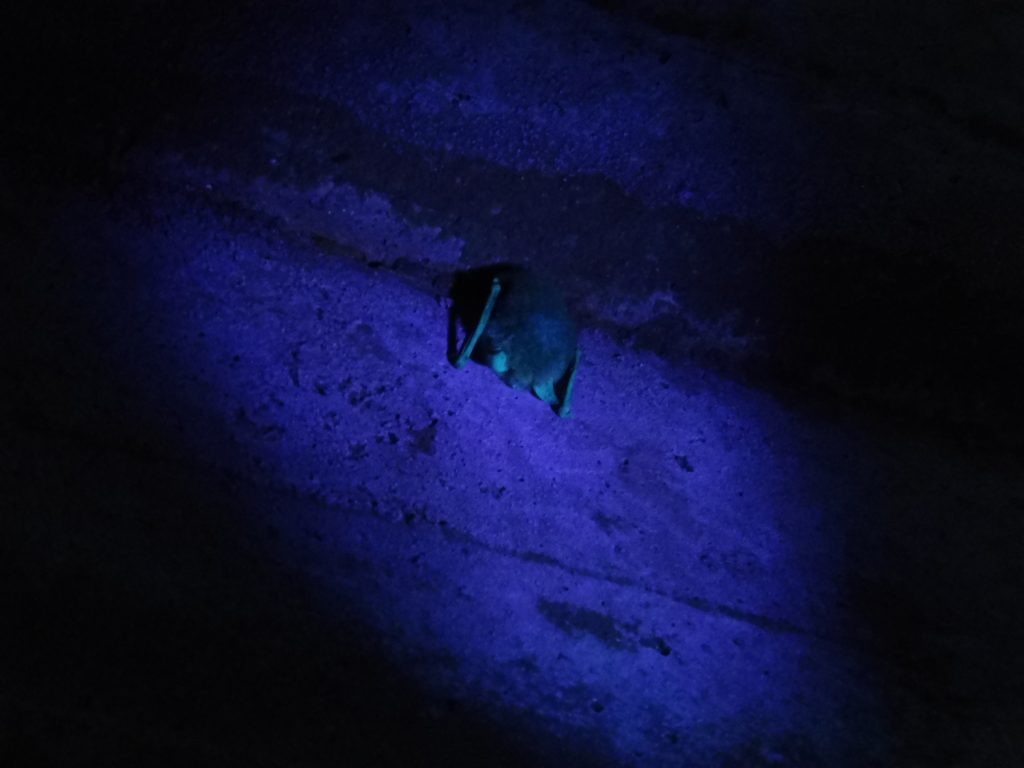