We have been excited by recent developments in our relationship with Whipsnade Zoo and had our first of a series of surveys at Whipsnade last night. A crack team of Bat Group members , taking with them the video camera , with which Hedj was going to v ideo the proceedings. We were joined by 10 Whipsnade staff and volunteers. What could possibly go wrong?

“Well that was a shortest bat survey ever at Whipsnade. Turned up and heavens opened. All stood under the thinnest tree with the silliest canopy getting wet in vague hope it would stop. Danny wanted a wallaby to use as a hat…. insert mental image here. “

Sara Brown replied with the following image which I have stolen. 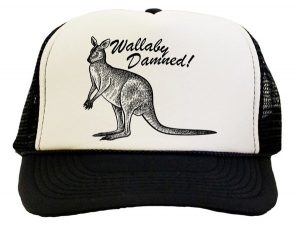 Whipsnade folk got a book mark as consolation for the soaking. We hope to arrange another survey in the next few weeks.

That’s the second survey this week which has had to be abandoned.