After our last attempt to catch bats at the hibernacula at Whipsnade was foiled by the pouring rain, we had another go.

The early evening was very quiet. This time we were watched by rhinos in a nearby paddock. Then we watched as the free ranging goats decided to investigate the traps. Tyrone , our ZSL contact shooed them off. Then we settled down to wait.  Time was passed by various attendees shared pictures of reptiles they had at home as pets. We also had time to organise a bat care visit.

Then things livened up. We were hoping for evidence of autumn swarming. Some bats return to hibernacula in late Summer/early autumn. The reason for this is not really known. It may be that they are looking for mates or checking out potential hibernation sites 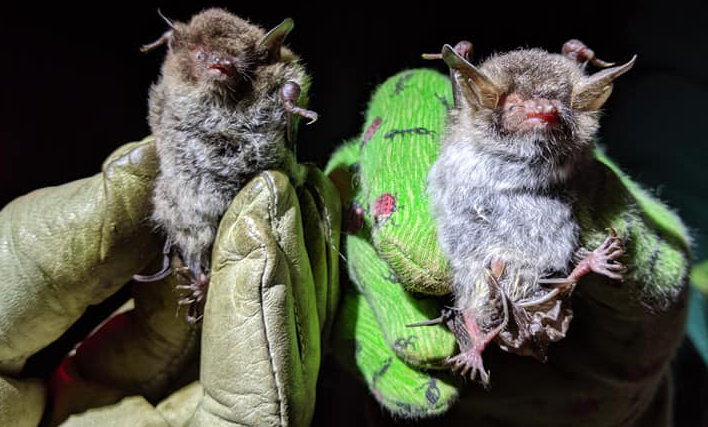 Daubenton’s on the left Natterer’s on the right. Photo by Tyrone Capel

To our delight we caught 4 Natterer’s and 4 Daubentons, both male and female, including adults and juveniles.

Because we caught a Natterer’s and a Daubenton’s in harp traps at the same time we were able to show the ZSL staff the differences between the two species. People with up to date rabies vacinations , knew how to handle bats and had gloves were given an opportunity to handle bats under close supervision` 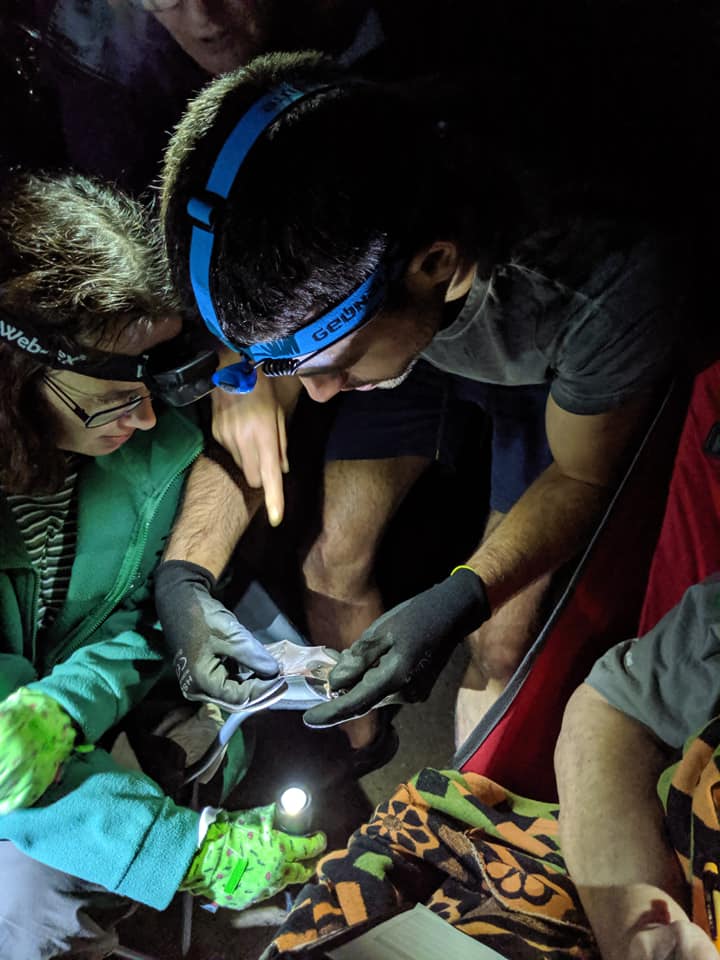 Gwen shows Luke how to decide whether the bat is a juvenile or an adult. Photo Tyrone Capel

We were amazed that some of the ZSL staff had driven  all the way from London.

We will have another go later in September.

This entry was posted in Uncategorized and tagged Trapping, whipsnade. Bookmark the permalink.