We recapture a Nathusius

In September 2015 we caught 3 species of pip at Lakeside. 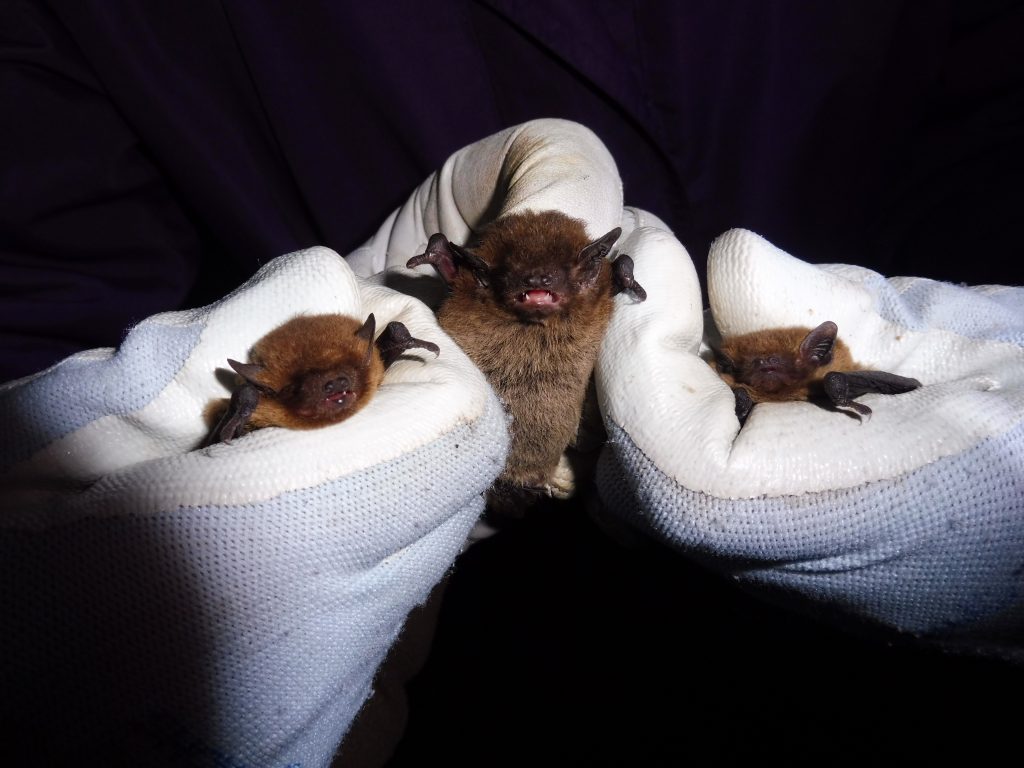 The chunky chap in the middle was a Nathusius. He was a juvenile and we ringed him. We encountered him again last night at a different place on the site He had grown into a sleek and still chunky adult, weighing 8.3 grams. As is usual his genitals were peered at and judged to be in full breeding condition and had unusually big epididymes (where he stores his sperm). He was a feisty beast who did not approve on being handled and flew off swiftly on release.

This entry was posted in Uncategorized and tagged Nathusius pipistrelle, Trapping. Bookmark the permalink.