A good outcome for an injured bat

We got called to a brown long eared bat which had got trapped on fly paper, Fly paper is horrible stuff. If you must use it, please enclose it in mesh e.g. a bird feeder. Brown long eared bats are gleaners i.e. they take insects off leaves rather than catching them in mid air.. Unfortunately those big ears are all to likely to get caught.

This bat was nicknamed Sticky Lizzie. The gruesome photo by Bat carer Dave was taken after she had been  bathed twice in Star Oil to remove the worst of the goo. She was understandably angry and initially refused food. She then would take wax worms from tweezers. She calmed down and the next day ate the wax worms and allowed Dave to remove more stickiness. He took her to the flight cage where she flew strongly and was hard to recapture. So, yesterday one healthy bat was released where she was found, after  a week of TLC  (the fly paper has been caged), so we don’t have a final after treatment shot. 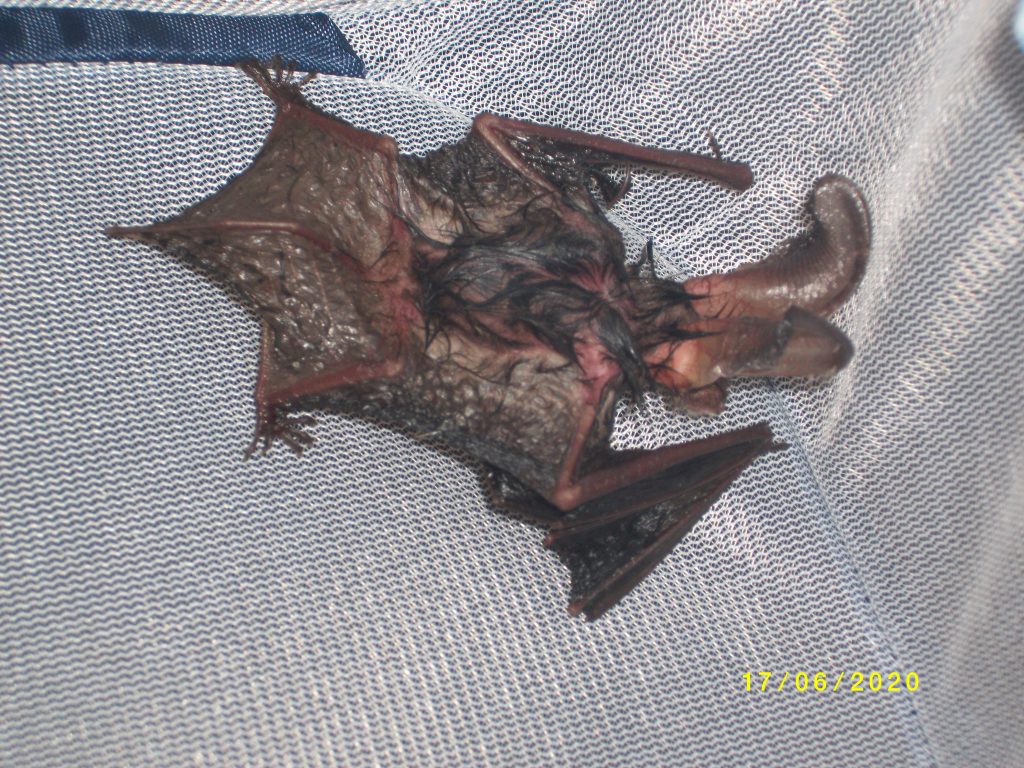