This winter has been milder than last year’s, so we weren’t expecting  high numbers when we did the January survey. But we were wrong. Numbers were good again with 150 bats in all and surveyors will tell you it was quite cold out. 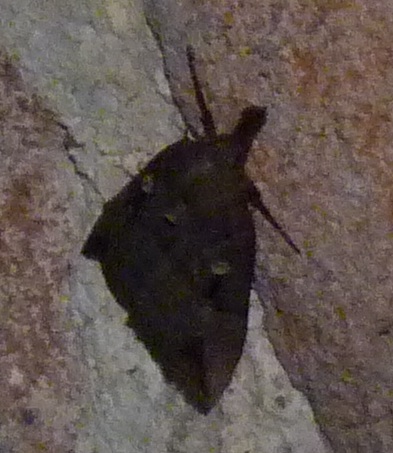 On Saturday we had Mark Telfer with us who is an insect enthusiast. This meant that he realised that a moth that was spotted was a rarity. This was confirmed by the Moth recorder for Beds
This is, I am reliably informed a hibernating Buttoned Snout. ( I just love the common names of moths) 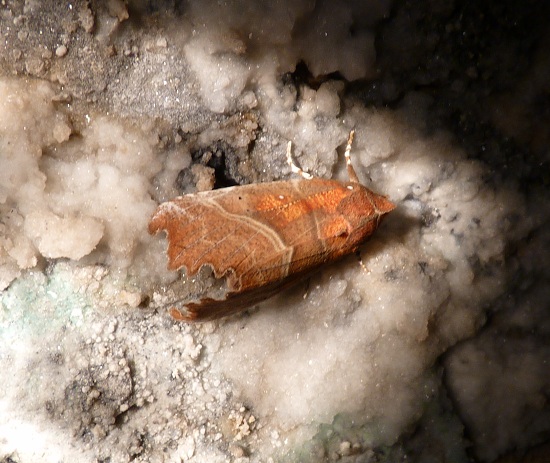 We also found some Herald Moths , but they are more common in hibernation sites

But let us be honest, these were merely welcome diversions. What was being looked for was bats and we foud 150 of those,,some of whom were in rather strange positions. 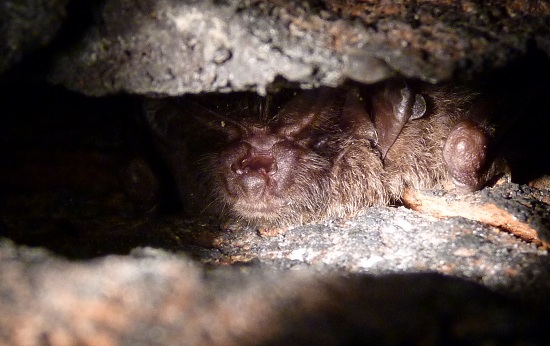 Barbastelles usually hide in crevices,, as the photo on the left shows. Their frosted fur is a giveaway when it comes to identification. 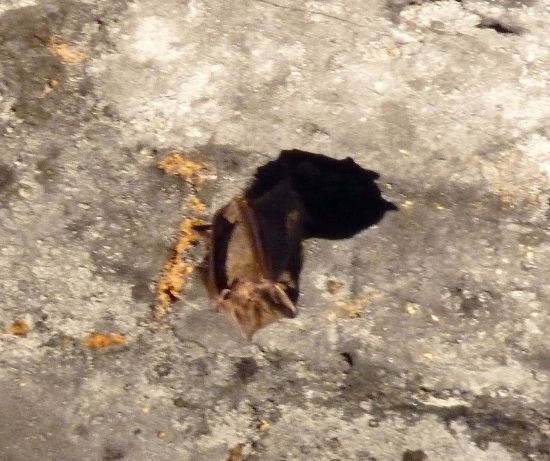 but to our surprise we found one which was hanging up from a  very high ceiling in the way that horseshoe bats do. No one in the bat group has seen this before and were grateful that Mark’s camera had a powerful zoom 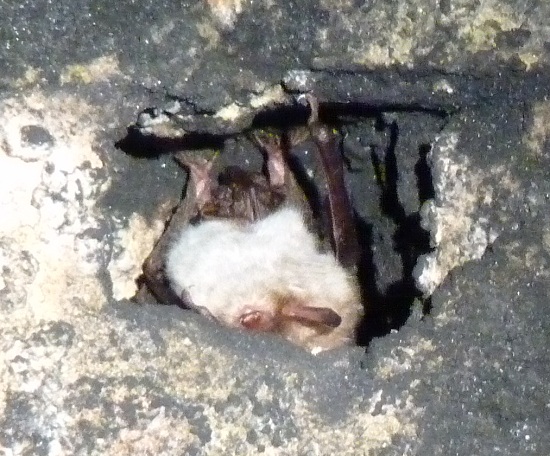 But the prize for strangeness  iwas closely contested. This Natterer’s bat is in a frankly ludicrous position

More of Mark’s photos at http://markgtelfer.co.uk/

Please note these hibernation surveys were carried out under the supervision of licenced bat workers with hibernation licences. Each site may only be visited 3 times in a year.. It is illegal to disturb hibernating bats – and can lead to their deaths as it may cause them to revive early and a prolonged visit will cause a rise in ambient temperature. We visit our sites in December, January and February.

The data we collect if forwarded to the Bat Conservation Trust’s  National Bat Monitoring programme.

This entry was posted in Uncategorized and tagged buttoned snout, Herald moth, hibernation. Bookmark the permalink.