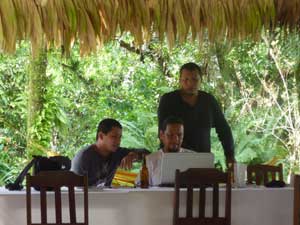 Last November a group of British Bat and American bat workers went to Nicaragua on a bat trip led by Fiona Reid and Nicaraguan bat worker Arnulfo Medina Fitoria and his sidekicks  herpetologist Milton Salazar and Ornithologist Orlando Jarquin. You can  read an ongoing account of our adventure here.

Arnulfo told us that many of the locals were fearful of all the bats in the area and thinking they were all vampire bats killed any bat they came across. As many of the bats they killed were bats that pollinated crop plants  or seed dispersers this had a negative effect on the habitat. He talked about wanting to posters he could leave as he traveled around the country studying bats.

The group saw this as a way we could give something back as a thank you for our fantastic trip and enough was raised there and then to have the posters designed and printed. Yesterday we got sent a copy of the final product. Some of these photos were taken on our trip 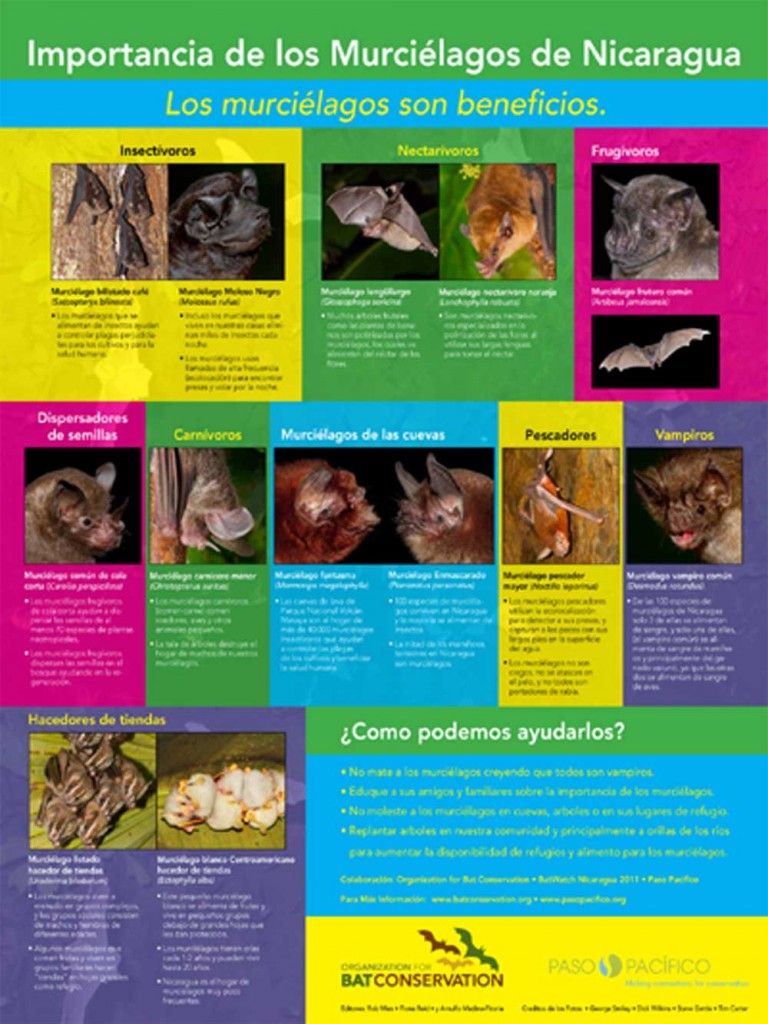