We were invited to speak to sixty youngsters at Wootton Lower School who were doing a topic on animals and the night. We had a good time and were able to answer most of the questions they asked us. I couldn’t tell them how many bats I had seen but was able to answer the question  “what bats eat frogs” with the answer “The frog eating bat”  – and here he is. We saw this one in Nicaragua last year. It is sometimes called the fringe lipped bat. You can see why if you have a look at his photo on Trinibats 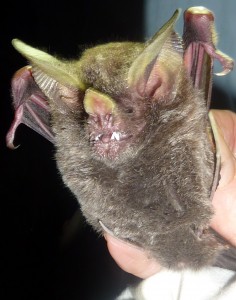 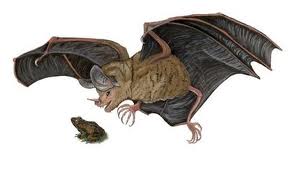