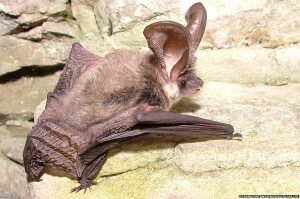 For some years now scientists have been studying bat record and correlating them with a range of habitat features. From this they have developing models of where the particular species of bat is likely to be found. This is the work that Lia Gilmour is doing at Bristol university on  Bechstein’s bat. We have been helping her look for this bat which has never been recorded in Bedfordshire. So far we have found nothing, but the weather has been dreadful She will be looking at sites in Wales in a few weeks.

Meanwhile a similar computer model has successfully predicted the occurrence of a very rare bat. This grey long eared bat was found in Wales- much to the delight of everyone involved

Orly Razgour the researcher who predicted where the bat would be, shares a lab with Lia Gilmour and we have donated bat droppings to her project from  Daubenton.s Natterer’s and brown long eared bats we have caught, for use in comparative DNA studies.