On July 3rd we reported trying to count bats out of the gate house at Sandy Warren, the headquarters of the RSPB. We did not spot any coming out and where concerned that the  lighting round the gatehouse might be putting the bats off.

We wanted to check if they were still in residence but left it for a while as the females might have very young pups. Two of our members who work at the RSPB (we have quite  a sizeable roost of bat group members there nowadays), one of whom is a licenced roost visitor, went up into the roof space today to check the situation  (Please note, checks like this can only be undertaken under the  close supervision of a licensed bat worker). 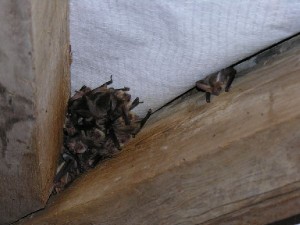 “Just been to the gatehouse to do a survey and found 8 Brown long eared bats. I think some of them had pups but I didn’t look very closely as I did not want to disturb them.The loft space has lots of guano and one big pile . . .  nowhere near to where the bats are currently.  They are more central within the loft space and on a rafter rather than the main beam

I enquired about all the security lights and the warden said that there should only be 2 lights on at night We need to check again sometime to see which lights are on and let them know.

There are some fantastic wasps nests up there too !!

I said I would be back to check again in a couple of months.”

This was John’s first close up view of Brown long eared roost. He reported

“It was a fantastic experience and they were so cute :o) Can’t believe how nervous I was, in awe of seeing them but also sh scared I would scare them!!!!”

Needless to say he did not disturb them as both of them were very careful, I 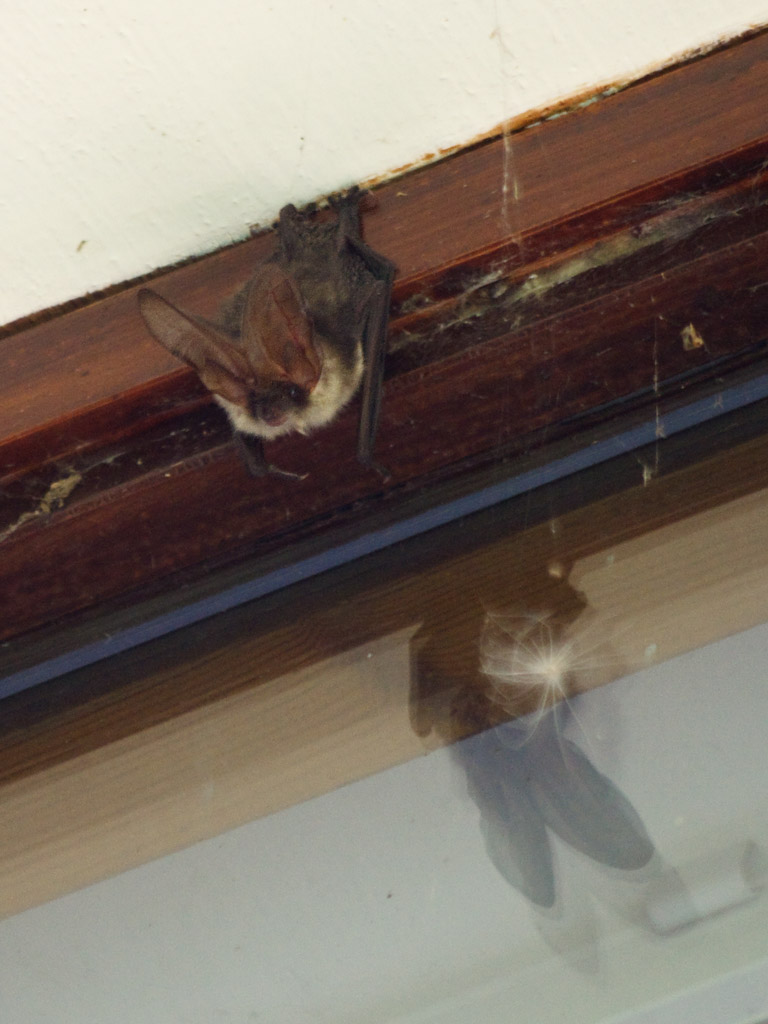 Photo of a brown long eared bat found on a windowsil1 at the RSPB in 2009. ( With apologies to the photographer whose name I have mislaid.)