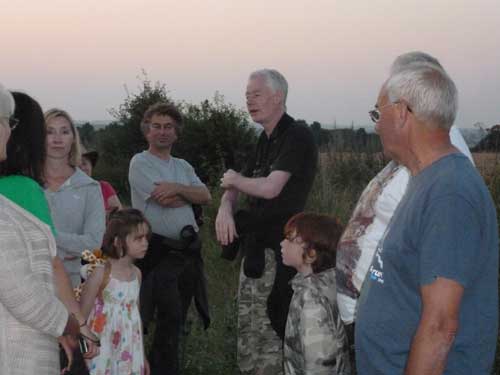 Fresh from his media ordeal Bob headed off with 4 other bat group members to help with a walk at Totternhoe Knolls. It was a bright evening and the wind was quite blowy, so to begin with there were no bats to be seen. After what seemed an age a couple of bats put inn an appearance. As we made our way back to the cars, more bats appeared and gave a smashing display of feeding and people were able to get a really good siting of them 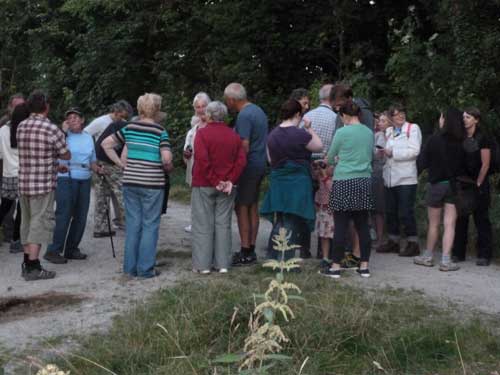 This entry was posted in Uncategorized and tagged pipistrelles, Totternoe Knolls, walk. Bookmark the permalink.