..lived up to its name again last night. 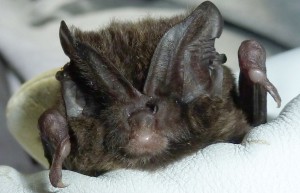 On previous visits  we had heard many barbastelle passes, so we headed off last night to  try to get a tag on. and set up a double high and triple high net. We had invited a friend, Ruth, to join us as she had never seen or heard a barbastelle. Hopes were high as we set up two nets, and then we sat down to wait and eat cake. 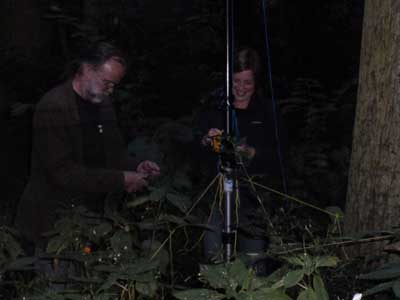 Barbastelle were few and far between and cruelly kept out of the way wherever Ruth went, though the rest of us heard them. We did however catch a number of bats, common and soprano pipistrelles came first. 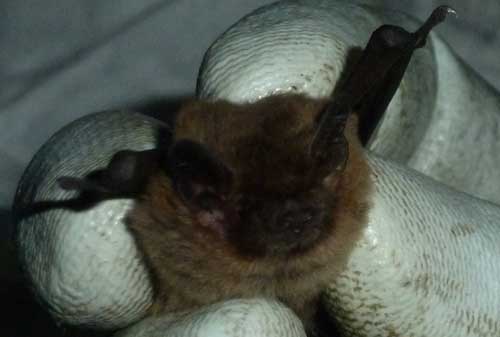 Some of them tried the “play dead” tactic but Ruth stopped them by warming them up under her armpit and off they went. 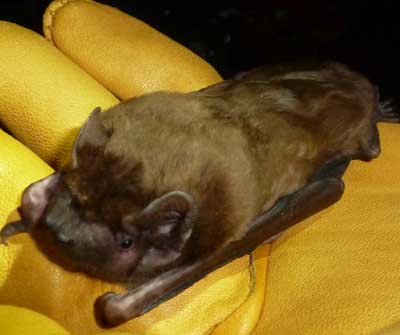 Then the high spot of the evening – a male Noctule in full breeding condition. This was a beautiful and very docile bat. 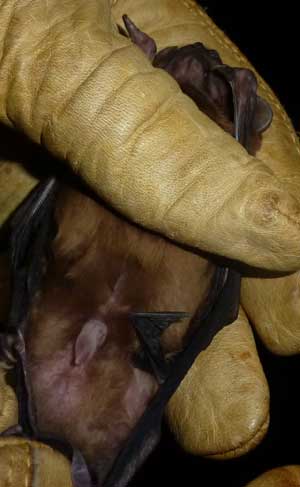 If you wonder what we mean by “full breeding condition, have a look at the pictures below. The males develop large buccal glands which produce a secretion which attracts the female, and their epididymdes swell to store large numbers of sperm. Noctules, like most bats are not monogamous and will mate with as many females as they can persuade hence  the large sperm stash. He was very happy nestled in Bill’s hand and was quite reluctant o regain his freedom. We put him on a tree trunk and watched him climb smoothly up the trunk, pause for a moment and then take off into the night

We left at midnight, but like the terminator , we will be back. 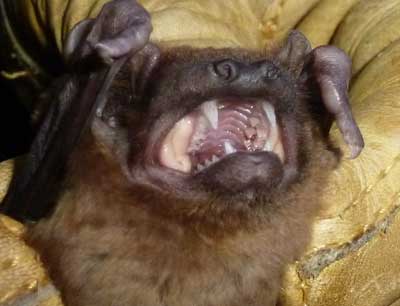 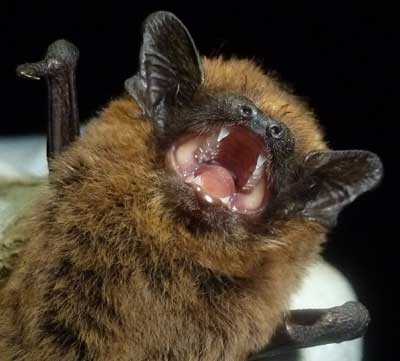