Posted on September 1, 2012 by batsinbeds

The day was spent checking equipment, planning the evening logistics, looking at sound recordings, checking video recordings and plugging  a vast number of battery chargers throughout the house. More cake was made  and then headed off to the next wood to be surveyed.

This was a site we had tried to visit last time but we had been rained off. It was our first survey in  this wood. It was a beautiful moonlit night and the sky was totally clear, which partly accounted for the chill which filled the air. We set up the processing table om a crossroads away from the two traps.  This was in hindsight a silly move as a cold wind whistled along the ride and the temperature there fell to 6 degrees centigrade.  At the harp traps it was a positively balmy 7.5 degrees.

We were joined by Jane who lived near the wood and was a friend of the owner. It can be dull waiting for bats but she wasn’t bored and walked round the wood with Dave a couple of times before settling herself at the processing table. She has watched bats from her house, but had not sen a live on in the hand. .Between 10 and 10.15 we caught three bats, a soprano pipistrelle  male brown long eared bats, in breeding condition and a Daubenton’s.

These were quickly processed and released. 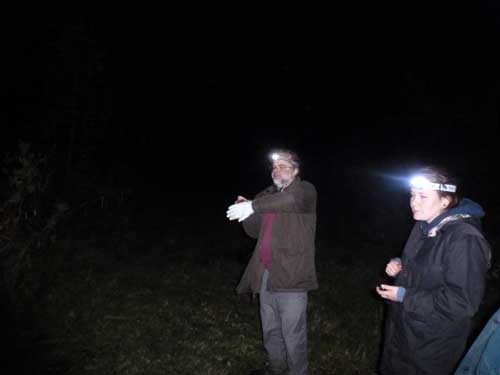 The next bat was not caught until 12,15 and we filed the time between the captures by eating cake and the birders amongst the team played ” What bird song is that?” and chatting with Jane. At midnight she headed home and that triggered three more captures. No sooner than we had put away the processing kit then we caught two juvenile Daubenton’s and a brown long eared. 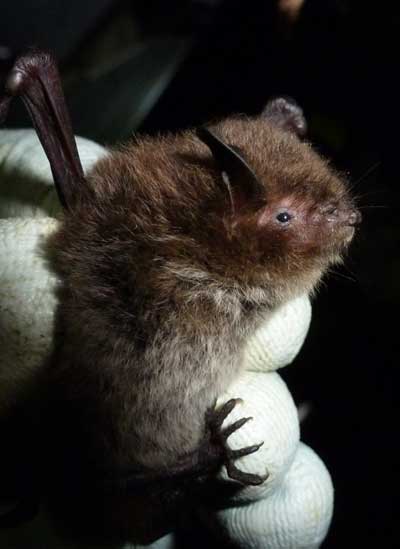 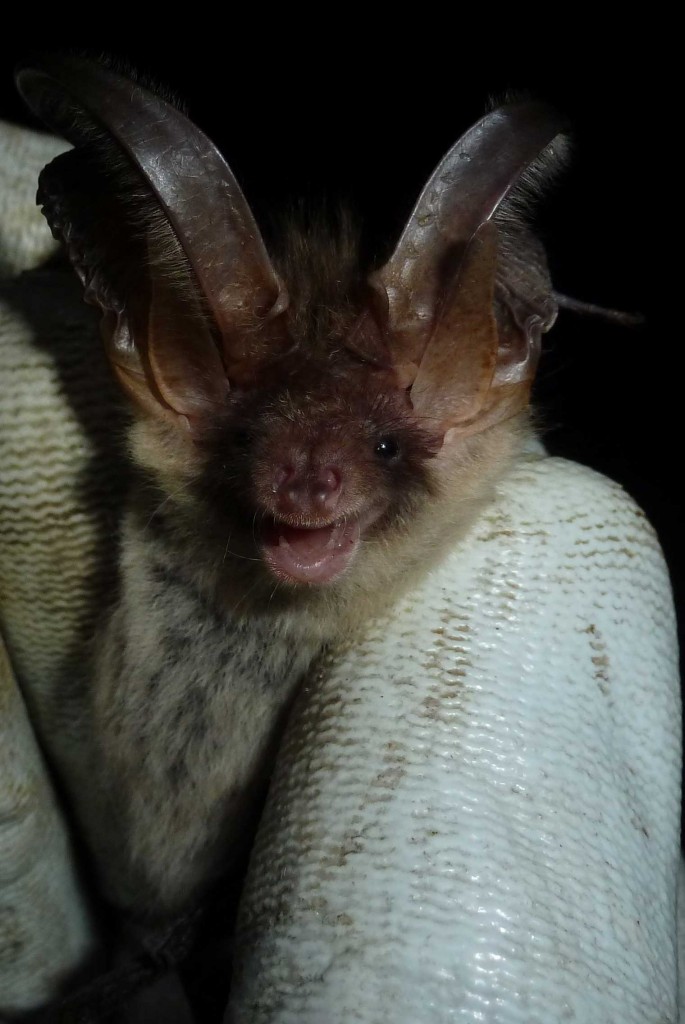 So we were a bit late leaving the wood. Partway home, it was realised we had left one of the songmeters behind and had to drive back to collect it. It was a very cold trio who got in at 3 am  and emergency first aid  in the form of toast and Marmite and hot chocolate was administered, before we headed off to sleep.