Posted on September 5, 2012 by batsinbeds

By day 4, tiredness was beginning to take hold.  Bob, Jude and Lia’s early morning ( l1am) conversation was at times hilarious after the third very late night, with the ability to remember what things were called fading fast.  WE all managed a sleep mid afternoon in the  of being more alert that night.This was a tricky one to prepare for. We were going to a Forestry Commission site and had to get combination for the lock to get access to the wood, When we arrived we found to our horror that  the lock was not a combination one but needed a key and given the trapping site was 2Km into the wood our spirits fell. Al the planning, all these people  and no survey.  Lia and Bob dashed back to the house as Lia had a forestry commission key for another wood she was surveying and which she just happened to have with the spare kit. It was an act of pure desperation but it fitted.

Plans to mist net had to be abandoned ,because of lack of time which was a shame as we had never had access to the site before , and we ended up putting up harp traps in the dark

This time we tried to find a warmer space for the processing table.

Once again it was a disappointing night with only one soprano and two common pipistrelles being caught.

The one redeeming feature was that I managed to get some decent close ups of pipistrelles and there was a lot of cake to eat. 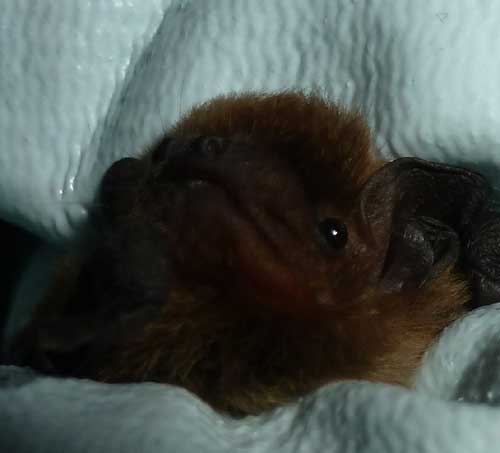 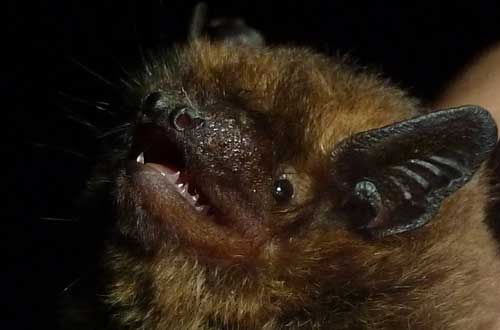 Organising these surveys is a nightmare sometimes and as soon as a key is mentioned you kind of know things are going to go wrong no matter how often you check and double check things.