The mysterious case of the Myotis in the night

Posted on September 5, 2012 by batsinbeds

During the Bechstein’s project last week, we only caught Myotis bats once. This was surprising as we had found them in three of the woods earlier in the season. So last night Bob and Bill  went back to the first wood. This had yielded barbastelles last week and Bill was keen to see a barbastelle. A single net was placed across a ride and in a few minutes a barbastelle came to visit. Bill was delighted to see his first bat i the had – an emotion which Bob totally failed to capture in this photo 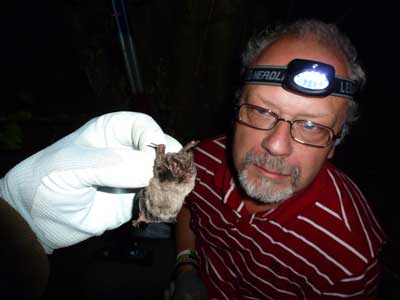 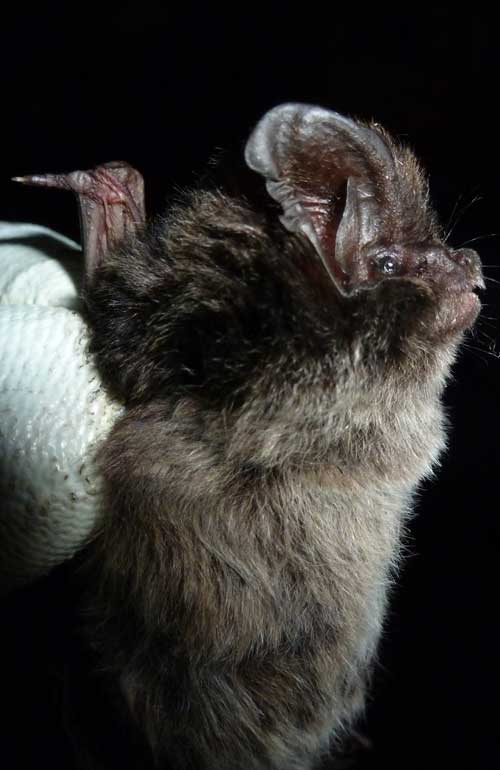 Shortly afterwards a second bay came into the net. This was a WAB : i.e. it is either a whiskered, Alcathoe or Brandt’s. These three species are very difficult to tell apart. This bat has heart shaped nostrils and the protocones seemed right. This time the bat donated us some poo, which we can now send off for DNA analysis. This is now affordable for bat groups. Thank you technology 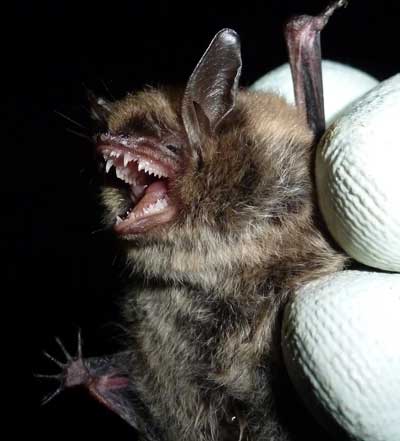 This entry was posted in Uncategorized and tagged barbastelle, Brandt's bat, mist netting. Bookmark the permalink.