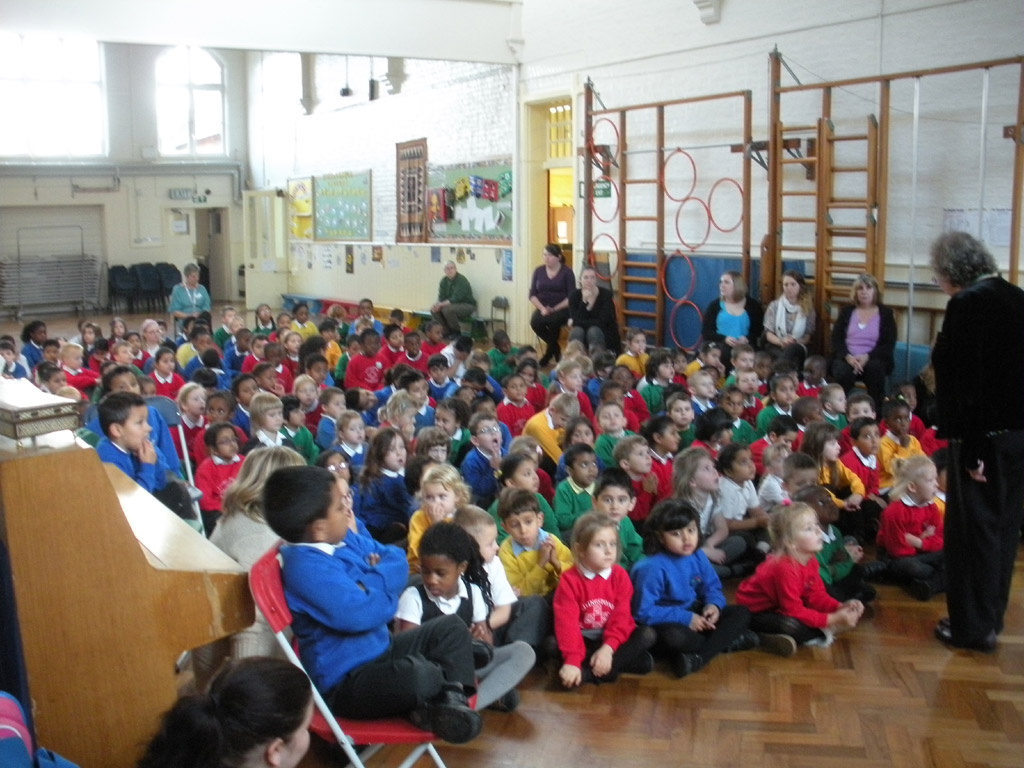 After a quiet week in which there was nothing in the bat group diary, things have started getting busy again. Once again we have got ward councillor funding to run  a series of whole school assemblies followed by building boxes with some of the children from the school. (The building part is belong done by Danny and Nicky who are  Priory Park Rangers.). Yesterday was the first of three sessions. There was no black out in the hall and the acoustics were difficult, and I was worried that some of the children at the back may not have been able to hear me. After the talk I left a pack of resources for the teachers.

The children made seven boxes, some of which will go up in the school grounds and others will be put up in local green spaces. All the children who built boxes got a pack of leaflets and a bat building badge. These are only ever given to bat box builders and we have given out a lot now in the Bedford area.

They were a lively and very friendly bunch  and lots of them waved goodbye to me as they left the school hall. Their different coloured sweatshirts made them a very photogenic group.