Saturday night at the Chiroptera.

Did something very different on Saturday night, went to the first performance of Kathy Hinde’s Vocal Migrations. Regular readers of this blog will know that Kathy contacted us  earlier this year and we organised a bat walk for the choir she was going to be working with, 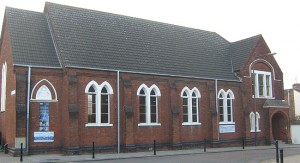 In many ways we were on familiar territory – a freezing cold building with a high vaulted ceiling. Originally built as a space for holding Sunday school meetings and it also ran a soup kitchen.  That kitchen would have done a roaring trade on a cold night like this. Those days are long gone and we had to make do with mulled wine instead (such hardship).

As we walked in we were met with a mix track of bat calls and we played a quick game of ” what bat is that” and enjoyed the audiences reactions to sounds which are very familiar to us. Around the room were lots of high tech  computer equipment

We knew that Kathy was fascinated by how bats echolocate and how they modify their calls according to the environment they are in and the proximity of other objects, but we we weren’t sure what to expect.

The choir emerged wrapped in as many layers of clothes as you would need if you were wrapping up for an end of season mistnetting session. The air was so cold you could see their breath at times. Not that we looked at that much. The most noteworthy thing on initial view was they all wore a head mike and carried a small box warily with them. The sight reminded me of those pictures of people in war time carrying gas masks). These were pieces of tech based on raspberry pi. ( For non geeks The Raspberry Pi is

“a credit-card sized computer that plugs into your TV and a keyboard. It’s a capable little PC which can be used for many of the things that your desktop PC does, like spreadsheets, word-processing and games. It also plays high-definition video. We want to see it being used by kids all over the world to learn programming.” ( quote knicked  from the raspberry pi site)

As far as I understand it, this allows them to sample the singer’s voice and change it according to their position in relation to other choir members. 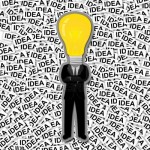 More striking than this was the fact that each of the choir wore what looked like a ping pong ball on their head. Only later did we learn in the question and answer afterward that it was a ping ball, and the ping pong ball was diffusing light from an LED  which allowed the computers to track the position of the singers.

Once the music began, my vocabulary ended. When describing bat calls I spent a lot of time using sentences like ” it sounds a bit like…”, but what emerged was outside my limited musical experience. At different points it sounded like Steve Reich, a science fiction film score, Laurie Anderson I thought triumphantly

After a break for more mulled wine,there was a cafe scientifique , an open discussion to explore connections between art and science, discover how bats use sound to navigate, and take the opportunity to question the project collaborators. This was chaired by Quention Cooper who does the Material World programme on radio 4 .http://www.bbc.co.uk/programmes/b006qyyb

Bob was on the panel and fielded questions like “ Do bats sing for pleasure?” and “what can humans learn from bat society ( which Bob answered by describing altruism in vampires). We also learnt that the best way to cure a malfunctioning raspberry pi was to put it in the oven for twenty minutes!

Quentin closed the evening  by saying “ I came here to find out about bats and I’ve had a ball,” which got a well deserved groan from everyone. I think it was only Bob and I who groaned at his opening remark  “Welcome to Saturday night at the Chiroptera” We really ought to have signed him up to the Bat Group there and then. Instead I just pinched his dreadful pun to headline this piece. Plagiarism is the sincerest form of flattery.

The choir has asked us if we will do another walk next year and we were happy to say yes.

If my description of the music makes no sense, they are making a film of the event and I will let you have the link as soon as we get it. Or better still Kathy is hoping to perform  an updated version of the piece next Spring. The weather should be warmer by then , come along and see it if you are in the area.

Kathy Hinde has a blog at http://www.pmstudio.co.uk/project/vocal-migrations> She apologises for it being a bit out of date – but I somehow think she has  had better things to do