As we walked from the Embankment small flakes of snow fell half heartedly. We were on the way to play with some new “toys” developed by artist Kathy Hinde She has been working on her Vocal Migration project for a while now.( You can see a video of her last performance in Bedford here.) 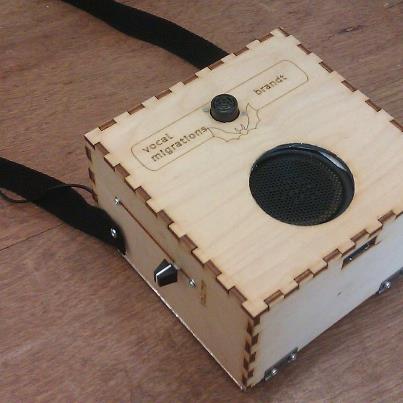 These boxes allow you to record a sound and then , kitted out with blindfolds, you head into a maze and try to find your way through the maze using the sounds which you had recorded. The closer you are to a barrier the more frequently the sound repeats. This sounds simple, but in reality it was hard – but great fun. There were several of us in the maze at a time and I loved it that some-one had recorded the phrase ” where am i?” in a plaintive voice. When there were several of us in a maze it was harder to find out, and we were able to record a new “call” if we wanted to

This whole project is based on bat echolocation which is how we came to get involved. Kathy has more plans for future development . Watch this space. 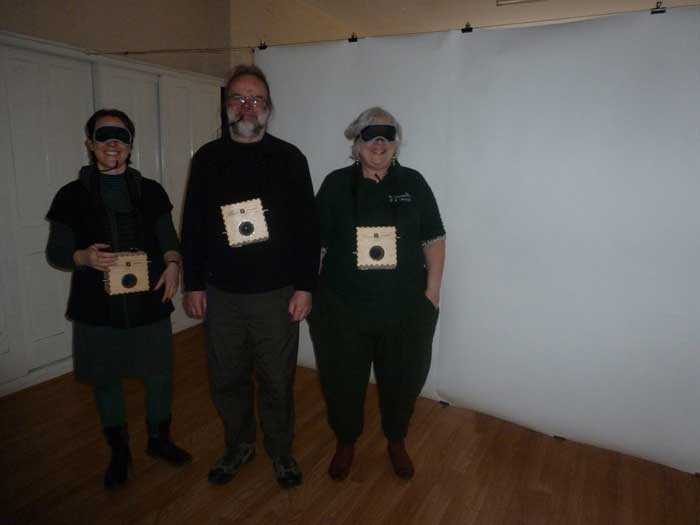 This entry was posted in Uncategorized and tagged Vocal Migrations. Bookmark the permalink.