Sad news about the juvenile Noctule

Regular readers will know that we had a Noctule in care3 who gave birth to a son. Mum was successfully released last week, but Junior had not taken to flying at all and we were concerned that he had shown n intgerest in exercising his wings. He gained weight slowly and had a low birth weight, and thought he might grow into his wings. Simon had him checked over, but there was no obvious problem, but to be honest he feared the worse.

Sadly on checking the bat yesterday morning it was dead at the base of his cage. We had hope to repeat our success of two years ago and release him. The one consolation is that his mum is now free. 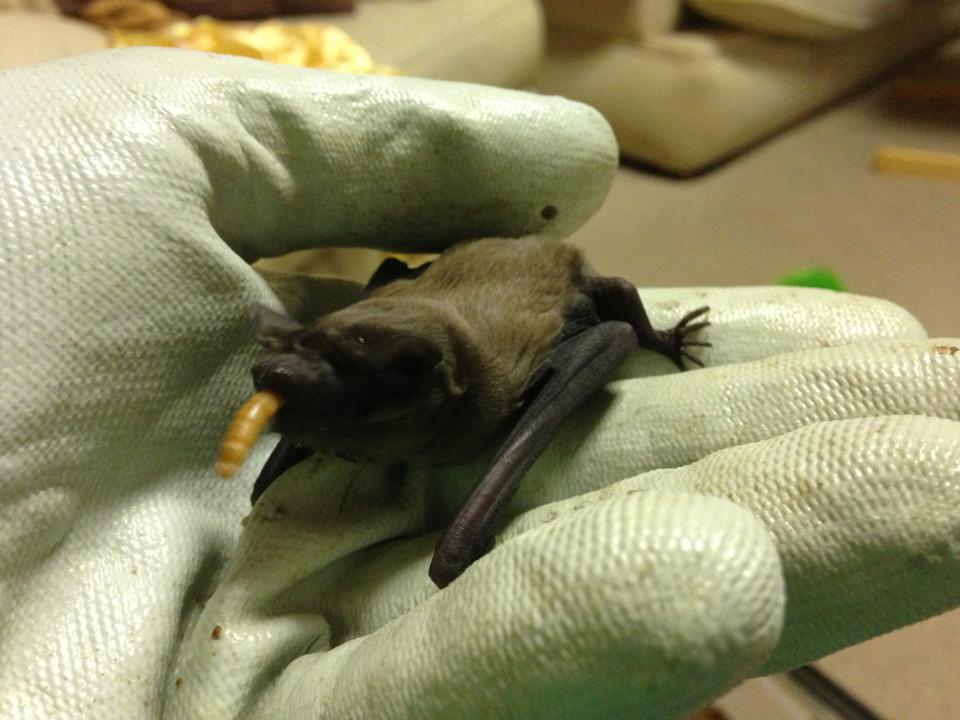 Thanks to Simon for all this efforts with this bat. He hasn’t time to grieve as we had three bats come into care yesterday, one of which had a broken wing and was dead on arrival.  Bat care is hard at times.

On Sunday I picked up a common pip which had been brought in by a cat. It was very poorly and although it did  take water from a paintbrush, I was very happy to pass it on to Hedj and Kel – as I feel I am a bit of a Dementor and young bats tend to die while in my care.  In fairness to me,this happens with other carers but Kel and Hedj have  “green fingers ” – ( which is probably tempting fate)