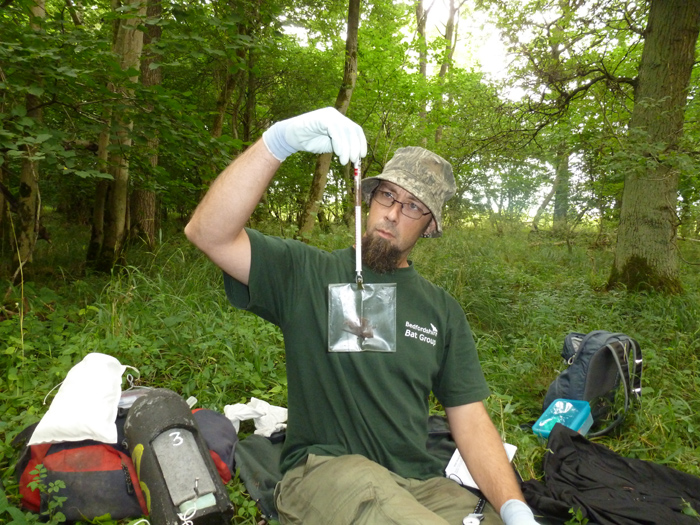 Yesterday we did another check of the King’s Wood boxes and found rather more bats. 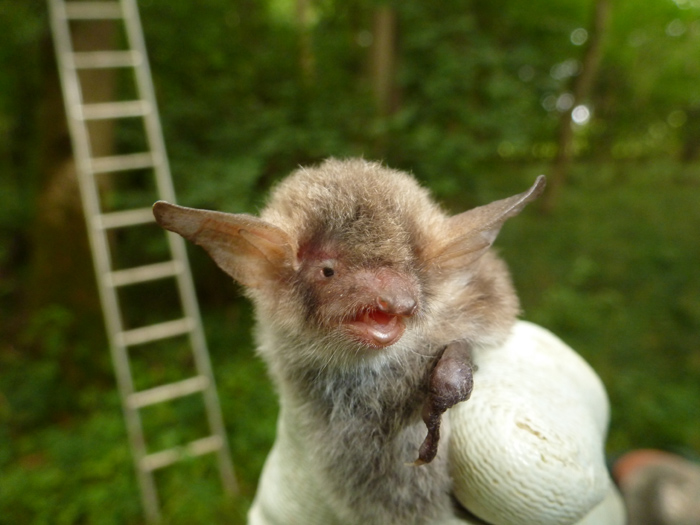 The highlight of the day as finding our first Natterer’s  – a group of 6 juveniles, four males and two females in a box which has previously occupied first by pips and then by Brown long eared bats. 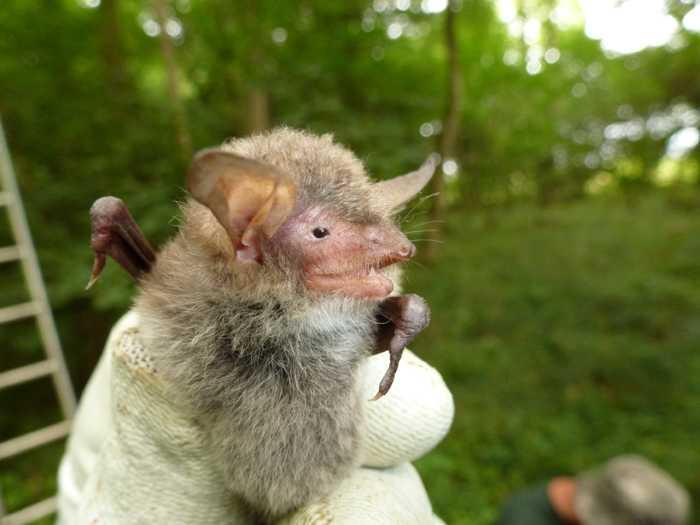 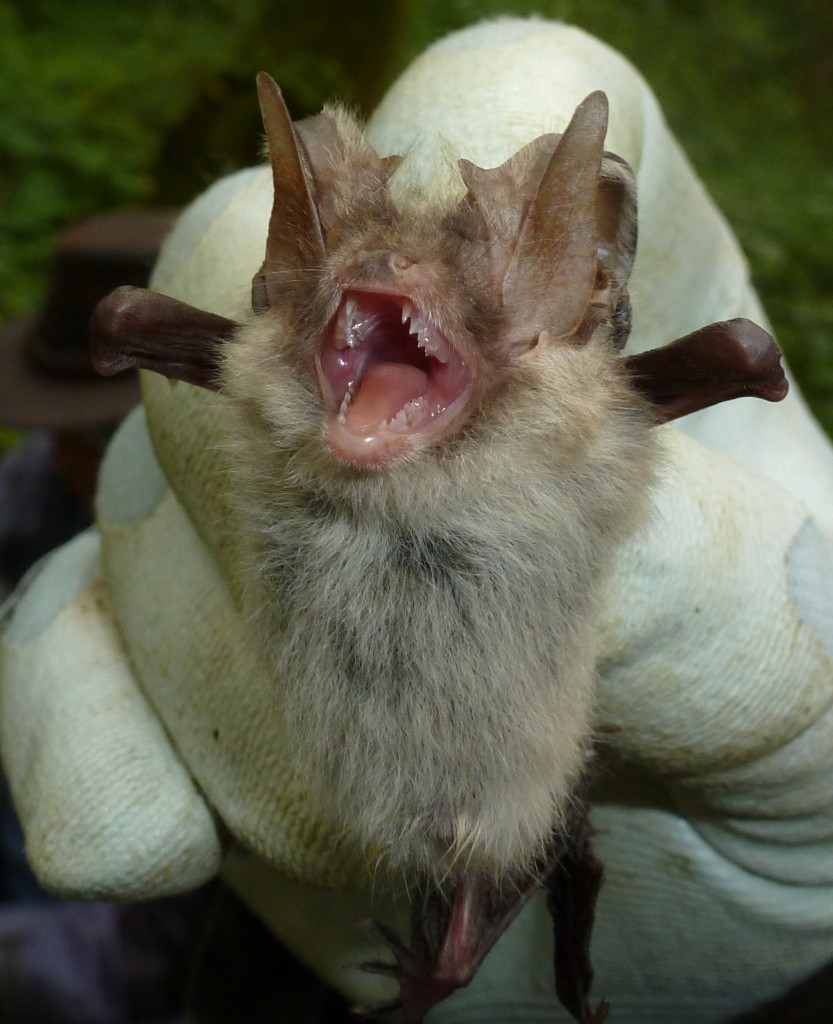 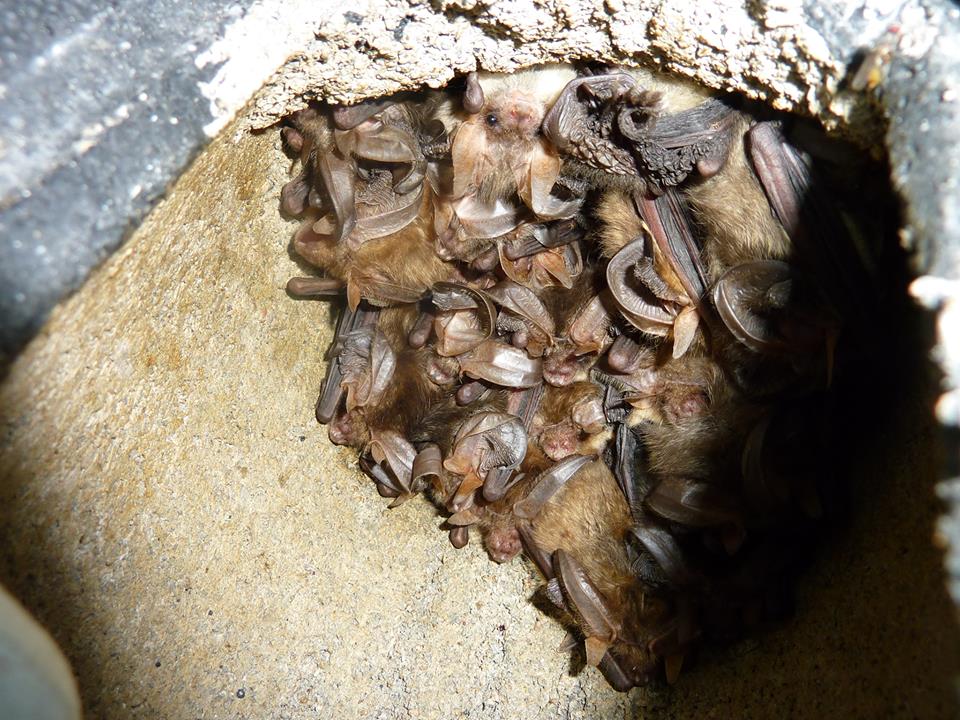 Another box had 36 Brown long eared in it – 36 in all 14 adult females, 12 of which were lactating) and 10 juvenile males and 7 juvenile females. Another four managed to sneak off when the box was opened. We found four more brown eared bats in nearby boxes  2 juvenile females and 2 adults which might have been these Houdinis. A lot of these juveniles were very young , in contrast with the Natterer’s who were late juveniles.

We also found a male Noctule in what is euphemistically called “full breeding condition”He was not an exhibitionist ( unlike some bat group members) and was not prepared to flash his genitals for the camera. 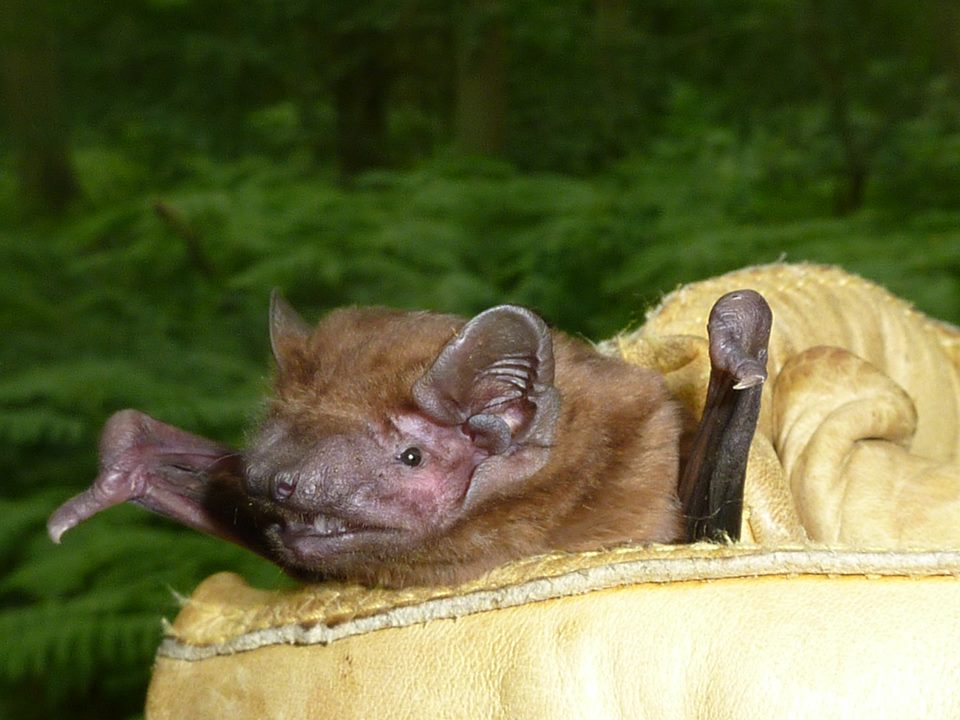 We also found one male soprano pipistrele, similarly well endowed. Last year we found many pipistrelles and it is interesting that we have found so few this year.

With the delay in the renewal of Bob’s Licence, we were unable to get the rings we wanted  ( you have to have a current licence to ring bats) and so will have to delay ringing till nest time .