Last night we descended on Priory Country Park in an attempt to catch the Nathusius’ that we have heard . Of course this didn’t happen, but we had a fun night. On reaching the site were given the sight and sound  of hundreds of crows cawing their way  overhead on the way back to their roosts. 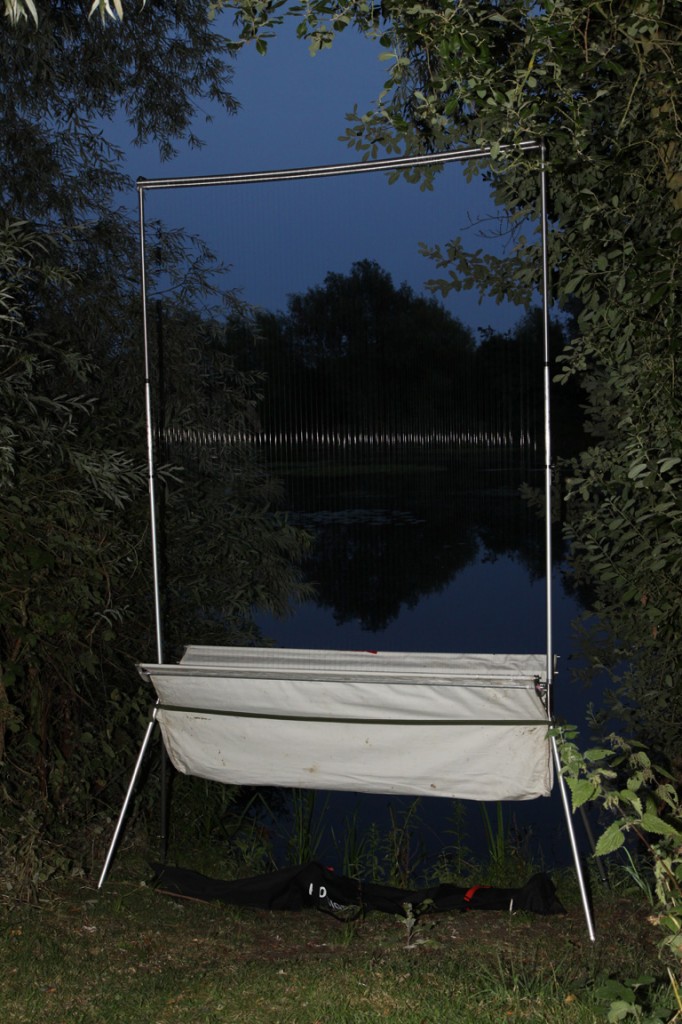 The moon was very bright and this may have discouraged the bats from blundering into the harp trap despite the lure . Despite moving its position we only caught a single bat in it.

The mist net sans lure was significantly more successful and we caught 3 soprano pipistrelles, 4 common pipistrelles and 3 Daubenton’s. This gave Nicky her second chance to handle bats , which she did despite having gloves that were a bit big. The bats were there usually wriggly selves but she soon got the hang of quietening them  with a bit of advice from Danny Bob Laura and Rhona. 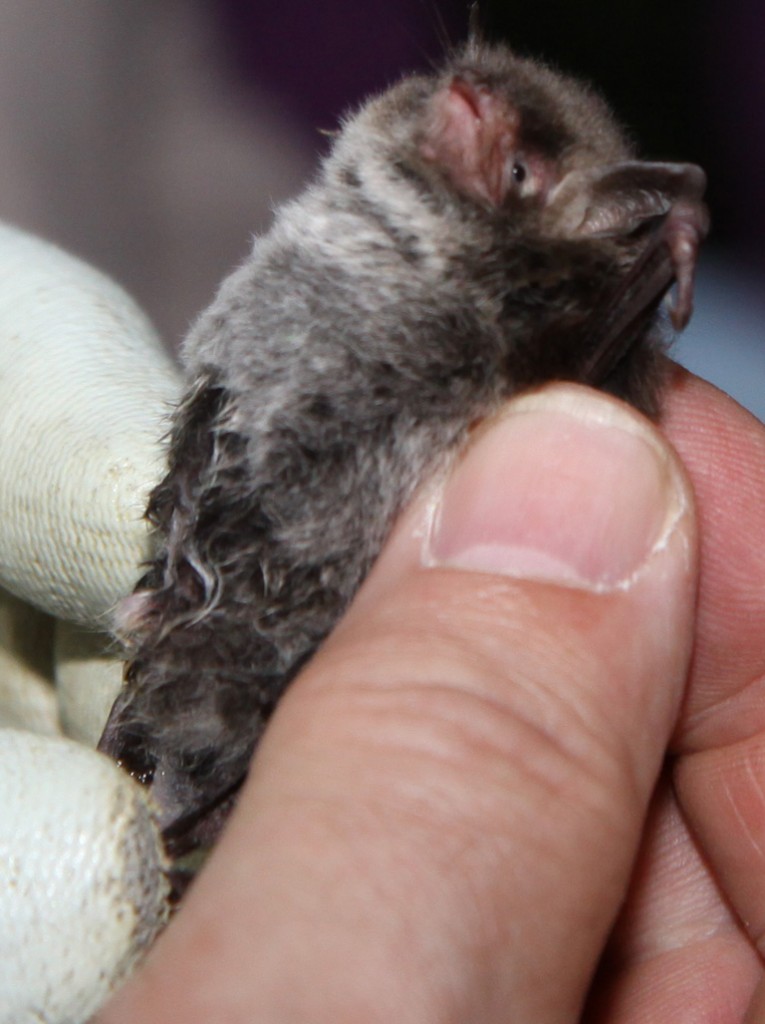 Bats were processed quickly,photographed and sent off about their way, having had their genitalia peered at and their reproductive status assessed. This individual was a juvenile male.

It was the first time Rhona, who is a Beds Bat Group member, has been able to come out with us for a while and ,being primarily a member of the North Bucks bat group that have a superfluity of Bechstein’s, there was a certain amount of gentle mick taking. Chief culprit was Dave who had been given custody of the flapjacks ( coconut tonight). He offered them round and asked us each in turn “Have you seen a Bechstein’s?” If the answer was No he handed one over. Unfair on Jude, ( who had baked them) Bob and Rhona but he soon relented.

One of the features we look for on adult females is whether they are or have been lactating. You have to look at the nipples which are under the armpit and look for signs of wear. It is not unusual therefore to see grown men gently blowing on bat’s nipples. Rhona had a more high tech solution – she blew down a straw. 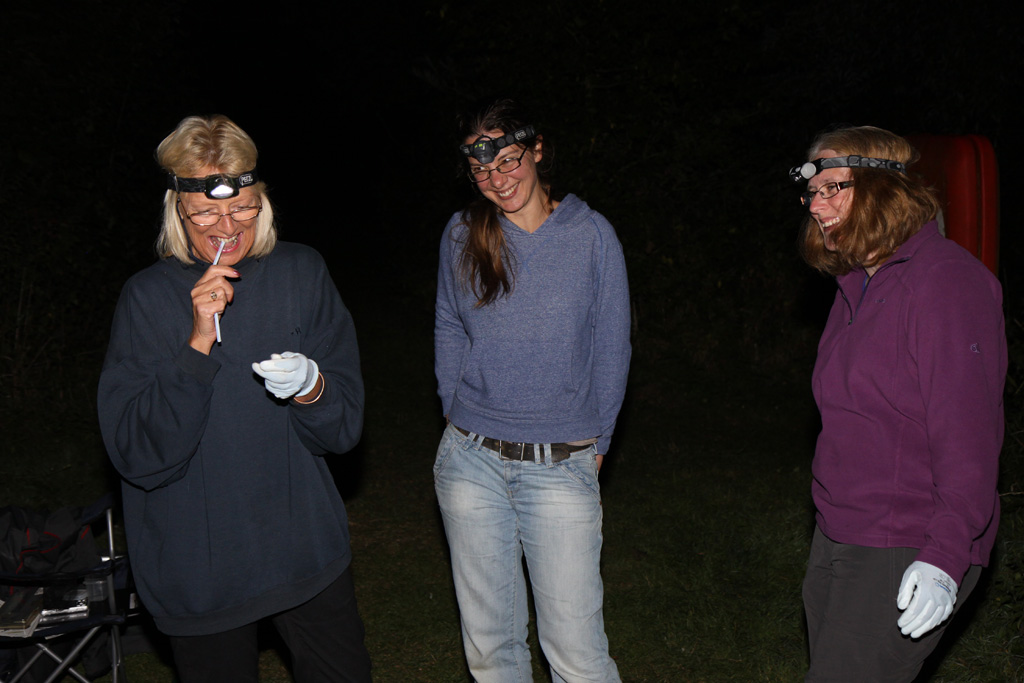 This  greatly amused the Bedf0rdshire contingent, but I think we may be seeing more straws in the field . ( We are unusually easily amused as the night wear on) 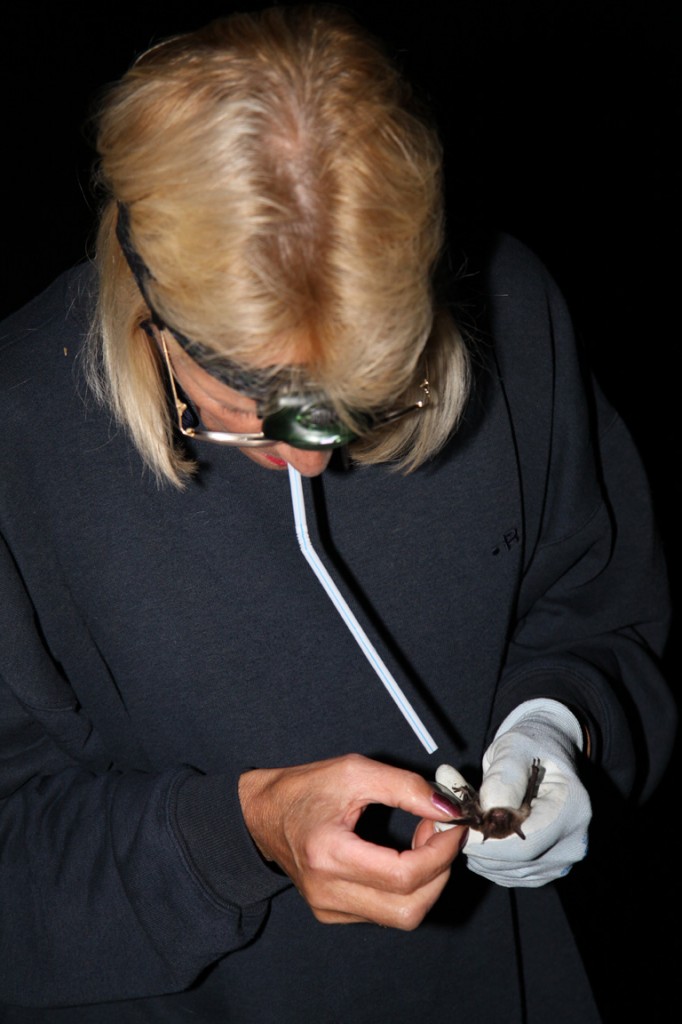 Rhona made the mistake of facing towards Danny when doing one such examination  and got photographed. Her pleas for anonymity might just have been listened to had Danny  immediately not come up  with the caption ” I do Daubenton’s but I can handle it”. Rhona wishes to point out she was blowing not sucking,

This entry was posted in Uncategorized and tagged Daubenton's, pipistrelles, Priory Park, survey. Bookmark the permalink.