For more than 20 years Jon Russ has been interested in the rare Nathusius bat. He set up a website and encouraged bat workers to let him have any records. Nathusius bats call lower that common pipistrelles, but it can take an expert eye to be be able to distinguish between the calls. For years Jon has kindly looked at any borderline calls and offered his opinion. Since his work began a number of groups have headed off on Nathusius quests. One of the most extensive projects has been the work of YACWAG who have been scouring Blagdon Lake with the  help of Daniel Hargreaves.

Daniel suggested to Jon that a conference be organised  and with the help of YACWAG and Lisa Wortledge of BCT, got seventy five of us in attendance. Several members of the Bedfordshire Bat Group attended. 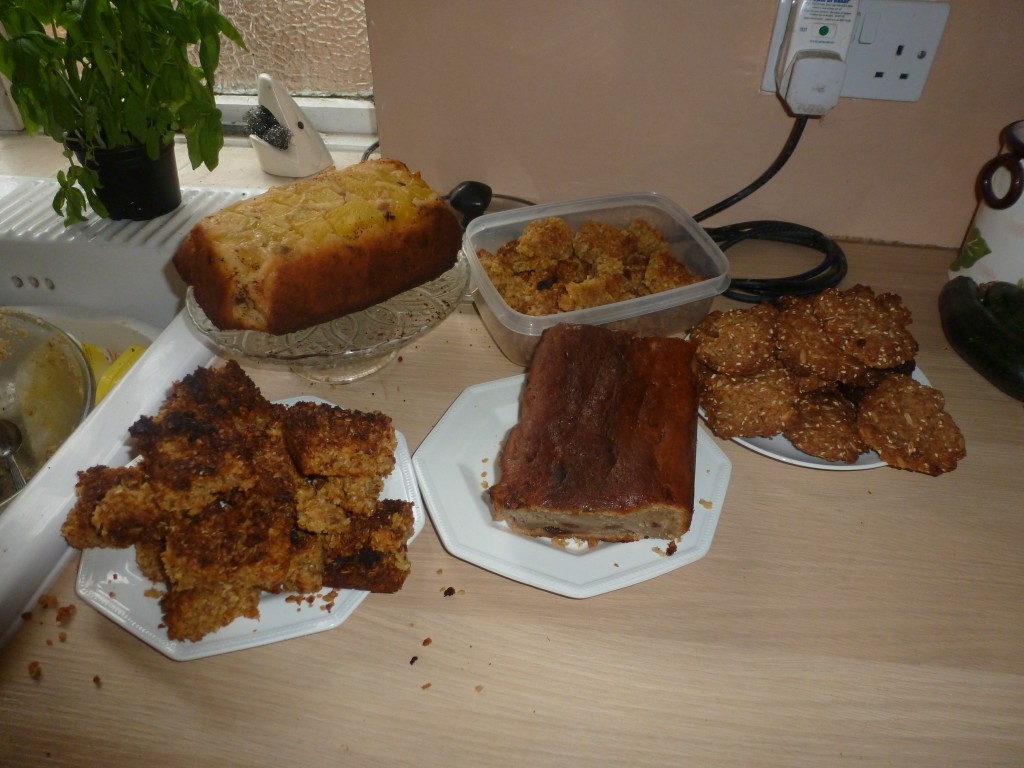 I took down cakes for friends and then ended up sharing them between all six groups who were out that night. The boxes came home empty. 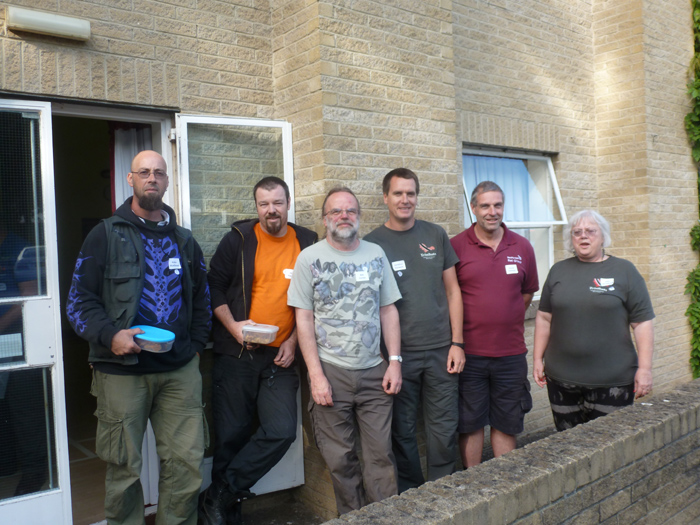 Among the delegates were several members of the Bedfordshire Bat Group. We know of some sites which have Nathusius but have as yet totally failed to catch one.

It was fascinating to hear how other groups had got on and after a night at Blagdon Lake came away cold and determined to redouble our efforts.Nathusius here we come! 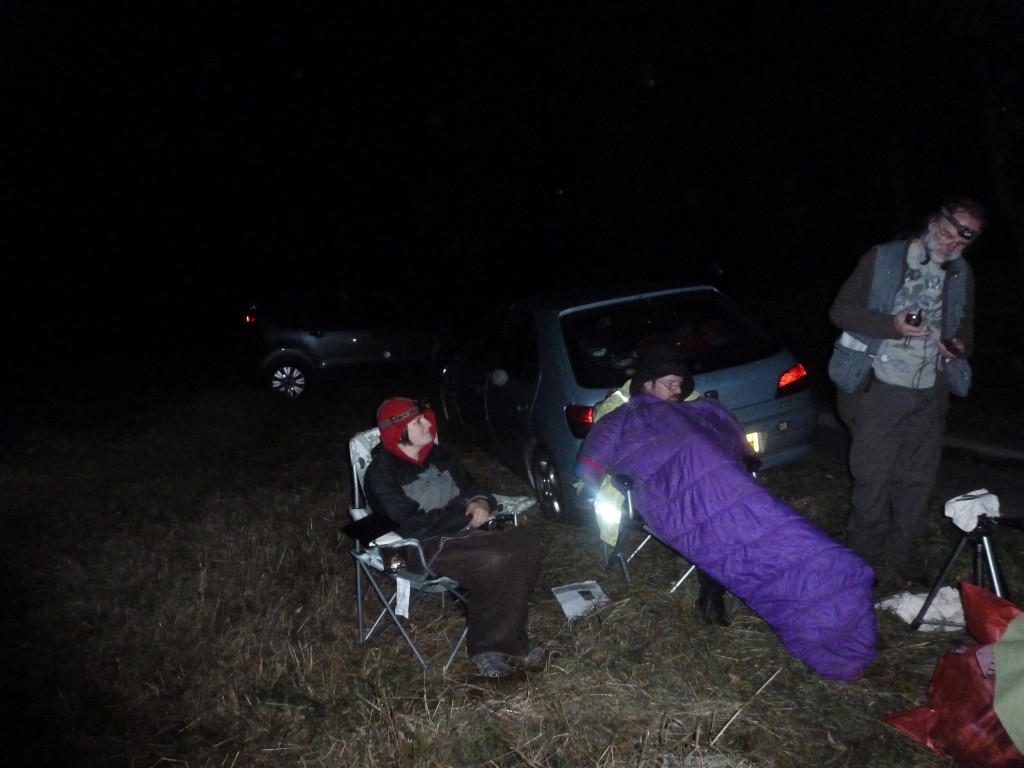 A cold night we had of it. Photo Jude Hirstwood.

This entry was posted in Uncategorized and tagged Nathusius pipistrelle. Bookmark the permalink.