The mystery of the strange roost occupant at Stockgrove

Stockgrove last night was fairly quiet on the bat front but T6 the low roost did have some activity – more on that later.The first bat sounds were at 7.55 just on the approach to the T6 from T7, a Soprano Pip. The first Noctule sounds were in the distance at 8.18 on the path by the lake on the way to the pine plantation. Several Soprano pips were heard along the same path and at the boat house at 8.20 two were seen flying around and feeding, the first Daubentons was also heard at this time. 8.40 and a Noctule was heard over the lake. The Daubentons count was 37.

“The road is thataway” Image from http://rrm.co.uk/visit/galleries/wind-in-the-willows

3 toads showed us the way along the path back to the car park.

So bats were absent from all the tree roosts and boxes – so what was in the low roost??

Those of you who have visited Stockgrove will know the low roost is approximately 1 metre or so from ground level so it is easy to see inside. The opening is about 2.5inches in diameter and the cavity drops to around 6inches inside but then curves around the centre of the tree on both sides and goes higher than the eye can see. On past surveys we have been able to see bat 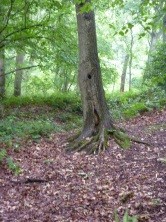 droppings on the bottom of the cavity. On this occasion the bottom of the cavity was filled, almost up to the opening with what on first appearance looked like soil. So the question was how did that get there? Was it some misguided youngster playing hide ‘n’ seek with mums best pot plant, or perhaps its granddad’s ashes placed in his favourite tree – this needed another look. So on closer inspection we could see that it spread all around the cavity floor, further than any arm could reach no matter how small – it was also very level on the surface, it also appeared the soil was alive and moving around. Using a plastic bag as a glove a small sample was collected – this contained some beetle larvae, (Gwen may try to find out the species)  after this slight disturbance there was a larger movement in the soil which gave the impression of something around the size of a 20p piece moving around beneath the surface so the conclusion of all present was beetle, species unknown. 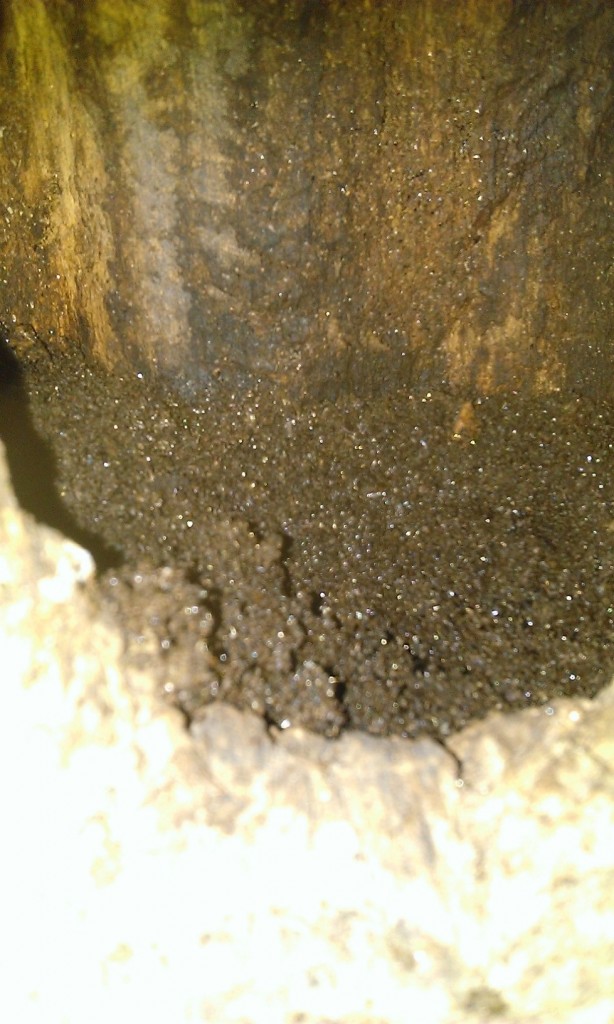 This entry was posted in Uncategorized and tagged Stockgrove Country park, survey. Bookmark the permalink.