I must admit that I tend to work on the principle that if it ain’t broke don’t fix it, so I do basically the same at each talk I give and as a result people belonging to different groups have to sit through very similar talks. 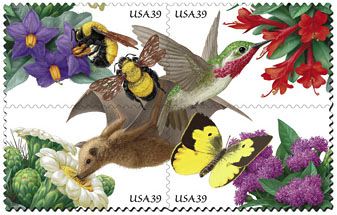 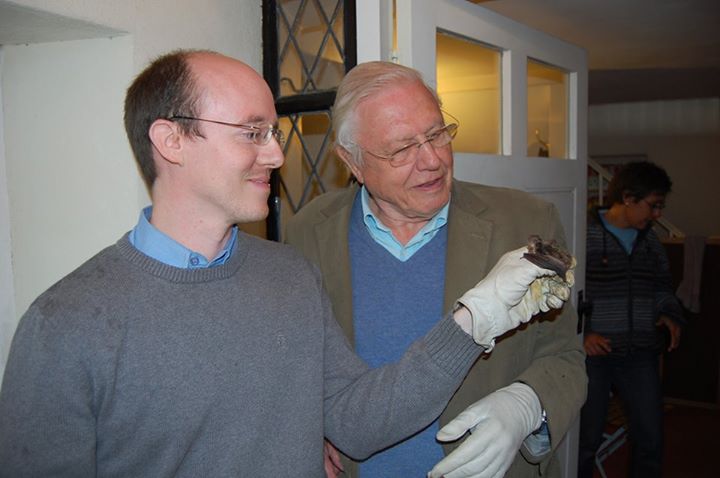 I was asked to do a talk for a gardening club and asked if I could tangentally link it to bats and plants. Instead I decided to write a new section because the relationship between neotropical bats and plantss is fascinating. See an article on bat pollination at 2009-4 Bat pollination  I was able to use photographs we had taken when on expeditions with Daniel Hargreaves, in particular the Trinibats adventures on which we had taken loads of photos. Our friend Daniel Hargreaves – pictured here with David Attenborough – gave us permission to use some of his videos and they went down a storm. People were able to get a taste for just why bat addicts sit in the dark for hours on end.

Better still  five of the people present cornered me to thank me, saying they had previously been afraid of bats, but now saw them in a new light.

My talk was interrupted by a bat flying back and forth outside the village hall. Unfortunately by the time we had finished it had moved on.

As always the captive Noctule went down a storm

If you want so see some of Daniel’s videos , they are to be found on you tube http://www.youtube.com/user/danielhargreaves

This entry was posted in Uncategorized and tagged bats and plants, Daniel Hargreaves, Trinibats. Bookmark the permalink.