Last week we got tags on two bats  Ampthill Park. Since then we have been hunting high and low for them over large areas of the countryside. We had thought the barbastelle might fly a considerable distance as juveniles tend to do so at this time of year, but we had hoped the Natterer’s would remain more locally. Wrong on both counts. All has been silent since that first night, despite extensive efforts to find them. Thinkingt he Natterer might have hidden deep in a wood where we could not pick up a signal Bob has been questing on foot , with no success. He did come across an old dormouse box which had fallen own and been replaced by a kind passing member of the public. It was replaced with the hole at the front s that it became an ideal bat box, and three opportunistic brown long eareds had taken up residence 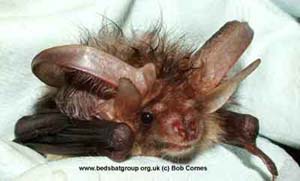 This is a bedraggled brown log eared that was foud during a regular dormouse check several years ago.

We did think we were getting somewhere when Maddie picked up a “beep” near the RSPB at Sandy. It would have been a long way for the barbastelle to fly but not outside the range of possibility. The tag was transmitting at a slightly different frequency  but we hoped that would be due to the difference in receiver that was being used.

Maddie rang the RSPB and they were able to confirm that they did have an active tag in a drawer which had come off a turtle dove. Ah well back to the drawing board 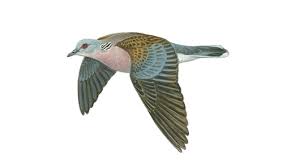 This entry was posted in Uncategorized and tagged radiotagging. Bookmark the permalink.