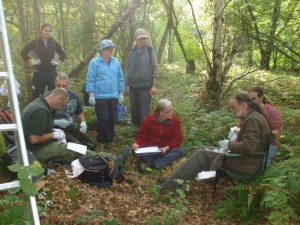 We had to postpone this survey by a week and were delighted when ten of the bat group were able to make the new date. Jo brought his lightweight long ladder with him, which everyone fell in love with as it was so much easier to lug round the wood. We shall be buying a couple for ourselves shortly 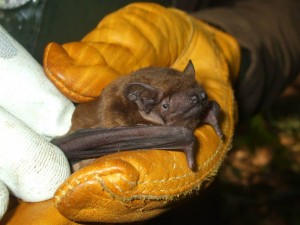 The very first bat that was checked had a late male juvenile Noctule in. 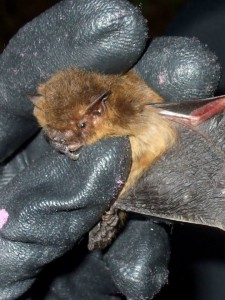 Another box had six soprano pipistrelles in, including this one which was photographed sucking his thumb. This is the first time in a while we have had sopranos in the boxes for a while. 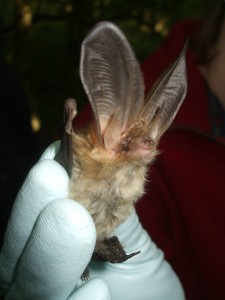 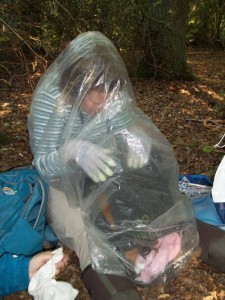 with thanks to the North Bucks Bat Group

The North Bucks bat group uses a very large plastic bag to cover the box and its extractor. Daniel Hargreaves uses a pillow case to gently shake the bats into. ( All this we discovered in hindsight) Jo had the bright idea of buying a very small pop up tent and Bob headed off yesterday to buy one yesterday, not fancying death by plastic bag..

In the box with twenty brown long eareds, a dead bat was found. Our first thought was that we might have caused this, but it was stone cold and quite stiff, so had died before we got there.

We have one more box check next month and will then leave them in peace until next Spring when we will begin the next stage of the project – ringing the bats to try to examine social networks  the wood(following in the footprints  of the North Bucks Bat Group).

This entry was posted in Uncategorized and tagged bat boxes, survey. Bookmark the permalink.