Question time with the Langford Beavers 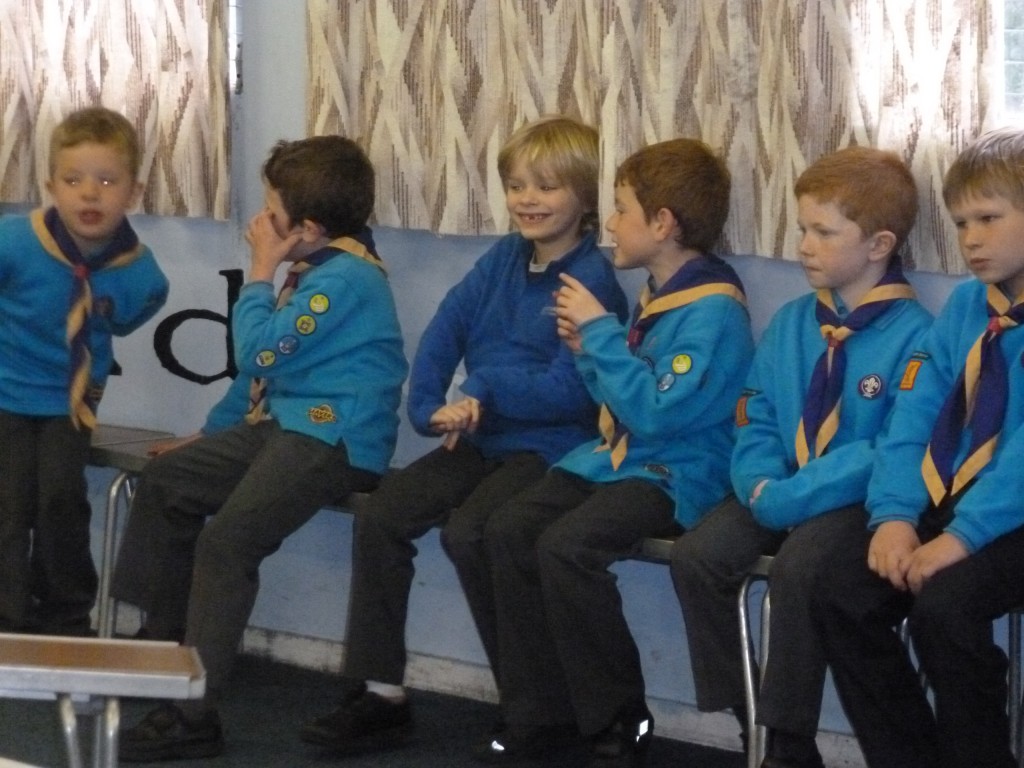 When Les asked us back to talk to the Langford Beavers we jumped at the chance. Yet again the lively beavers listened quietly and with real interest as I did the talk. At the end here was time for questions, and some good questions they were too. I thought I would share some. I hadn’t got my photos on the laptop I used to give the talk, so thiought I would put them here

What is the biggest bat?

What is the smallest bat?

Kiti’s Hognosed bat or the bumblebee bat . It is tiny, has very long legs and  throws a tantrum when caught. It is found in Thailand and is very rare. 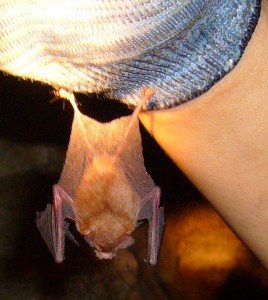 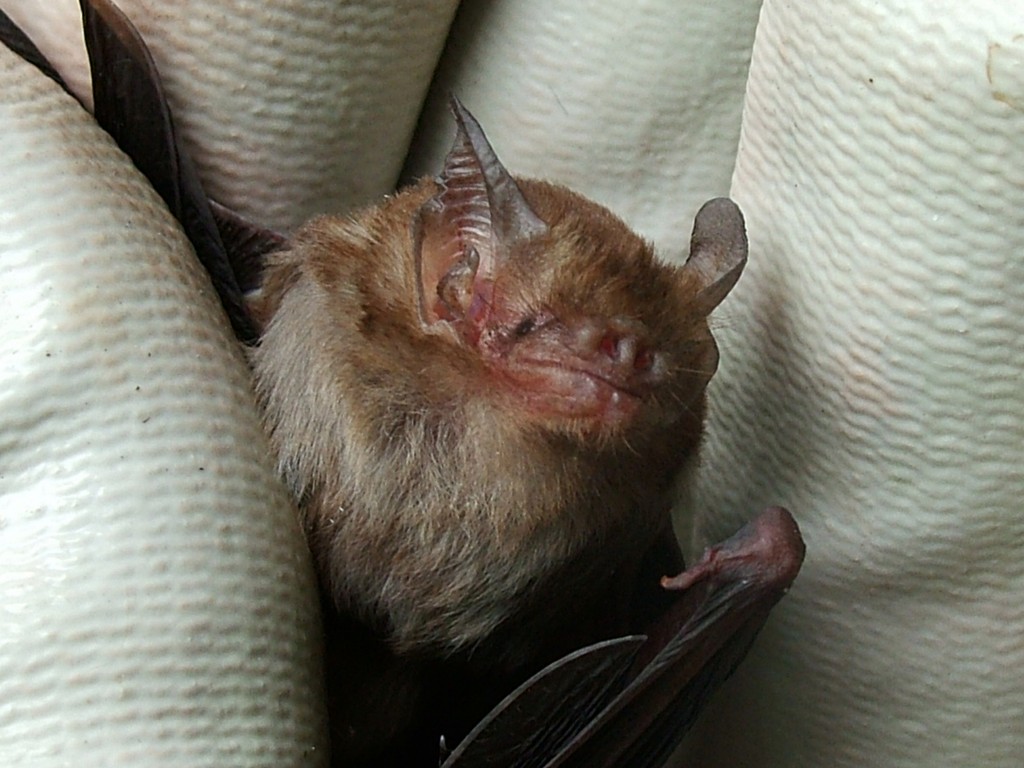 It is also known as Kiti’s hog nosed bat. It has a rather pig like nose and Kiti was the man who found it in caves in Trinidad

What is the ugliest bat? 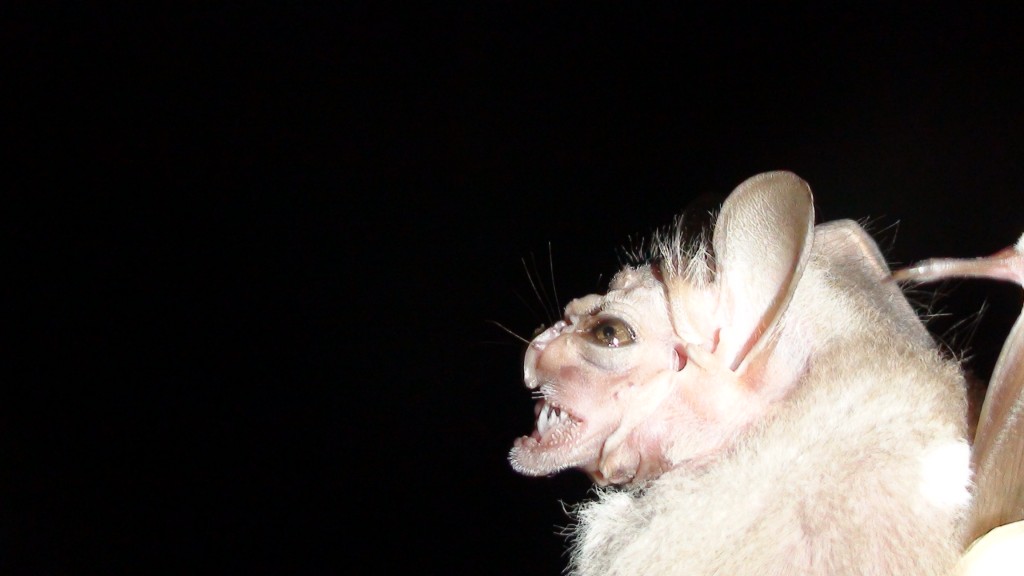 I think this has to win! Found in South America and Trinidad. I would love to see one.

What is the weirdest bat?

see above, but another strange one I have seen  is the Ghost faced bat, which I met in Trinidad. 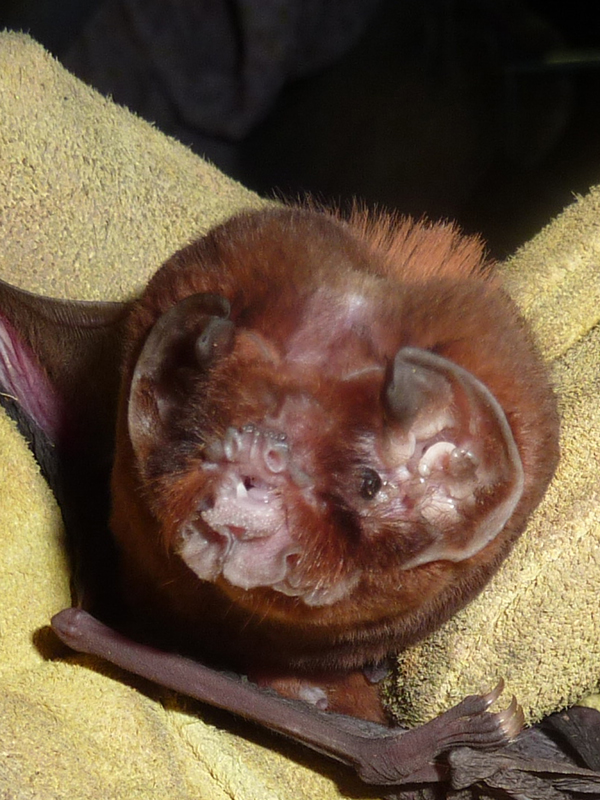 What is the most beautiful bat?

I think it has to be the painted bat from Thailand. At night they fly as normal bats do, but in the daytime they flutter like butterflies. 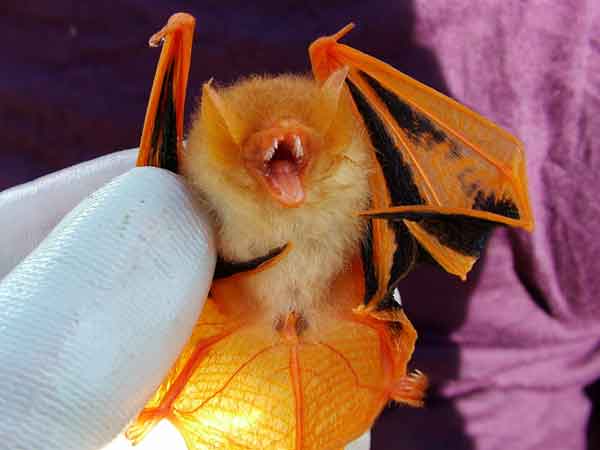 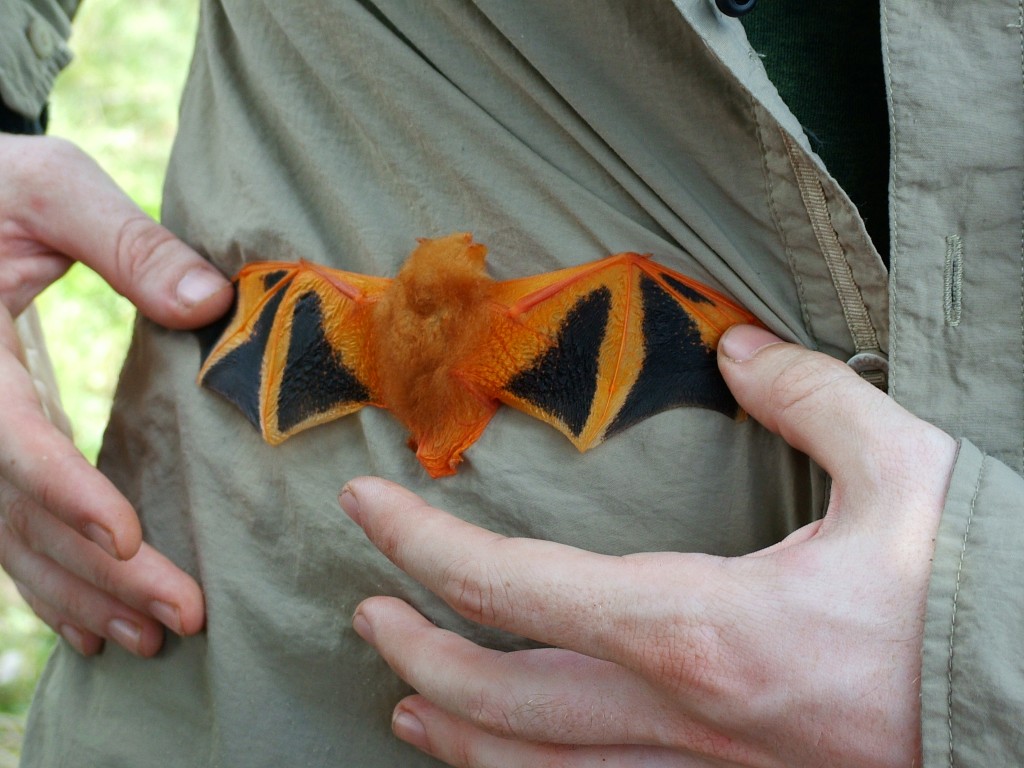 They colours get brightest in the breeding season. These bats are unusual as they pair for life

Which bat has the most beautiful  eyes? 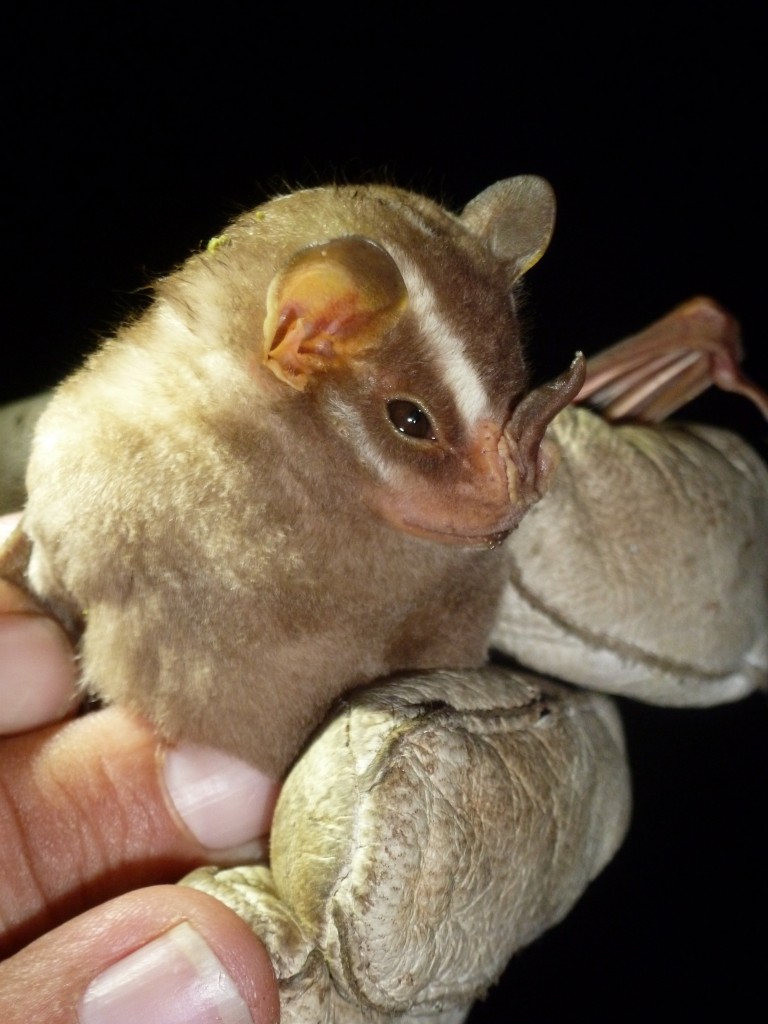 If you want to look at more wierd and wonderful bats from Trinidad, visit the Trinibats website. I have been lucky enough to go on four adventures with them and I have written accounts of some of encounters with bats which you can find on the Articles page of this website. (Scroll down the page until you get to the Bats Abroad section)

This entry was posted in Uncategorized and tagged talk. Bookmark the permalink.