After a poor night trapping last night we headed back to Tiddenfoot, which has had spectacular displays of bats both times we went.  The chief bat lookout trained her binoculars on the car park and watched as ten of us arrived and unloaded a ton of gear.

Word spread like wildfire and the bats headed off to the far side of the lake. Meanwhile, unaware of theiir treachery we set up two harp traps and settled down to wait. We had been joined by John and Vicky from the Greensand Trust (who manage the site) and Ann(e) a long standing member of the friends of Tiddenfoot. She was extremely knowledgeable about the site and told us something of the history of the location and pointed out a couple of buildings which might house bats. 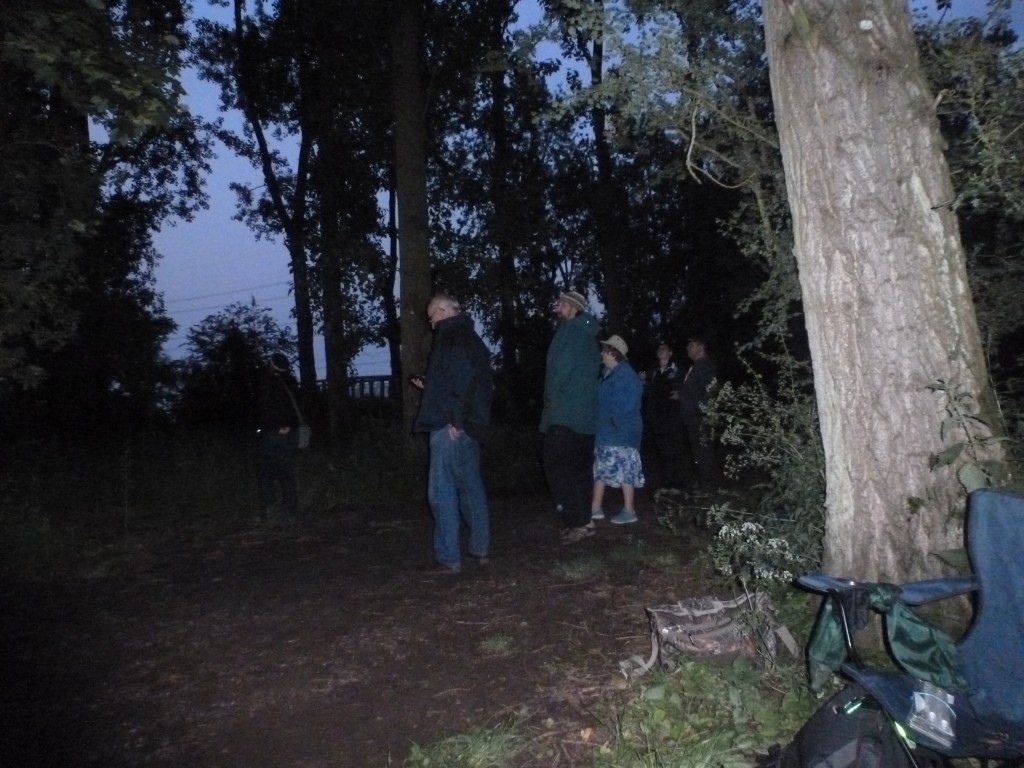 We lent her a detector and she was soon hooked! Before she left, we were able to show her a female soprano. which we had caught. Time passed, but alas very few bats did. The silence was eerie, but it was a lovely night and wepatiently settled down to wait. Time passed. Python jokes were exchanged and cake was eaten.

We managed to catch another three female sopranos

Eventually we were rewarded with  a male Noctule. He was very vocal in expressing his displeasure for being caught, but a few gentle words from Bob eventually calmed him down ,Having measured and weighed him, he was handed over to Phl, who got his first chance of handling a Noctule.

When the time came to release him, Phil was given the honour. 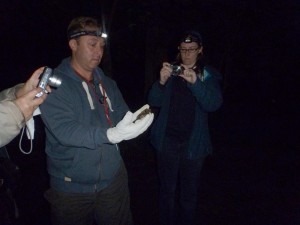 By now the Noctule had decided we were actually all tight and refused to budge – even when we took his photo Eventually Bob took over and bullied him into flying away. 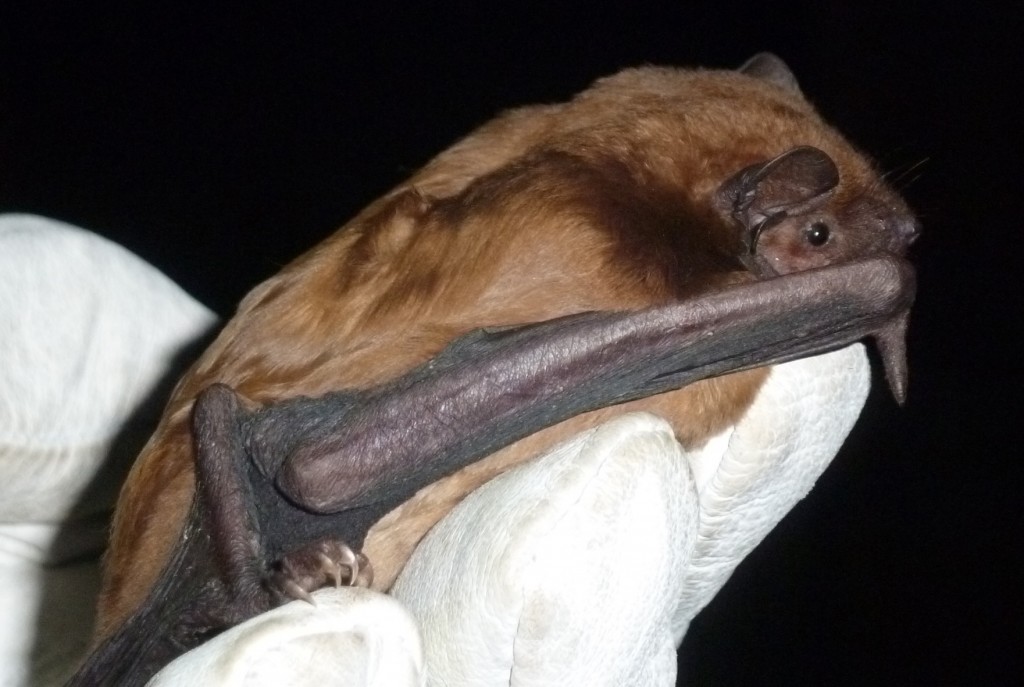 THe Noctule with no intention of flying away. Photo Jude Hirstwood

Noctule deciding Phil’s glove is the place to be. Photo Jude Hirstwood

This photo is an usual view of a Noctule. Note the beautiful long fur, the bear like ear. You might also get an impression of just how strong he is.

We eventually left at about 12.30 am – with a determination to have another try later in the year. The bats watched us leave and doubtless flowed back to the lakeside.

This entry was posted in Uncategorized and tagged harp trap., noctule, Tiddenfoot. Bookmark the permalink.

1 Response to Trapping at Tiddenfoot