We have had reports that brown long eareds who are the last species to give birth have done so locally and so we have begun to trap again. We always keep a close eye on our nets, but last night we were even more cautious and the nets were never left unattended and the bats were removed very quickly, Bob is training Soggy to use a mist net and last night the two of them headed off to Kings Wood Heath and Reach as this is a good bat site. Last night was a humid muggy night and the bats stayed indoors- no bat was heard for the first hour.

Just as Soggy was losing heart two bats flew into the net.

The first was a barbastelle,who for the sake of form had a bit of a whinge but swooned into her hands, despite Soggy describing her as scruffy. (Maybe she has spent too long with very young bats) 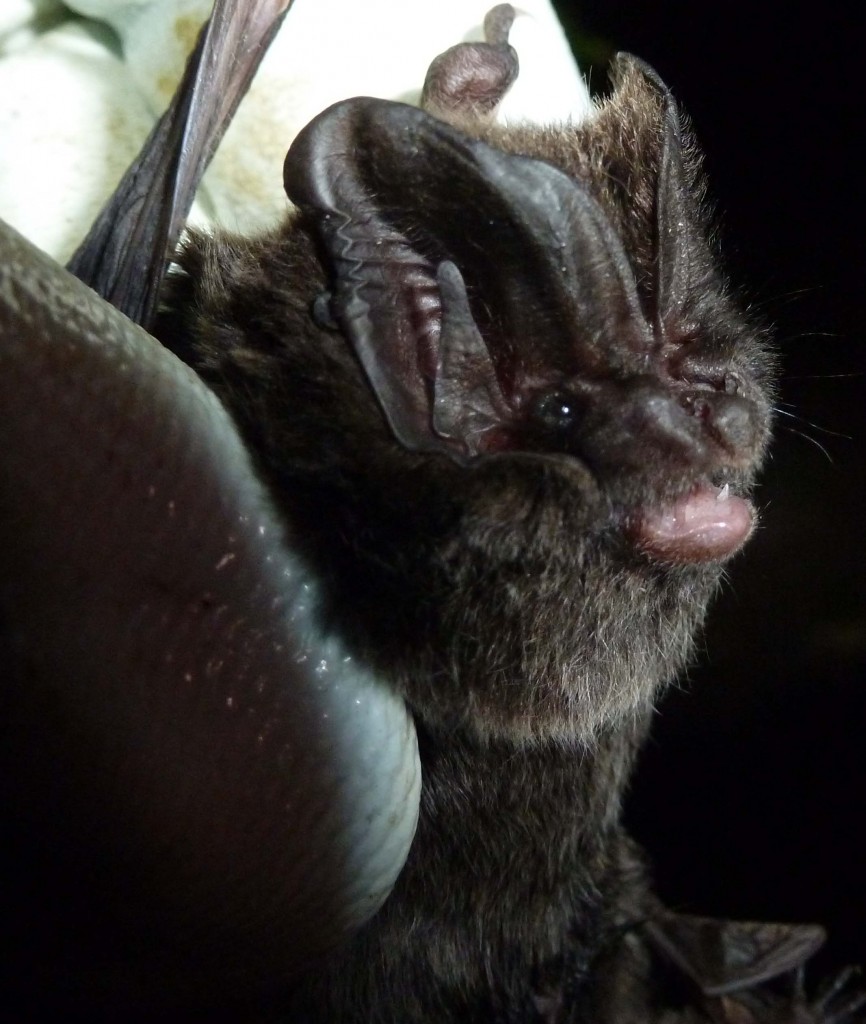 The second was in many ways the more exciting – a brown long eared bat, bearing a ring. This was a bat that had been ringed elsewhere in the wood in May this year and was in fine fettle. 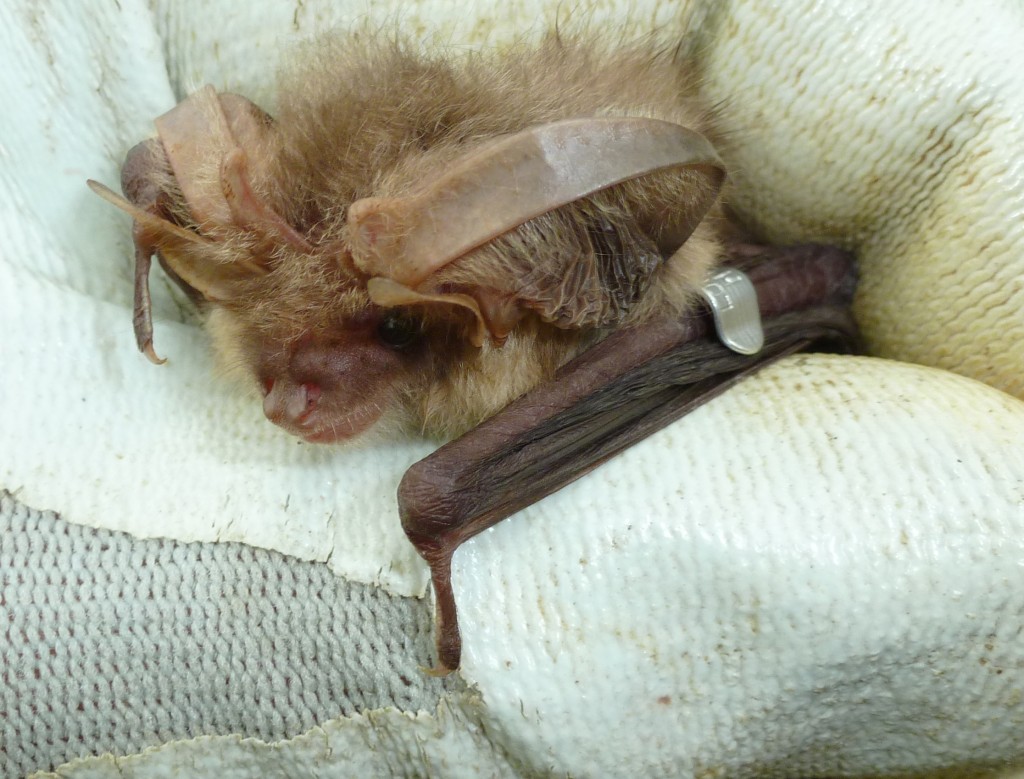