The Nathusius centred curse continued to play havoc earlier this week. Bob and Sogs tried netting at Barton, but the wind was too strong and the only they caught was a chill.

The following night, Jonathan, Andrew and Bob tried their luck near Luton with the harp trap – to no avail.

So when they set off to trap near Biggleswade hopes were not high. 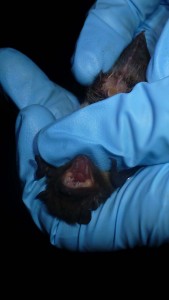 This ploy worked and the Nathusius clan put word round to the other inhabitants and 9 Daubenton’s flew into the trap. (eight of them  in a mob) and also coming into the trap was another male Nathusius. He was extremely feisty and sporting extremely well developed genitals, which were quickly swooped up in by the photographers in the group. 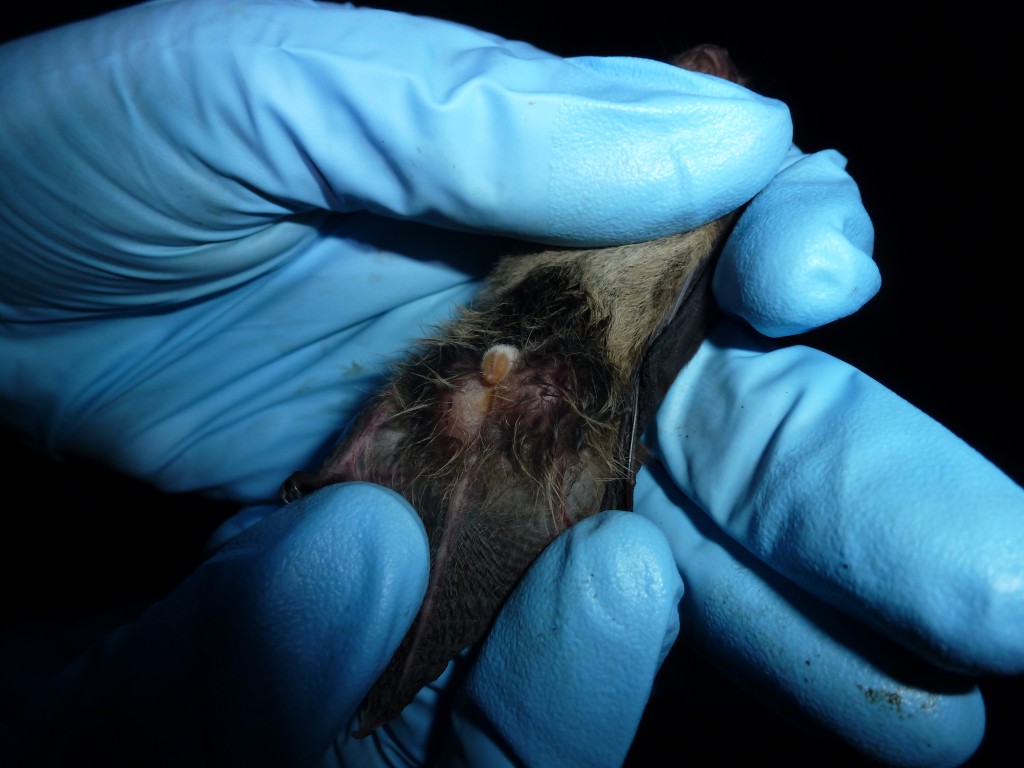 However, he soon settled and allowed Bob to take the all important close up Bob says his photos do not do the male Nathusius justice- maybe some-one else managed a more explicit shot

.In the meantime, here are some pictures, taken when he was feeling kinder towards us. He is being held in an ungloved hand by a very experienced bat worker, who was taught this grip by Daniel Hargreaves. This prevents him from wriggling and seems to have a calming effects on bats 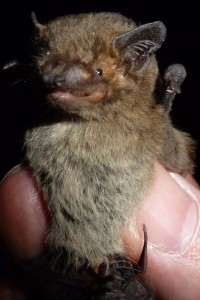 Do I look cute in this? Photo Bob Cornes 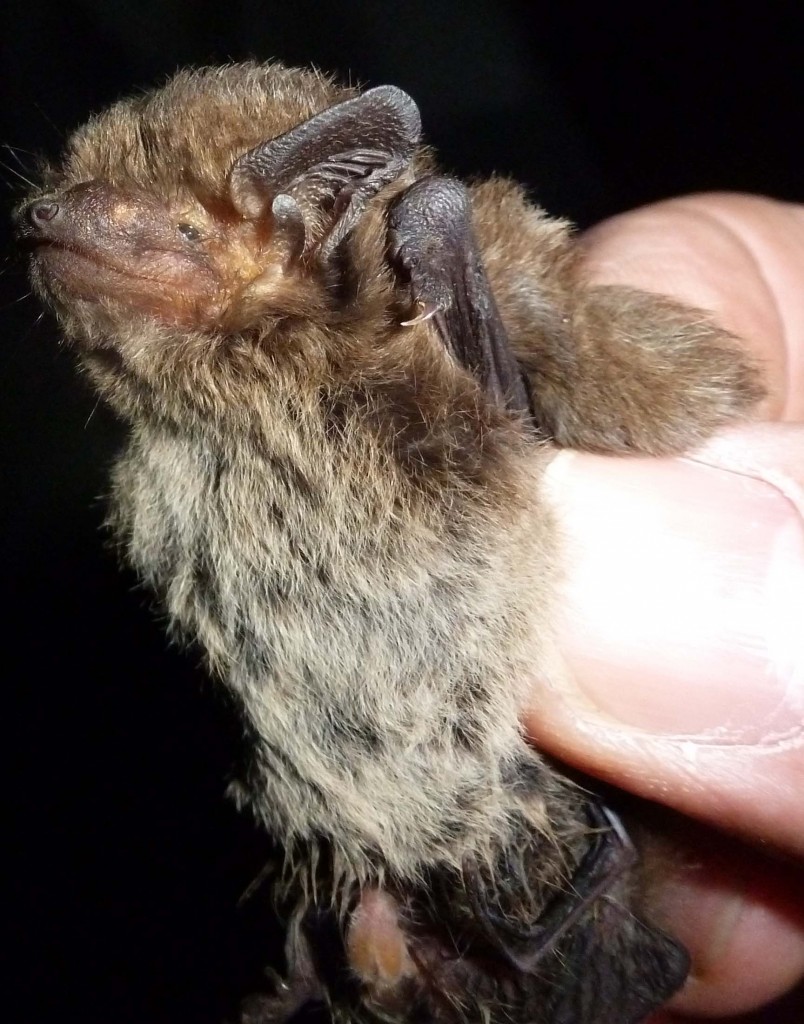 There is now one more Nathusius with a ring.

Other people are catching them, but is interesting the females are still proving elusive across he country. Hope these guys hit lucky!

This entry was posted in Uncategorized and tagged Daubenton's, harp trap., Nathusius survey. Bookmark the permalink.