It started off being a night to show Kel and Hedj how to set up a harp trap, with Becky and Nicky coming along to watch. Then, just before we set off, Daniel Hargreaves rang to say he was in London and were we planning anything that night. He bought two harp traps and lures with him, so Kel got more practice then we had planned.

It was a beautifully warm night and we settled down to wait.

While we waited we turned a lot of new bat bags inside out, ready for the bats.

This was a record night for the Bat Group, between sunset and  1.30 we caught 66 bats. They were very kind in that they came into the net steadily

45 of these bats were juveniles and  all the bats were evenly distributed between the three traps.

Several times,. there were several bats in a harp trap . ( These were checked every five minutes or so, in case we caught any females who were still lactating). This was the result of collection from one trap 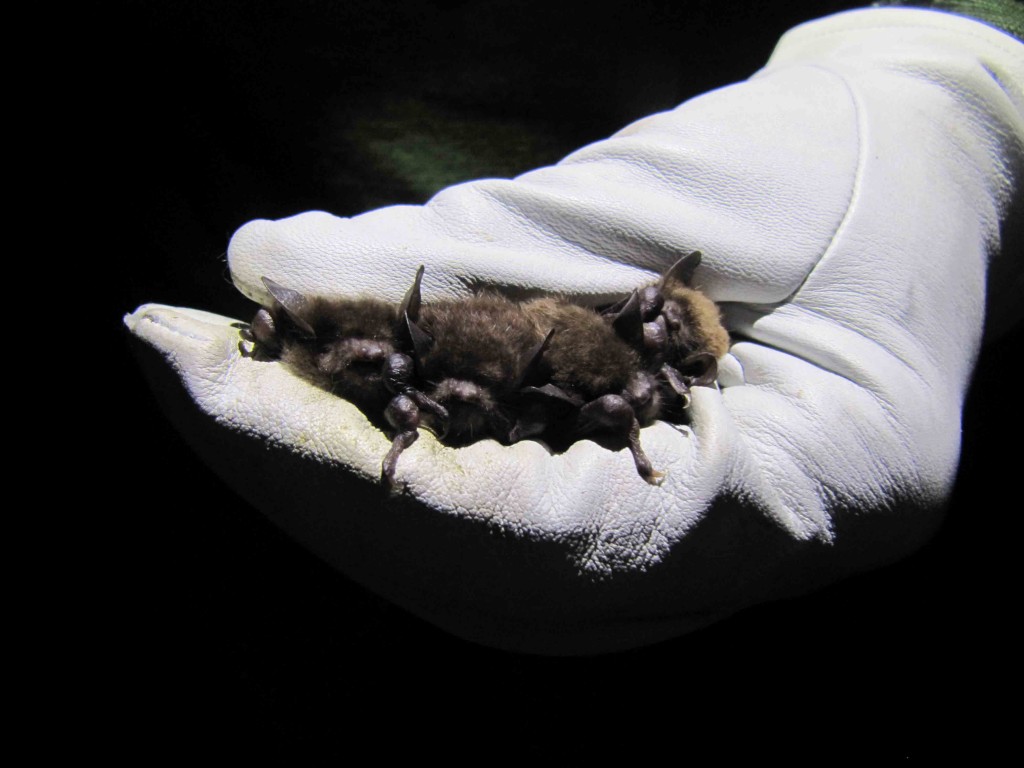 We also managed to catch a common and a soprano pipistrelle at the same moment. 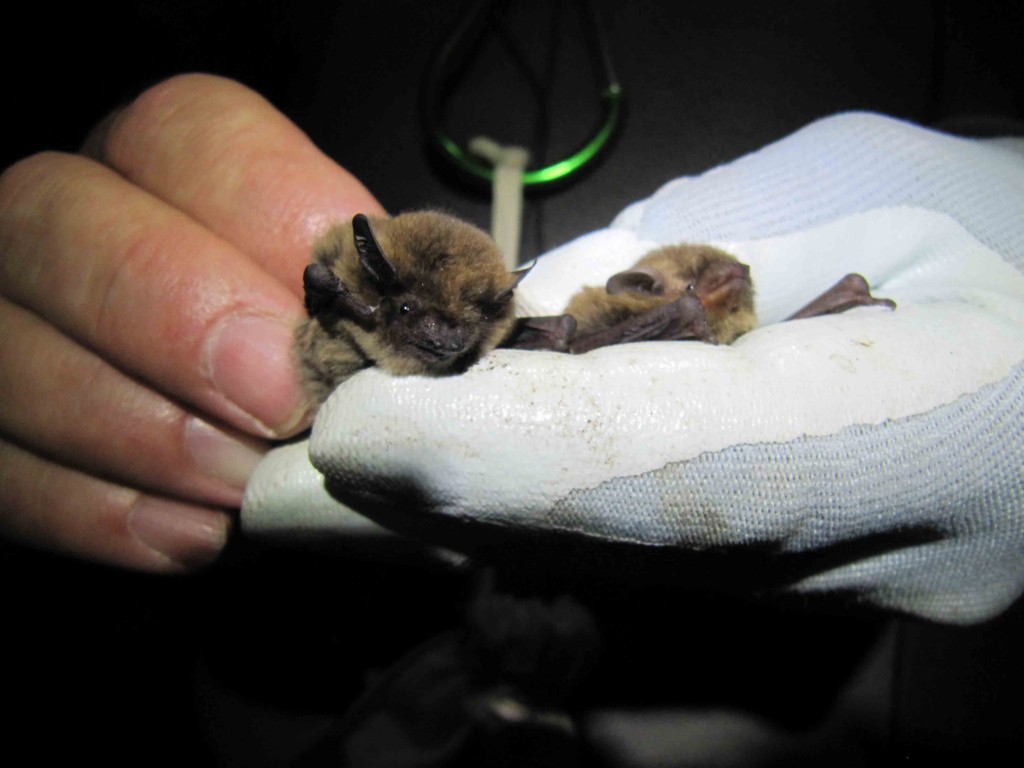 Kel and Hedj intended staying to midnight but stayed on later when we caught an amazing Noctule. This was a male in what is is known in the bat world as ” in full breeding condition”. This year has been a good breeding season and this gentleman was all fired up ready to go on the pull.. As Daniel explained ” if a bat has a small penis, then it is female” There was no doubt as to the gender of this gentleman, in addition to very enlarged testes, 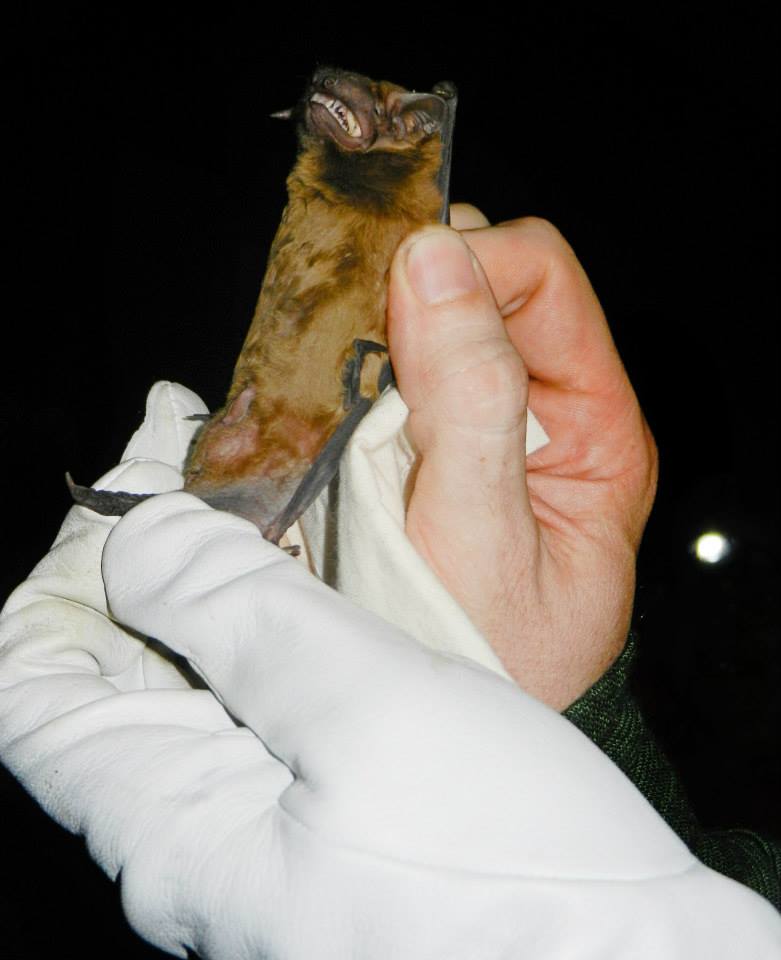 His buccal glands were also massive. These glands produce secretions that the bats licks onto his fur to attract females (rather like humans using after shave, if after shave worked like they claim it does in the adverts) 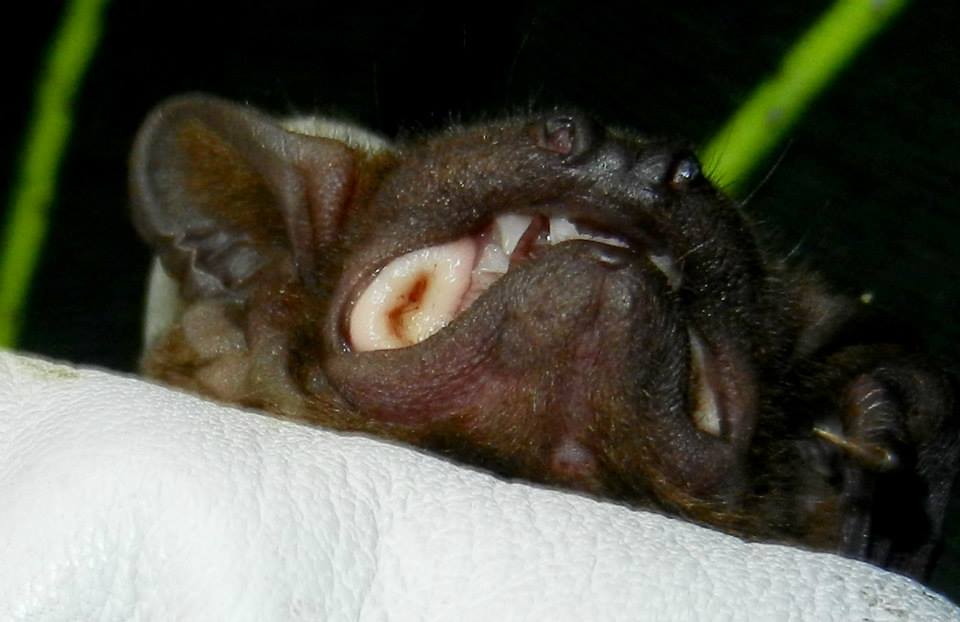 The problem was that he was so flattered by our comments on the generosity of his genitals, he did not want to leave us, and even Daniel had trouble persuading him to depart. 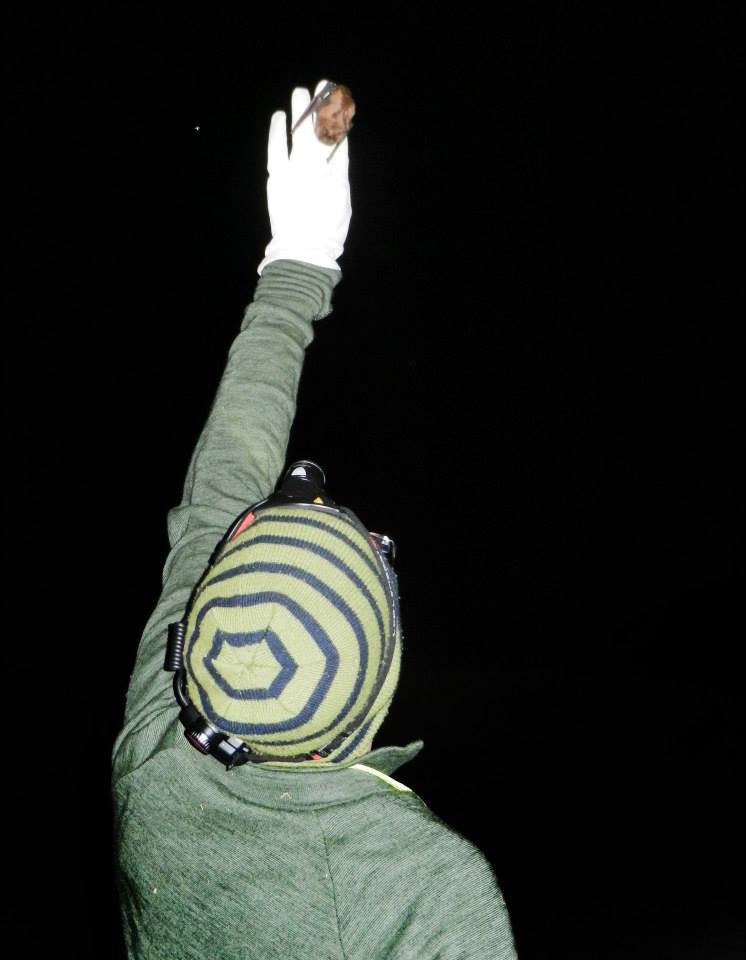 By now it was well past midnight and Kel and Hedj  had to tear themselves away as they had an early start. Of course the inevitable happened and shortly after they left we caught our only common pipistrelle of the night, shortly followed by a brown long eared bat.. This was the most exciting find of the night as in all our time of surveying Harrold Odell Country Park we have never seen and heard one before . 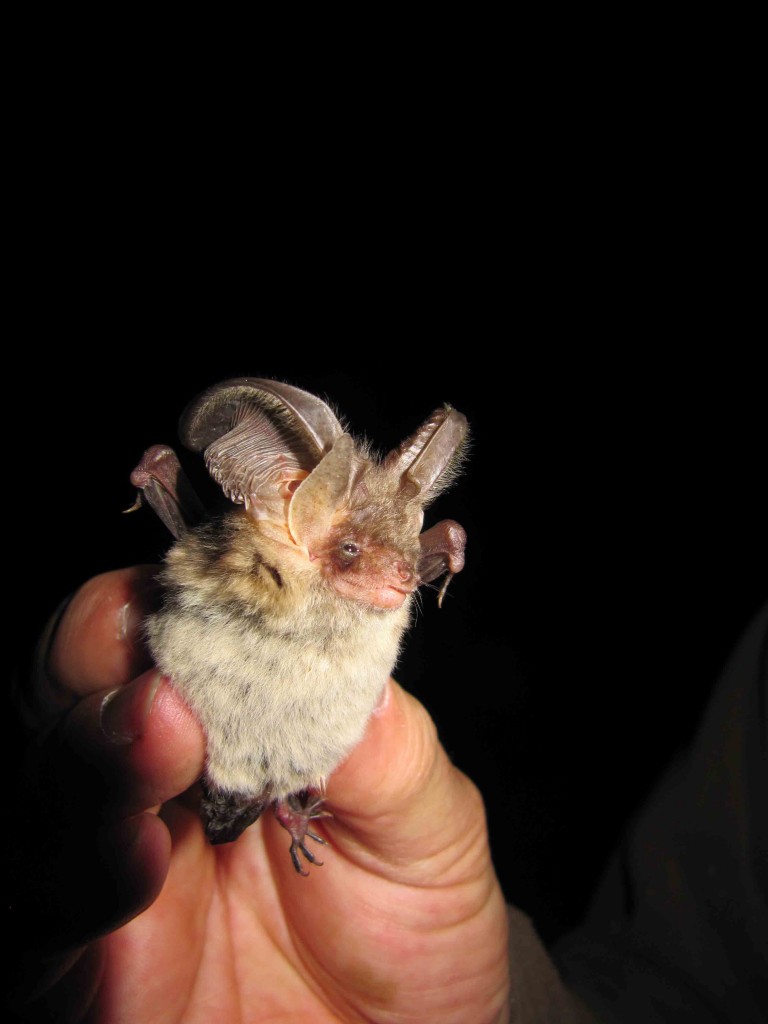 It was after 1.30 when we finished and Nicky had to be at a meeting with the Friends of Harrold Odell- at least she had something new  and exciting to tell them