Posted on September 4, 2014 by batsinbeds 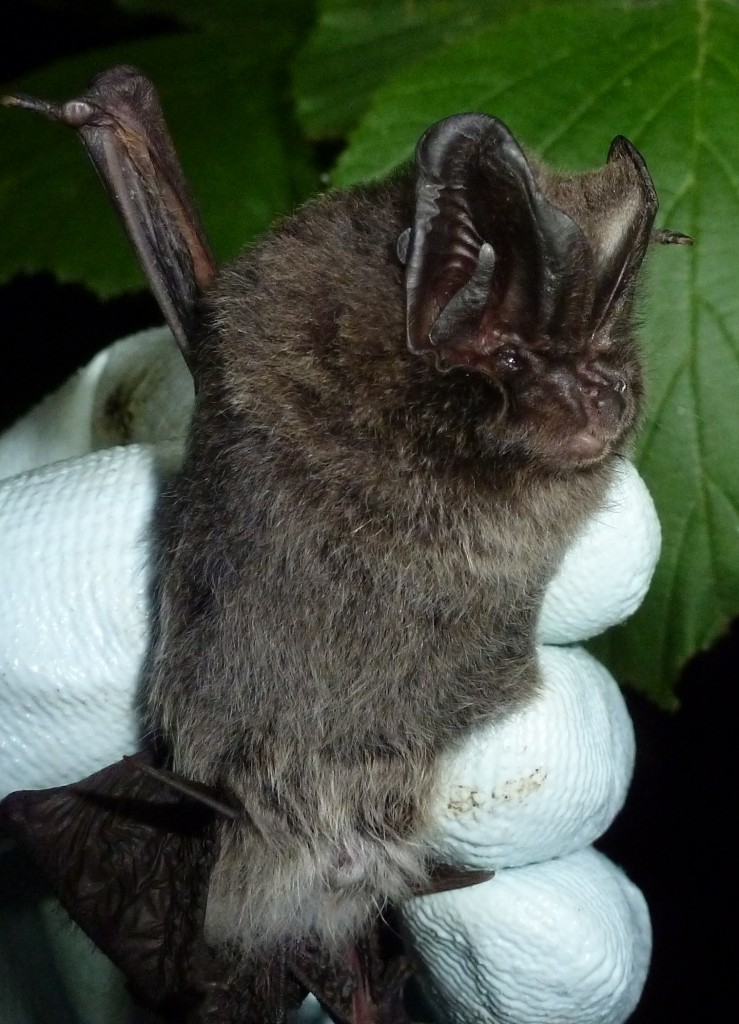 Soggy has been getting practice at mist netting this season, so Bob fixed a trip to Kings Wood with her The aim was to try to trap in an area where there has been a fair amount of activity in nearby bat boxes.

They were joined by Rhona, a very experienced bat worker, who has never seen a barbastelle.

They set up nets and a harp trap near  a muddy part of the track. After  a quiet start, the gang was rewarded with 4 barbastelles who appeared in 2 mist nets The nets also caught a common pipistrelle,

The harp trap and lure was a little less successful but it caught two brown long eared bats and a Natterer’s . One of the brown long eareds was one that Bob had found in an adjacent bat box and ringed. The other had not been caught before and was ringed before release.

Any one in the wood would have heard a strange noise , just to reassure you , that was Rhona shrieking in delight at the sight of her first ever barbastelle and the shrieks got louder the more we found.