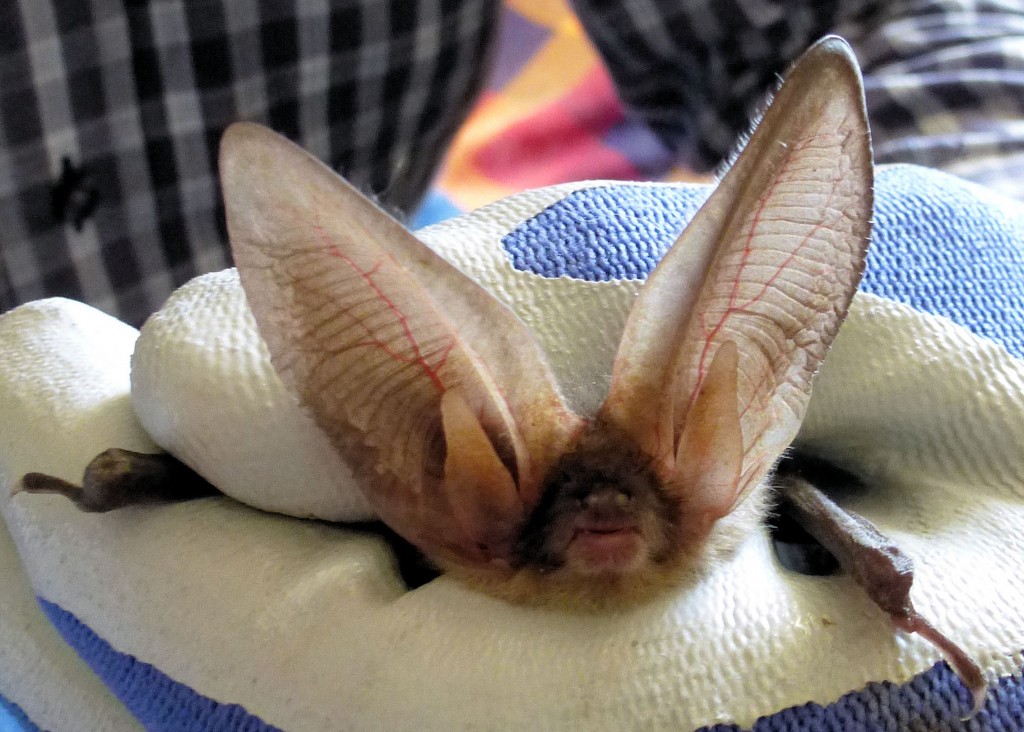 Dick and Geraldine were called out to a bat call on Sunday.

On Sunday afternoon, we collected a grounded bat from the Wilkinson’s store in Dunstable. The bat was discovered at the bottom of the staircase that leads up to the warehouse.

The warehouse staff were fascinated by the bat, and who can blame them?
We were both thrilled when we got our first look at him and realised it was a Brown Long Eared Bat, our first pick up of that species.

We got food and water into him when we got him home. Took him back to the car park by Wilkinson’s on Sunday evening, as there were no visible injuries. But he obviously needed a bit more rest and recuperation, as he belly flopped on to the ground three times. So it was back home with us to be fed up some more, though he was already a good weight.

Had mentioned to Angie in an email that we were hoping to release him on Tuesday evening. Angie was going to be in Dunstable, so we arranged to meet Angie in the car park by Wilkinson’s after her evening activity had finished. We gave Angie the honour of letting the BLEB go. He flew off
strongly, circled around a bit to get his bearings, and disappeared into the night sky . So a story with a happy ending.:-)