On Sunday Justin Tilley and family and  Antonio Murano joined Bob in checking the boxes.Of the original boxes, by the end of the day only 4 had never had bats in.Of the 5  Le Fage boxes put up this year have yet to have a resident , but we have found dropping, which bodes wells

One of the boxes we checked had only been occpied once ( in 2011) but was home to 2 Brown long eareds.

In all seven of the boxes were occupied.

Residents included this pip which looks absolutely angelic in the photo but was an extremely stroppy and vocal individual,w ho took some time to calm down. 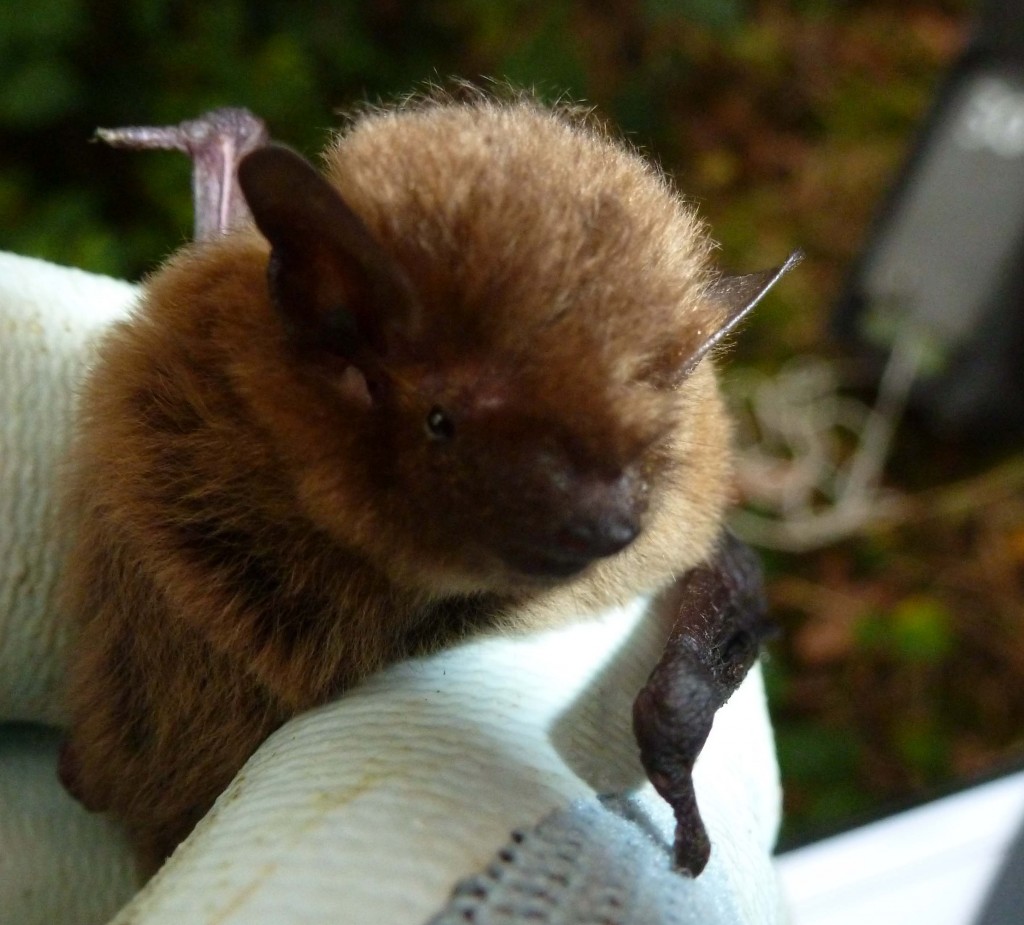 Who are you calling grumpy? Photo Bob Cornes

None of the Brown Long eareds we found lacked a ring 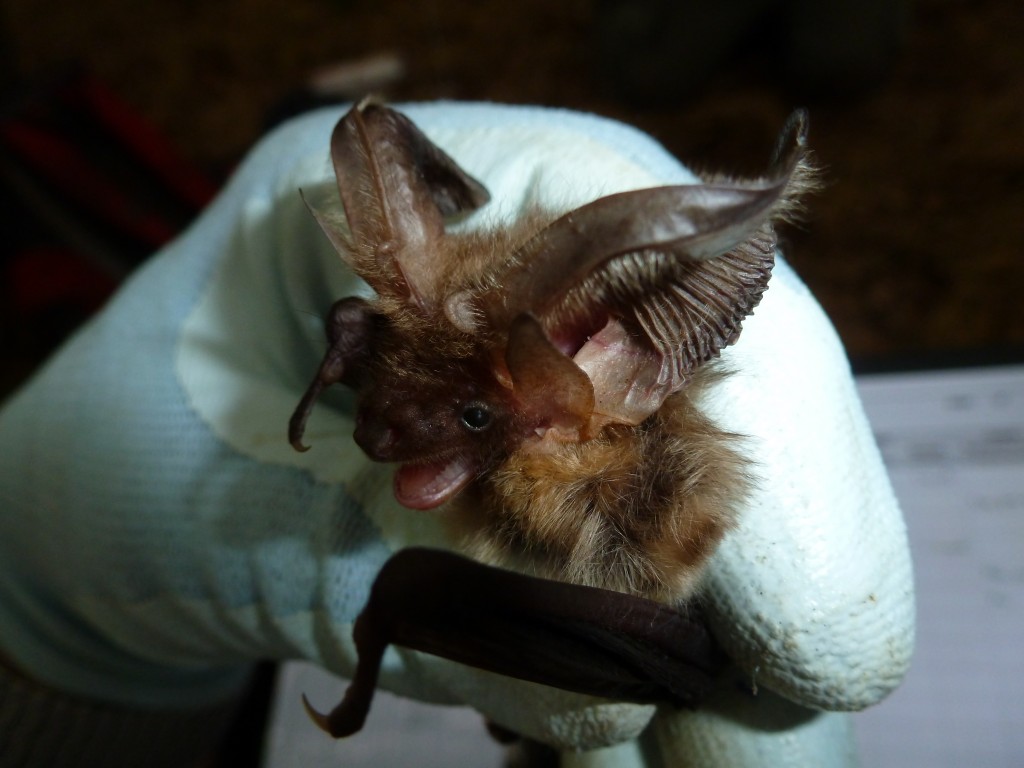 Favourite find was probably this Noctule, which was found in the box which was home for a male Noctule, but this was a juvenile female.

After next month’s check Bob will be having a look to see if there is any pattern in Brown long eared’s box useage. It is still early days yet, but the BLEBs at both Finemere and Wytham Wood have discrete sub populations, but they have many more years of data to draw on