A rare bat in care

Now is the time of year when bats are going into hibernation and bat calls finish but we had  a call a coule of days ago which got us very excited.

“We got the call to collect a bat from Manshead School, on the outskirts of Dunstable. This is the second time a bat has been collected from this school this year. Different species, but both were uninjured males, and found clinging onto the same area of wall. The previous one was a Daubenton which Angie collected and released.

I actually jumped for joy as I got my first view of a Barbastelle, Dick has had one in the hand before at a trapping session – that was at the Swiss Garden on the night of the day he retired.

All bats are special, but when you get your first view of a “new to you” species it’s a humdinger of an experience. 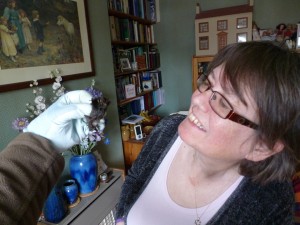 Dick phoned Bob to consult him as Dick was concerned about what appeared to be orange coloured eggs on the Barb’s ears, turns out they’re the larvae of mites which is quite common for Barbs to have.”

Bob being a real fan of barbastelles, went over to see the bat yesterday.and sure enough he ( the bat not Bob, pay attention) had mites on his ear.

For a bat to be on a wall for several days means something is not right. The mite infestation is another indicator that all is now as it should be. Barbastelles usually weigh between 7 and 10 grams and this individual weighted only 6.7 grams, so he will not be released until he put on some weight, as he has to have enough body fat to survive see him through hibernation. 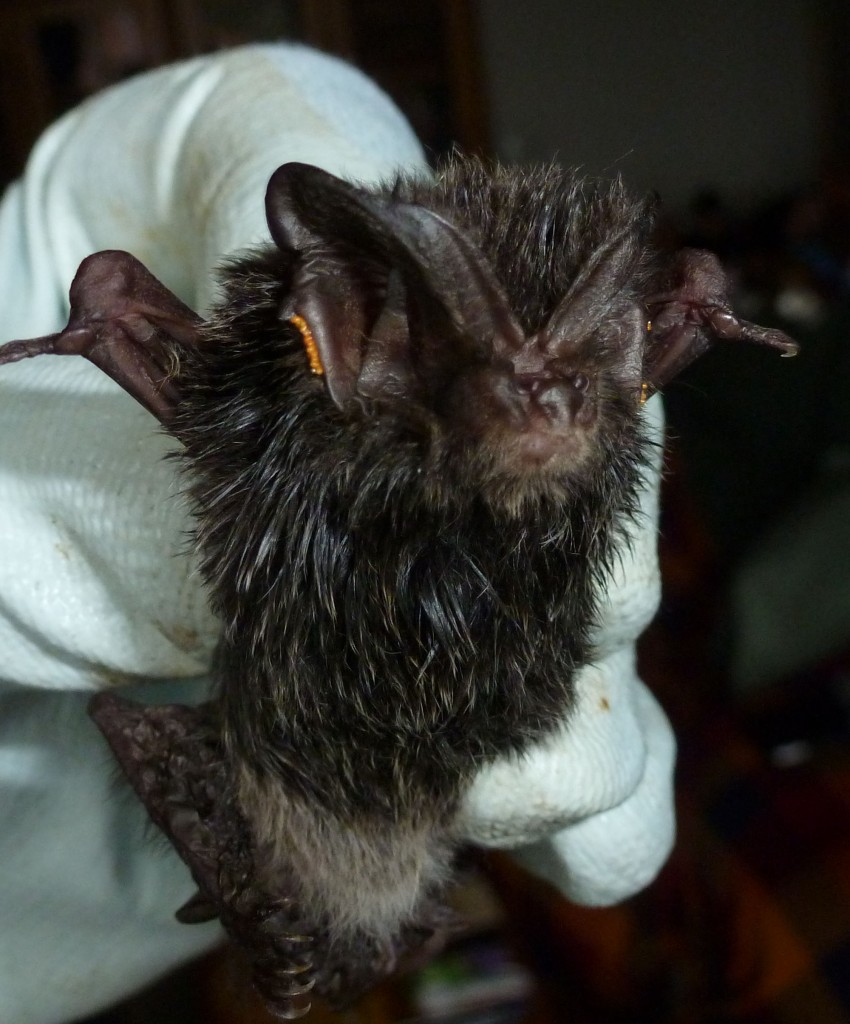 It has to be said he looks very tatty and you can see from the photo the mite eggs that Geraldine mentioned.

This entry was posted in Uncategorized and tagged barbastelle, bat care. Bookmark the permalink.