A Barbastelle in a Kent bat box at Priory Park

Posted on November 3, 2014 by batsinbeds

On Sunday Danny Fellman was doing his monthly check of the boxes at Priory Country Park and made the most remarkable discovery. He went back later with his posh camera and this is what he took.If you look at the close up, you can imagine the beast is grinning 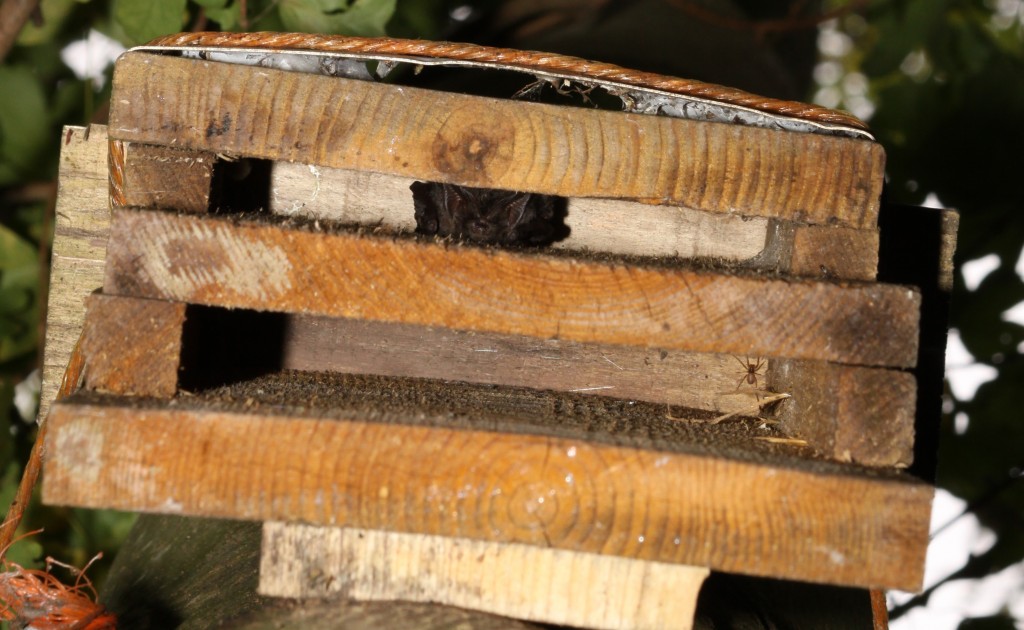 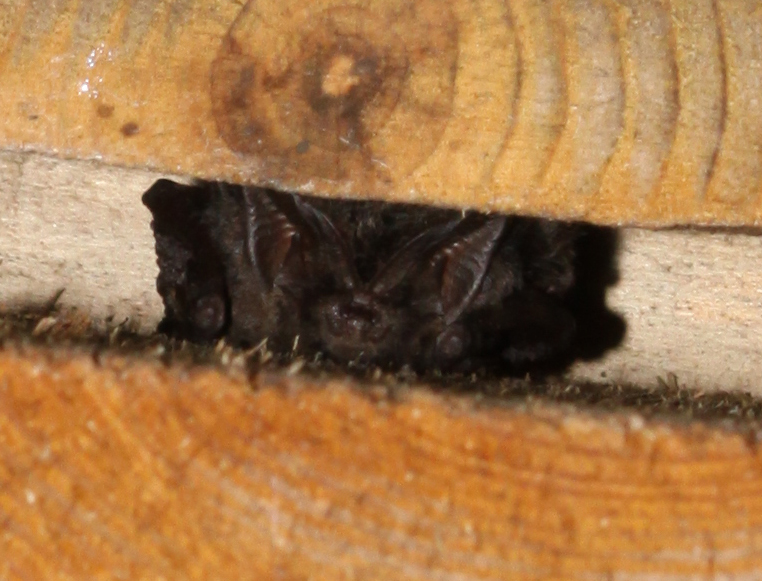 The excitement that has passed through the Bat group is considerable. We have never found a barbastelle in any bat box before. The box was a stone’s throw from one of the pacs we have been harp trapping this year. The call sequence includes a barbastelle call but we have not caught one.

This is the first ever record of a barbastelle at Priory despite all the surveys and walks we have held there is the past five years. The best belated halloween present we have ever had!

This entry was posted in Uncategorized and tagged barbastelle, bat boxes, Priory Park. Bookmark the permalink.