Putting up boxes at Rushmere and Stockgrove 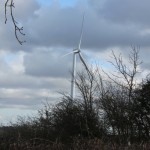 On a cold clear day Bob, Jo, and Phil  finally got to put up some of the twenty boxes which were bought by the owners of the Double Arches wind turbine as a way of improving habitats for bats.

They were greatly helped by James and another  Bob,  two of the Stockgrove Rangers, who drove the boxes around the site., which made life a lot easier as these boxes are very heavy. Phil and Jo scampered up and down ladders, while Bob pointed his finger a lot.

By the end of the day 18 boxes had gone up, leaving three to be installed at a later date at Kings Wood, 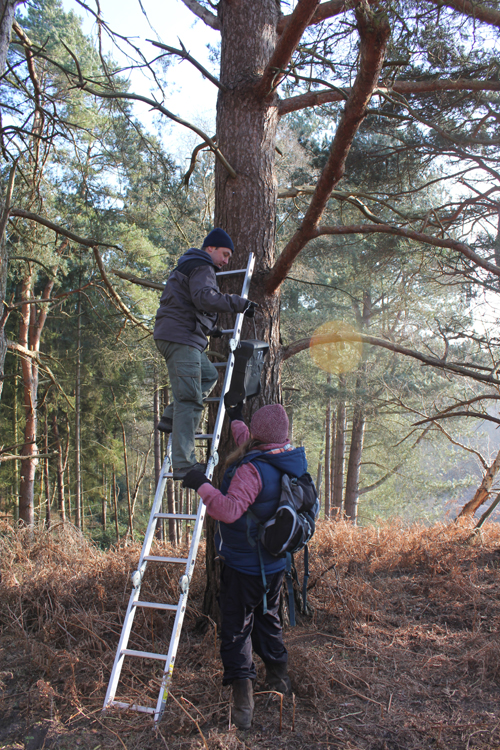 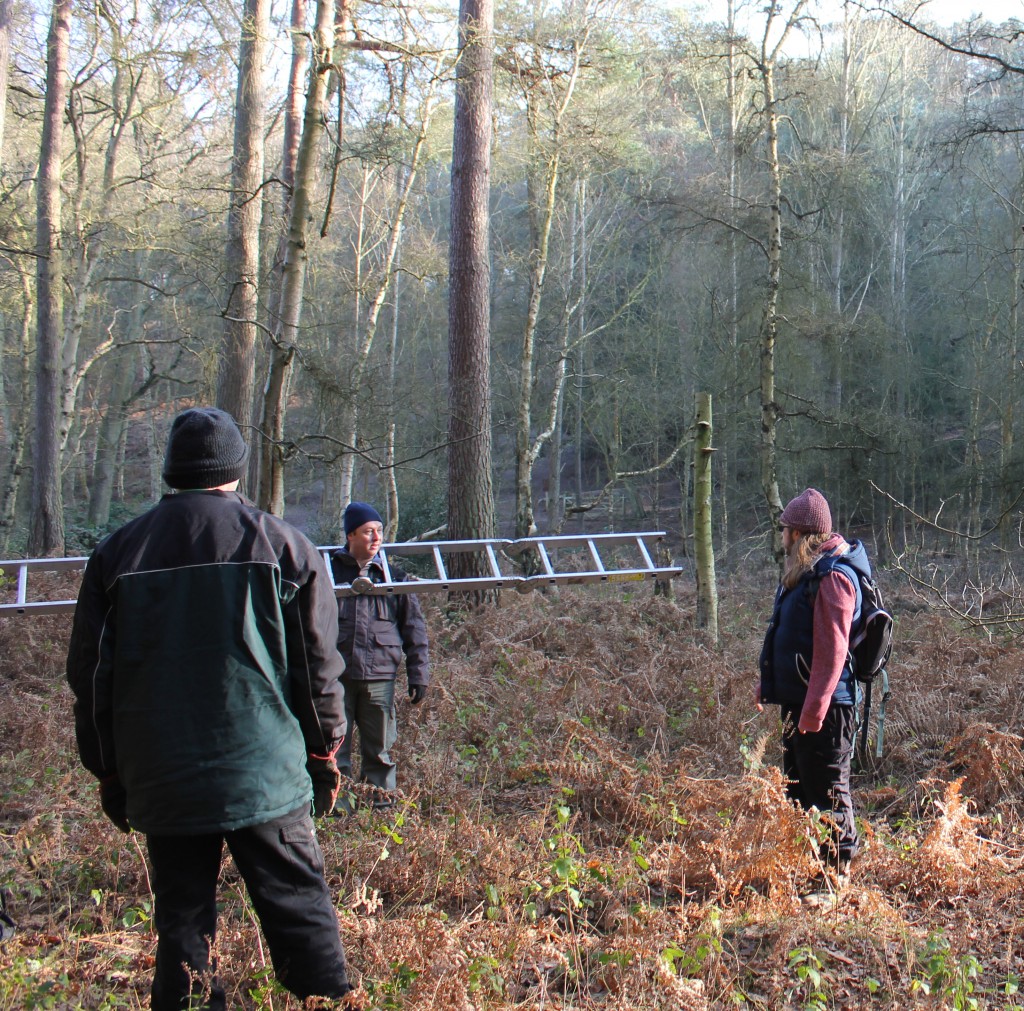 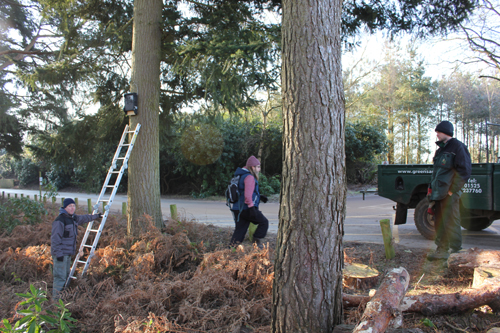