This is one of a series of 6 children’s books published between 1954 and 1976 illustrated by her son Peter Boston. Some of the stories feature Toseland, a boy called Tolly for short, and his great-grandmother Mrs.Oldknow. Green Knowe is inhabited by the spirits of people who lived there in ages past,

“They dusted, and took Tolly’s find to the window. It was nastier in full daylight than he had realized, like an unclean piece of a mummy. The claws were still on the corners making hooks to hang it up by. It was indeed a bat book. The skin had been cured and dried, the wings stretched to their full extent. The bat’s furry back was the leather that joined them. Inside in dim and dirty but slightly phosphorescent white paint there was writing. A bat’s wing makes a small sail shaped page. The first was taken up with these words –

THE LANGUAGE KNOWN TO US AS CROSSING THE RIVER

The other side was filled with strange signs, over each of which someone had written in a browning black that looked like blood much smaller letters now almost invisible.

“It’s a witch’s code!” said Tolly in triumph. “No it’s an alphabet. And it goes backward. Look A is at the end.”

Many thanks to Geraldine who found this.

Devils are depicted with bats’ wings and good angels with birds’ wings, not because anyone holds that moral deterioration would be likely to turn feathers into membrane, but because most men like birds better than bats.”

Dodie Smith “Look back with gratitude”. This is her 4th book of autobiography. Thanks to Geraldine for finding this. 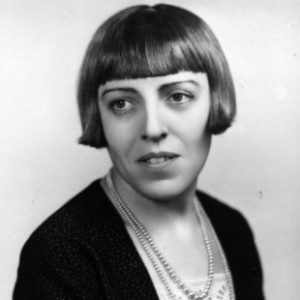 “One of my last memories of the Litvak house is of waking in the very early morning to find a bat asleep on the pillow beside my head. I almost panicked! Did not bats get into one’s hair, were they not covered with vermin? Then I controlled myself and decided that, for the first time in my life, I had the chance to take a good look at a bat. I found it beautiful, fairy-like – perhaps more witch-like, but I had long been attracted by witches. Still, I couldn’t go to sleep with it beside me. I slid out of my bed quietly, covered it with a handkerchief, then slipped my hand under bat and handkerchief and carried them to the door onto the roof-top accessible from my room. It felt nice to hold, quite dry and faintly warm.
I found it a sheltered place, put it down and removed the handkerchief. It stirred and folded its wings, looking mouse-like. Then it crawled into a crevice. For a while I sat on the parapet of the roof-top, looking at the sea; the sun was already up but the lights of Santa Monica were still twinkling. I felt fond of my bat and sorry to be leaving that very pleasant house.” _____________________________________________________________ 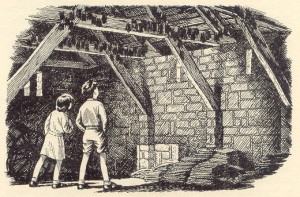 Enid Blyton of all people has written about bats. In a book called Enid Blyton’s Animal Lover’s Book she even describes a sonic lure . Thanks to Viv for finding this. 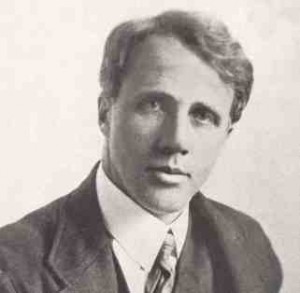 I dream upon the opposing lights of the hour,
Preventing shadow until the moon prevail;
I dream upon the night-hawks peopling heaven,
Each circling each with vague unearthly cry,
Or plunging headlong with fierce twang afar;
And on the bat’s mute antics, who would seem
Dimly to have made out my secret place,
Only to lose it when he pirouettes,

A new book of bat related poems has been published, with all the profits from it going to the Bat Conservation Trust.ts called ” On a Bats Wing “Edited by Michael Baron ISBN: 978-1-905512-27-0 £7.99. You can order it from this website

Myself, I rather like the bat.
It’s not a mouse, it’s not a rat.
It has no feathers, yet has wings
It’s quite inaudible when it sings,
It zig zags through the evening air
And never lands on ladies’ hair,
A fact of which men spend their lives
Attempting to convince their wives

While I wrought out these fitful Danaan rhymes
My heart would brim with dreams about the times
When we bent down above the fading coals
And talked of the dark folk who live in souls
Of passionate men, like bats in dead trees.”

DH Lawrence really doesn’t like bats much..
The Bat

“Dinah my dear! I wish you were down here with me! There are no mice in the air, I’m afraid, but you might catch a bat, ….., `Do cats eat bats? Do cats eat bats?’ and sometimes, `Do bats eat cats?’ for, you see, as she couldn’t answer either question, it didn’t much “matter which way she put it.

Extract from “The Phases of the Moon” W. B. Yeats”

And then he laughed to think that what seemed hard Should be so simple – a bat rose from the hazels And circled round him with its squeaky cry,”

The welsh poet RS Thomas wrote at least two poems which featured bats. He if often called “the poet of the hidden god’ and poem after poem finds him kneeling in a church waiting for god who, unlike the bats, refuses to appear. RS Thomas 1913-2000 “In Church” Often I try
To analyse the quality
Of its silences
Is this where God hides
From my searching?
I have stopped to listen
, After the few people have gone,
To the air recomposing itself For vigil.
It has waited like this
Since the stones grouped themselves about it.
These are the hard ribs
Of a body that our prayers have failed to animate.
Shadows advance
From their corners to take possession
Of places the light held
For an hour. The bats resume
Their business.
The uneasiness of the pews
Ceases.
There is no other sound
In the darkness but the sound of a man
Breathing, testing his faith
On emptiness, nailing his questions
One by one to an untenanted cross.”

A haiku for the summer Hiroshige “Men chasing bats” (detail)

“Darting here and there the bat is exploring the moonlit plum”

Mark Twain A bat is beautifully soft and silky; I do not know any creature that is pleasanter to the touch or is more grateful of caressings, if offered in the right spirit.” from Mark Twain’s autobiography Mark Twain’s description of a terrifying encounter with bats in the climax of “The Adventures of Tom Sawyer”, when Tom and Becky get lost in a cave which is home to bats. “Under the roof vast knots of bats had packed themselves together, thousands in a bunch; the lights disturbed the creatures and they came flocking down by hundreds, squeaking and darting furiously at the candles. Tom knew their ways and the danger of this sort of conduct. He seized Becky’s hand and hurried her into the first corridor that offered; and none too soon, for a bat struck Becky’s light out with its wing while she was passing out of the cavern. The bats chased the children a good distance; but the fugitives plunged into every new passage that offered, and at last got rid of the perilous thing” A bit harsh you might think – and he would agree with you. “A bat is beautifully soft and silky; I do not know any creature that is pleasanter to the touch or is more grateful for caressing, if offered in the right spirit.” “I know all about these Chiroptera (sic), because our great cave, three miles below Hannibal, was multitudinously stocked with them, and often I brought them home to amuse my mother with. It was easy to manage if it was a school day, because then I had ostensibly been to school and hadn’t any bats. She was not a suspicious person, but full of trust and confidence; and when I said, “There’s something in my coat pocket for you,” she would put her hand in. But she always took it out again, herself; I didn’t have to tell her. It was remarkable, the way she couldn’t learn to like private bats. The more experience she had, the more she could not change her views.” “I think she was never in the cave in her life; but everybody else went there. Many excursion parties came from considerable distances up and down the river to visit the cave. It was miles in extent and was a tangled wilderness of narrow and lofty clefts and passages. It was an easy place to get lost in; anybody could do it–including the bats. I got lost in it myself, along with a lady, and our last candle burned down to almost nothing before we glimpsed the search party’s lights winding about in the distance. ” ‘Injun Joe’, the half-breed, got lost in there once, and would have starved to death if the bats had run short. But there was no chance of that; there were myriads of them. He told me all his story. In the book called Tom Sawyer I starved him entirely to death in the cave, but that was in the interest of art; it never happened.”
top
__________________________________________________________________________________________

Calvin and Hobbes A wonderful series of cartoons about having to right a school report.