The original Count Bat Project in 2007 led to a number of successful spin offs in 2008.

In January 2009 the bat group invited the Bat Conservation Trust’s Count Bat Team to Queen’s Park to meet those involved with the project. We used this as an excuse to celebrate two years of the project

Our relationship with the Park Ranger Service evolved  to cover more of Bedford. 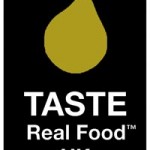